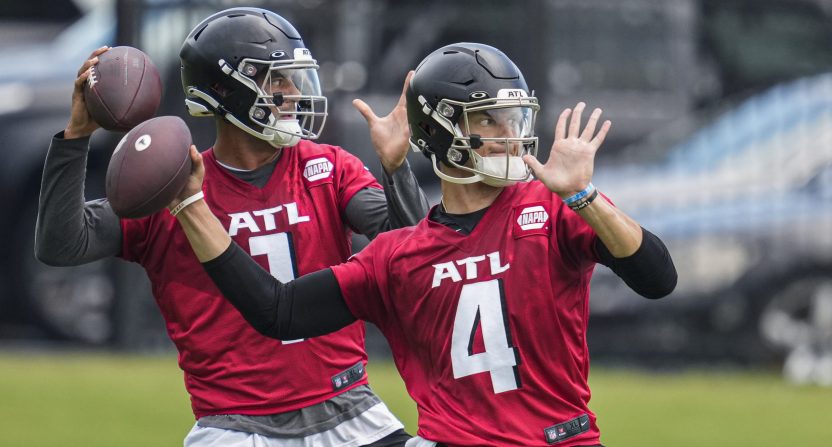 Marcus Mariota is expected to be the Atlanta Falcons’ starting quarterback to start the 2022 NFL season, but rookie Desmond Ridder appears to feel like he’s not that far off from having the job.

The Falcons selected the Cincinnati quarterback with the 74th overall pick in this year’s NFL Draft and he’s acclimated himself to the NFL and the team’s playbook extremely quickly. In fact, according to Ridder, picking up the playbook and adjusting to the pro game has been pretty easy so far.

Interesting from #Falcons rookie QB Desmond Ridder — he surprised himself by how quickly he's picked up Atlanta's offense.
Said he's been saying play-calls into iPhone voice recorder app and listening back as a way to study. pic.twitter.com/W7huwslRV8

“The overall knowledge of the offense – I’m not going to lie, I thought I would come in and struggle a little bit,” Ridder said. “We’re almost all the way through all of our installs and putting in all those checks, and I have a good grasp of it. That surprised me, honestly. I’m not saying I wouldn’t have picked it up, but I thought it might’ve taken a bit longer, a couple of extra days. I’ve been able to pick up on it pretty smoothly.”