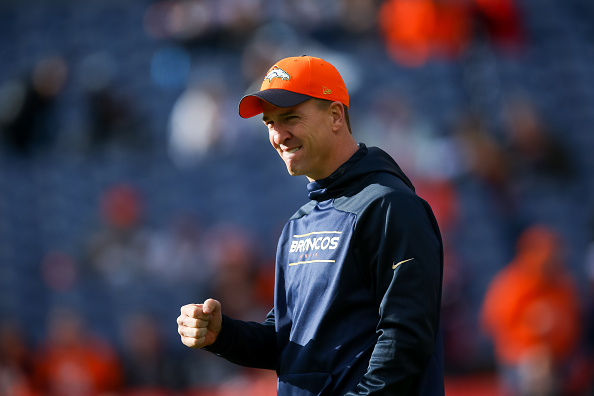 As we noted this morning, no one seems super upset that Peyton Manning may have used HGH. But some people — mostly in one specific region of the country — seem awfully jazzed about a perceived double-standard.

When Tom Brady got in trouble for his role (or lack thereof) in the Deflategate trainwreck, the NFL world freaked out for months until the league ultimately issued a four-game suspension that didn’t hold up in court. Now Manning is in trouble, and we hear crickets.

No surprise, the bandleader of this narrative is the First Fan of New England sports, Bill Simmons.

Peyton deserves the benefit of the doubt until all the facts come out.

Of course, so did Tom Brady.

Peyton worked the media over past 15 years way better than Brady/Belichick did. Biggest difference for how this will be reported/dissected.

Since Peyton Manning beloved more than Tom Brady's ever been, though, will be fascinating to see how this story's handled by national media.

Love how some instant reaction for Manning-PED link is “who cares,” but when Brady is accused of deflating footballs, people want heads.

So where are all the #PeytonManning HGH stories. Tom Brady was crucified for doing nothing wrong. #Patriots

Was #peytonmanning generally aware? Asking for a friend. #TomBrady

This Peyton Manning using HGH story won't get nearly as much media as Tom Brady's alleged knowledge of a deflated football. #Fact #Patriots

Remember when the media crushed Tom Brady's father for defending his son. I'm sure Archie Manning will get the same treatment…

Brady's accused of deflating balls:
Suspend Him!
Ban Him!

Give Patriots fans credit, they’ll never stop defending their guy, even in a story that really has nothing to do with him.

But the thing is, did Brady actually get convicted in the public’s eye the day the deflation allegations came out? It seemed like most people reserved judgment to some extent until (incorrect) reports that 11 of 12 balls were deflated.

There’s also the fact that this report about Manning’s HGH use seems a bit faulty. The quarterback has denied the allegations, and Al-Jazeera’s main source has recanted his story.

Plus, it’s not like Deflategate permanently crippled Brady. He wasn’t suspended, and it seems unlikely the scandal will affect his Hall of Fame chances. Brady’s also still doing pretty well for himself: he’s still rich, still famous, still handsome, still popular, still great at football, and his team is positioned to win a fifth Super Bowl.

It’s always easy to assume the world is out to get your favorite team, but maybe Simmons and company can take a deep breath and watch how the Manning story plays out before grabbing the pitchforks.

I'll say this abt. Pats Twitter: They are super passionate. My feed hasn't stopped for an hour on a Tweet that honestly was not about Brady.