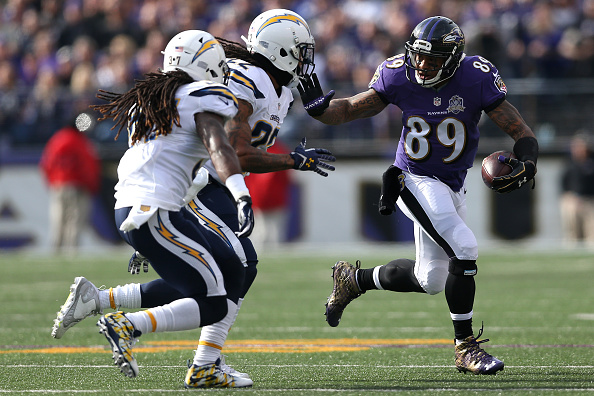 The Ravens receiver, who is out for the season with a torn Achilles in what was supposed to be his final NFL campaign, is “eyeing a return” for the 2016 season, according to NFL.com’s Ian Rapoport.

A story we'll discuss on @NFLGameDay: Why #Ravens haven't heard the last of WR Steve Smith Sr. Sources: If healthy, they believe he's back

Rapoport reports that people close to Smith have been skeptical for a while that this would be his final season.

All of this comes after Smith announced his retirement prior to the start of the season. Even at that point, people close to him doubted that he was really going to walk off into the sunset. And even when he exited the field in horrible pain with a towel over his face, the sources were confident the injury would not mark the end of his career.

Here are five reasons Smith should make another run.

1. He has one more year left on the three-year contract he signed before the 2014 season.

2. It would be awfully sad if his Hall of Fame caliber career ended with him being carted off the field in an incredible amount of pain.

3. It’s not as if Smith is cooked. He had 79 receptions for 1,065 yards in 2014 and was off to a great start this year before the injury, with 46 catches for 670 yards in seven games. He currently ranks 11th all-time in receiving yards and could climb two or three more spots with another good year.

4. Smith needs to return for the greater good of NFL fans, because it will be hard to survive without his legendary trash talk.

5. Santa Claus might not be safe if Smith has too much free time in December.