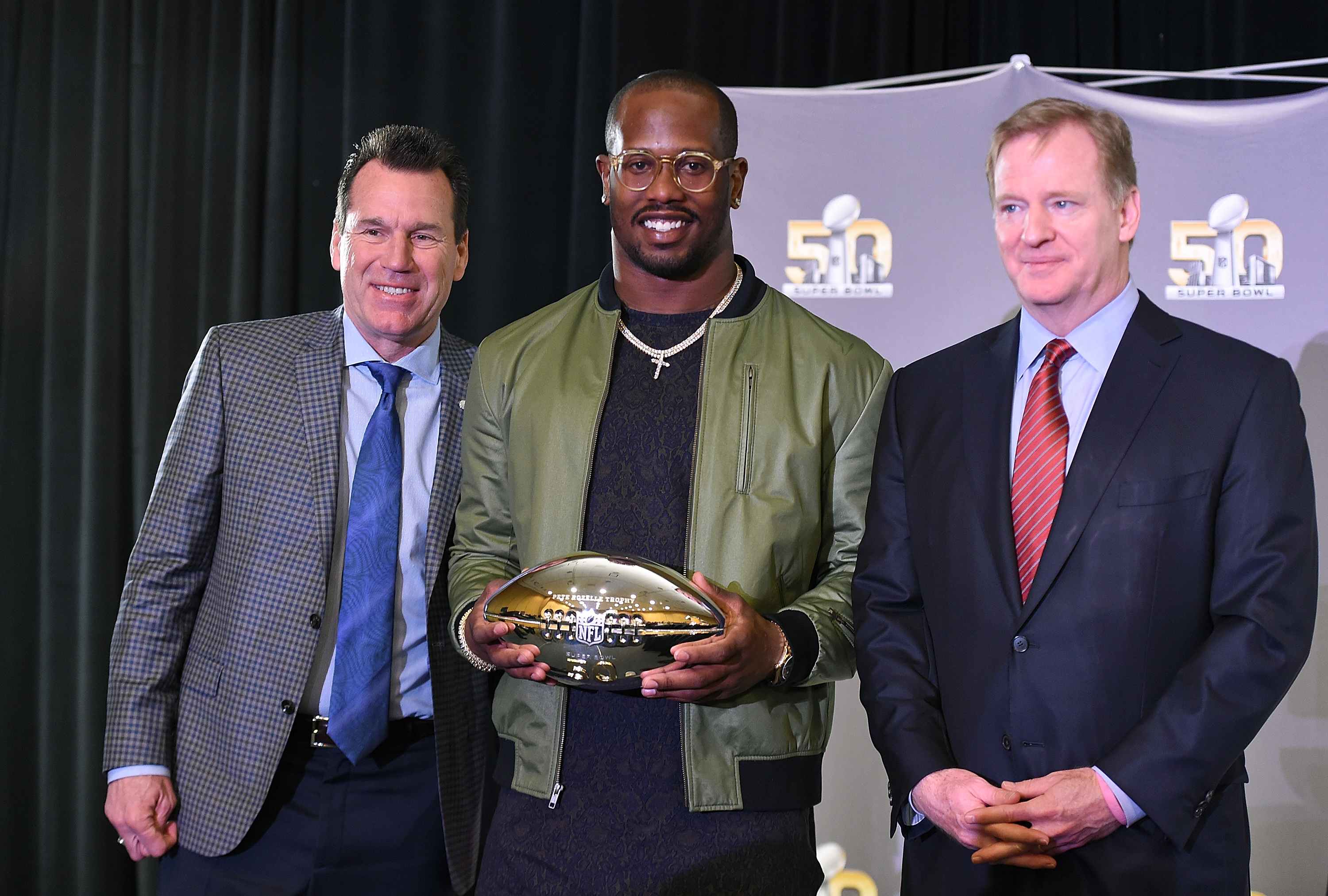 The moment the Denver Broncos won the Super Bowl in February and star linebacker Von Miller was named the game’s Most Valuable Player, it was clear that things could get tense between both sides in eventual contract negotiations.

The Broncos went into the offseason with $16.7 million in salary cap room, a number that rose by $19 million with the retirement of quarterback Peyton Manning. But even that large sum would not be enough to allow Denver to retain their numerous, high-profile, soon-to-be free agents, Miller included.

While the Broncos chose to let a number of those free agents leave, such as quarterback Brock Osweiler, defensive end Malik Jackson, and linebacker Danny Trevathan, they opted to keep Miller in the fold for at least 2016 via the franchise tag, which will pay him just over $14.1 million this year. At first, it seemed like an amenable agreement for both sides. There was nary a whisper of discontent for months and it appeared that Miller would quietly play out the season with the tag in lieu of a long-term deal and that negotiations could be picked up at any time.

And indeed, the Broncos and Miller had negotiated in earnest during the offseason, but things have not gone well as of late. Yahoo! Sports’ Charles Robinson reported last week that the Broncos had put an offer on the table for Miller—a six-year deal worth a maximum of $114.5 million, and that Miller had rejected it. Like so many big-money deals around the league, it seemed crazy for Miller to turn down. However, the fine print is what matters more than the total years and hypothetical total value. The problem, as it usually is, is the guaranteed money.

The Broncos wanted to give Miller $39.5 million guaranteed at signing, which includes his prorated signing bonus and two years of guaranteed salaries for 2016 and 2017. His 2018 salary—guaranteed fully only for injury—would not trigger until the 2018 offseason. That would give him around $60 million over the first three years, a number he was seeking, but the lack of that third year of salary for anything but injury has been a significant sticking point. How significant? Miller is contemplating holding out for the 2016 season, or perhaps even demanding the franchise tag be rescinded, making him an immediate free agent.

Miller’s frustration is not unwarranted, especially given contracts we’ve seen teams hand to other defenders in recent years. There’s the $59-million-plus in guarantees the Miami Dolphins gave defensive tackle Ndamukong Suh in 2015 as well as the $52.5 million in guaranteed money given by the New York Giants to defensive end Olivier Vernon this offseason. Couple that with the fact that Vernon has not been as productive a pass-rusher as Miller (29 sacks in four years for Vernon, 60 sacks in five years for Miller).

Even more ammunition for Miller is the deal the Philadelphia Eagles inked with defensive end Fletcher Cox earlier this week. While a deal that contains many caveats, Cox’s contract is a rich one. It spans six years and is worth a maximum of $102.6 million and has $63.3 million in guaranteed money. Of that, $36.3 million is guaranteed upon signing—a.k.a. his signing bonus, 2017 option bonus and 2016 and 2017 salaries. Just like Denver’s offer to Miller.

There is one major difference between Denver’s offer and Cox’s contract: The 2018 base salary (in Cox’s case, $11.5 million) becomes fully guaranteed next March, rather than in March of 2018, like it would for Miller’s third-year guarantee in the tabled offer. This structure gives Miller’s camp leverage when returning to the negotiating table. Getting that third year guaranteed before the start of the deal’s second season would certainly be music to Miller’s ears.

The Broncos, though, also hold considerable leverage thanks to opting to tag Miller in the first place. July 15 is the deadline for franchise-tagged players and their teams to finalize any long-term deals. Otherwise, the players must spend 2016 playing on a one-year deal. This would allow the Broncos to put off discussing anything lengthy with Miller until the offseason. They could also opt to tag him again in 2017 (whether he sits out this year or not), though this time it would be the non-exclusive franchise tag, which would award the Broncos first- and third-round draft picks if another team matches and signs him rather than the two first-rounders given for exclusively-tagged players. Plus, it would cost Denver 120 percent of Miller’s 2016 tag figure to do so.

It would be a major problem for the Broncos if Miller misses the 2016 season over this dispute. So many players were allowed to leave in free agency, particularly on the defensive side of the ball, that Miller’s worth to the team has gone up (another leverage point in his favor during negotiations). Add into that an unresolved quarterback situation and a Miller-less Broncos team could find themselves far out of the Super Bowl picture just months removed from winning it all.

Still, the desire to not overpay is understandable from the Broncos’ perspective, even with an ever-rising salary cap. Miller’s demands essentially would make it impossible to cut him for three years. Three years in which anything can happen, from diminishing returns on their investment, to injury and anything in between.

But there are few more consistently high-performing defenders in the NFL than Von Miller and there’s little reason to worry that he will give less effort in return for a significant payday. Ultimately, a significant amount of power the Broncos held in these negotiations was transferred to Miller thanks to Cox’s deal with the Eagles. With that contract as a template, the two sides should more easily be willing to make that third year of guarantees happen, or at least to trigger the 2018 salary guarantee in 2017. That would be best for Denver, best for Miller and reflective of how the market has shifted thanks to one Fletcher Cox signature put to paper in Philadelphia.