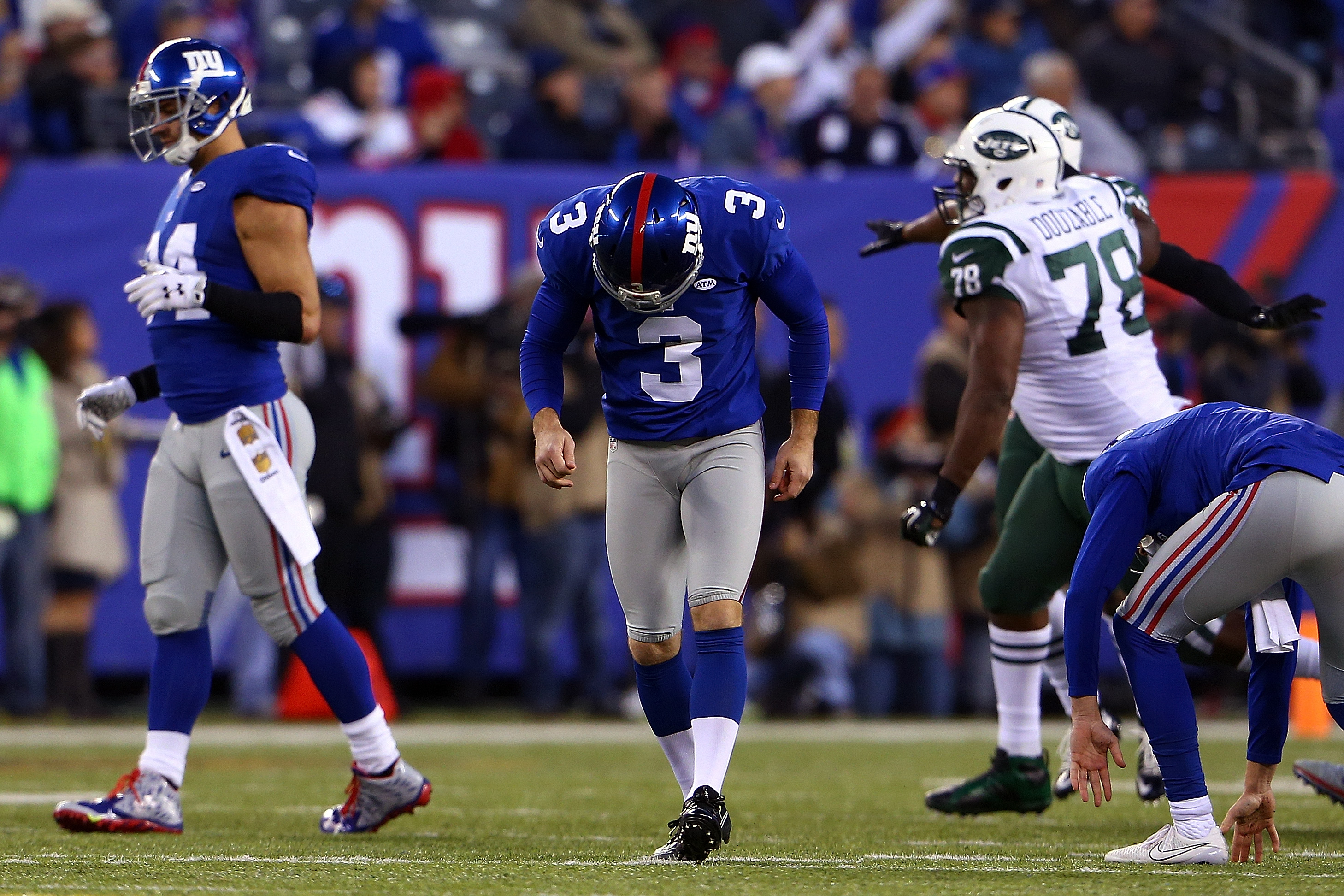 In May of 2015, New York Giants kicker Josh Brown was arrested on a charge of assault in the fourth degree-domestic violence after Brown’s ex-wife Molly summoned the police to their home.

The charges were dropped five days later, but Molly had also instituted an order of protection against Brown, that he was arrested for violating two months later. Molly had also reported to police that Brown had “been physically violent with her on more than 20 instances over the past several years,” according to documents obtained by ESPN.

Yet, the NFL has suspended Brown for just one game in the 2016 season after conducting its own investigation.

In the era following the league’s mishandling of the investigation of former Baltimore Ravens running back Ray Rice for his own domestic violence arrest, the NFL has significantly toughened its language toward players accused of such a crime, but Brown’s meager punishment shows the league has yet to back up that language with a major shift in action.

Though the NFL has imposed new standards of punishment for players arrested for domestic violence, including what was thought to be a six-game minimum suspension, “mitigating factors” can see that minimum reduced. At first it appeared an arbitrary system of punishment had been improved by this six-game minimum, but Brown’s case proves that this still remains a flawed and toothless disciplinary system.

The NFL has noted that a lack of cooperation from Molly as well as responding law enforcement led to the league determining that something occurred that led to Brown’s arrest and that the something was probably an act of domestic violence, but lacking enough evidence resulted in a brief punishment. But it still seems fishy.

If media outlets, such as USA Today and ESPN, could investigate Brown enough to unearth the 20-plus allegations, the numerous calls to police from the Browns’ three residences across the U.S. and the second arrest for violating the order of protection, then how could neither the Giants nor the NFL find enough evidence for Brown to serve more than a one-game suspension? Further, if Giants owner John Mara really believed that, “there is no place in the game for domestic violence,” and head coach Ben McAdoo has “zero tolerance” for domestic violence, then why did the Giants sign him to a two-year, $4 million deal in April rather than moving on from the would-be free agent?

Mara said in August that, “Based on the facts and circumstances that we were aware of at that time, we were comfortable with our decision to re-sign him.” He claims the Giants did their “due diligence” when investigating Brown’s arrest, and added, “One thing that you learn when you’re dealing with these issues is that there’s a big difference between allegations and convictions or indictments. And it’s very difficult sometimes to sort through all that and make informed decisions.” Mara also is, “trying to be fair to Josh.” What was most telling, however, was this:

“A lot of times there’s a tendency to try to make these cases black and white. They are very rarely black and white. You very rarely have a Ray Rice video,” said Mara, referring to the hotel video that recorded Rice striking his then-fiancee, now wife, Janay. The revelation of the video is what led Rice to go from being handed a two-game suspension to being released by the Ravens and then suspended indefinitely by the NFL.

Mara isn’t explicitly saying “pictures, or it didn’t happen,” but he’s not not saying that either. He is implying a notion employed by so many to attempt to minimize or erase allegations of domestic violence. That there needs to be a smoking gun, a wound to point to, numerous human or virtual witnesses to the act or else, perhaps, it’s not, as Mara said, “black and white.”

There are many issues at play here: The fact that the Giants’ and the NFL’s investigations do not seem to be as thorough as possible, that Molly was uncooperative, that there appears to be a pattern of behavior when it comes to Brown that has long gone ignored, that the league’s domestic violence policies put in place post-Rice seem now more a public-relations bandaid than any actual progress, that domestic violence cases can be messy but that doesn’t mean to turn away from finding the truth. The Giants, like the NFL, seem content with saying one thing and doing another. So much for that new, no-tolerance, anti-violence NFL. Hopefully the league’s head of off-the-field discipline, Lisa Friel, enjoys her Giants season tickets this year.