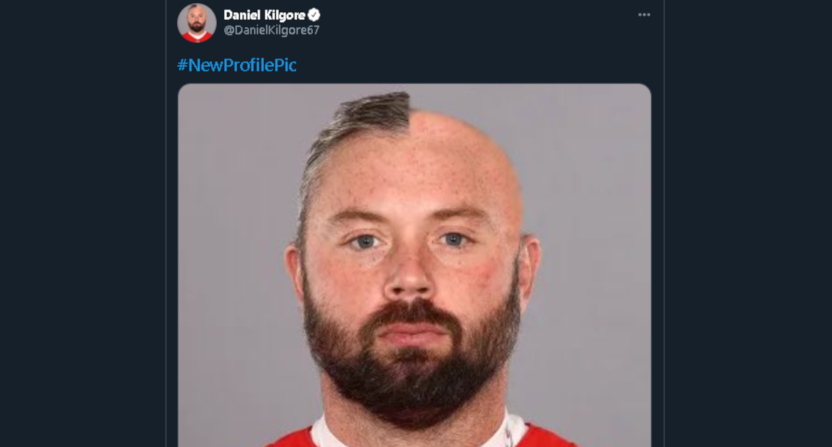 On Monday, Kansas City Chiefs center Daniel Kilgore and wide receiver Demarcus Robinson were both placed on the reserved/COVID-19 test thanks to a close contact. On Tuesday, Tom Pelissero of NFL.com reported that this came from a barber who had cut their hair testing positive for COVID-19. And on Wednesday, ESPN’s Adam Schefter tweeted that the barber had been set to cut hair for many other players (including quarterback Patrick Mahomes) at the Chiefs’ facility Sunday, but was pulled halfway through Kilgore’s haircut after a rapid test came back positive (he had previously cut Robinson’s hair away from the facility on Saturday);

Chiefs’ C Daniel Kilgore was mid haircut when the barber was notified that he was Covid positive. Kilgore and the barber both were wearing masks. Kilgore has to stay home this week, but has tested negative and can return Saturday, fly with the team and play Sunday, per source. https://t.co/oWfjJX1qIr

Pelissero’s piece from Tuesday has more details on what happened here:

Sources say the barber tested negative five consecutive days before he was allowed to enter the Chiefs’ facility — including a Saturday PCR test that came back negative Sunday. The barber took an additional rapid test as a precaution before entering the facility Sunday, but the results were delayed briefly because of a line of friends and family also getting tested. He was wearing double PPE and was still cutting Kilgore’s hair — the first in a line of players waiting for haircuts — when the positive result came back. The barber was immediately removed; in a follow-up interview with NFL officials, the barber said he’d also cut Robinson’s hair the previous day away from the facility.

Meanwhile, Kilgore himself shared an amazing new profile photo (as seen at top):

That presumably is Photoshop rather than what Kilgore’s actual hair looks like now, but we can dream. At any rate, Kilgore and Robinson are both still eligible to play in Super Bowl LV Sunday if they keep testing negative. But this was quite a close shave.