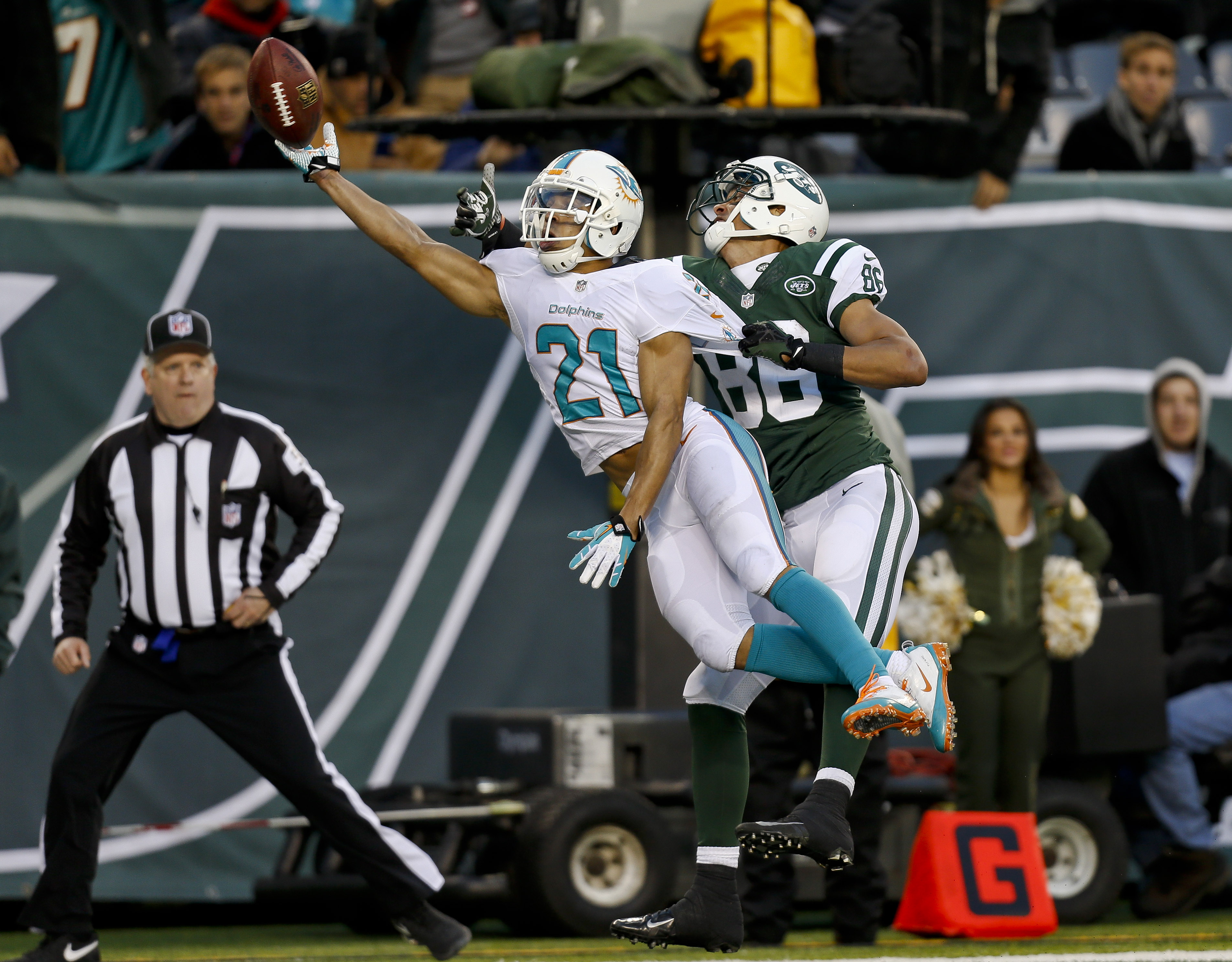 Miko Grimes has never been one to shy away from the spotlight, and she’s back in the news again, after threatening a writer for reporting that he cost her husband, Brent Grimes, his job.

Grimes was with the Dolphins, but was released by the team on Wednesday. In cutting Grimes, the team saved $6.5 million against the salary cap, and will likely become younger at the position, considering Grimes will be turning 33 in July.

The Miami Herald’s Armando Salguero reported that the Dolphins wanted to trade Grimes days ago, but said that they had trouble finding teams because of Miko and her social media presence.

Dolphins have been trying to trade Grimes. Fact his wife continues to act a fool no doubt hurts trade value:https://t.co/Qku5H3jFWS

Miko denied the claims in a pair of tweets that are actually pretty quiet in comparison to some tweets from her past.

its a LIE RT @mccauley318: I don't like reports of how Media trying to use @iHeartMiko as a scapegoat for Them not keeping Grimes. But cool.

While those tweets weren’t necessarily up to her standards, she did previously threaten Salguero with “bullets” because of his report, although she claimed that it was just a strongly-worded tweet. 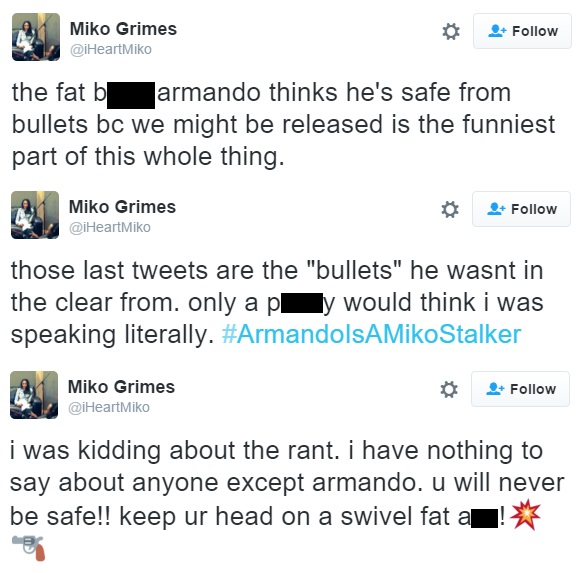 Miko had previously insulted Salguero, and included the Miami Herald’s Adam Beasley and the Palm Beach Post’s Andrew Abramson. She claimed that the three were protecting Ryan Tannehill, and destroying the defense.

Brent Grimes has been a good player over the course of his NFL career. He came out of Shippensburg, and made a legitimate, nine-year career for himself.

Whether or not teams (including the Dolphins) didn’t want Grimes because of his wife will likely never be confirmed, but she also really hasn’t given anybody reason to think otherwise.