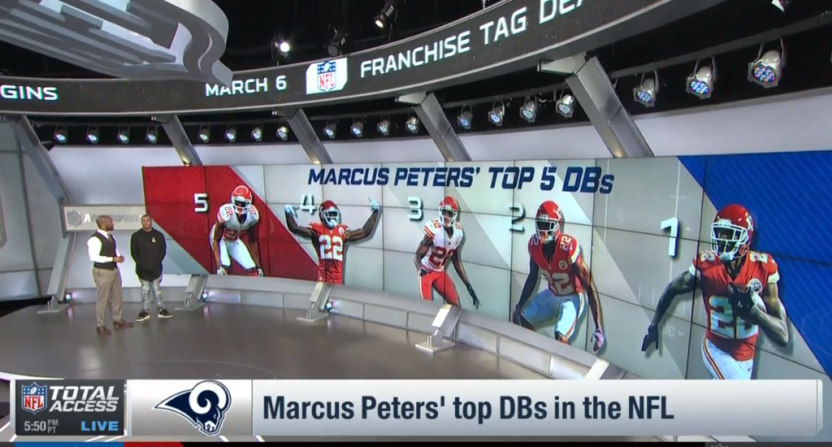 The Kansas City Chiefs and Los Angeles Rams finalized a trade on Monday that sent cornerback Marcus Peters and a 2018 sixth-round pick to the Rams, and a 2019 2019 second-round pick and 2018 fourth-round to the Chiefs.

Well, the new Rams cornerback appeared in-studio on NFL Network on Monday in Los Angeles, and was asked to rank his top five cornerbacks. If you’re familiar with Peters and his confidence, his selections are not very surprising.

Peters later went on to have rankings that included Broncos cornerback Aqib Talib and Seahawks cornerback Richard Sherman, but still ranked himself first.

And hey, Peters may be right. He leads the NFL in interceptions (19) since entering the league in 2015, and is still only 25 years old. It’s possible he’ll continue to improve aspects of his game.

Displeased Chiefs fans are even reporting robbery to the Kansas City police for the light return they gave up for an elite cornerback — a premium position — that still has two years remaining on his rookie deal.