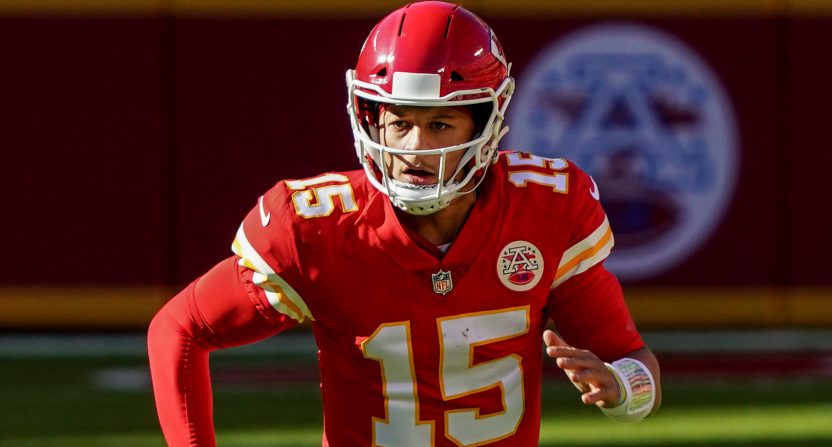 We’re monitoring the NFL’s top MVP candidates on a weekly basis. Entering the home stretch of the 2020 regular season, here’s a look at the 10 players best aligned for MVP runs based on the first 10 weeks of the campaign.

10. Tampa Bay Buccaneers QB Tom Brady: The 43-year-old doesn’t quite have MVP numbers, but his age and the Bucs’ success are factors.

9. New Orleans Saints RB Alvin Kamara: He and Dalvin Cook are neck-and-neck in the battle for the NFL lead in scrimmage yards and touchdowns. Kamara has carried the Saints time and again, and he did so again when Drew Brees went down in Week 10.

8. New Orleans Saints QB Drew Brees: The 41-year-old is likely to miss multiple weeks, which will take him out of this race unless the Saints completely bomb in his absence and he lights it up after returning. Still, he deserves another shoutout here considering he’s the league’s fourth-highest-rated passer for a 7-2 team.

7. Minnesota Vikings RB Dalvin Cook: The league leader in rushing yards and total touchdowns despite having played just eight games. The red-hot 25-year-old has carried the Vikes on a three-game winning streak to get back into playoff contention. If he keeps it up and makes a run at the single-season touchdown record, he could have a shot at becoming the first running back MVP since Adrian Peterson in 2012.

6. Buffalo Bills QB Josh Allen: Allen’s ugly four-game stretch between Week 5 and Week 8 really hurt his case, but he’s still a top-10 passer for a first-place team, and he got robbed of what would have been a heroic road victory in Week 10.

5. Pittsburgh Steelers QB Ben Roethlisberger: I don’t know if he’ll hold up, but a guy with 22 touchdown passes to four interceptions for an unbeaten team has to be considered.

4. Seattle Seahawks QB Russell Wilson: Wilson has completely fallen off a cliff on paper and in terms of advanced stats, as the Seahawks have let their NFC West lead evaporate. He still leads the NFL in touchdown passes with 28, but one more bad performance and he’s likely toast. That’s where the margin for error is at now.

3. Arizona Cardinals QB Kyler Murray: The sensational sophomore has a combined 27 passing/rushing touchdowns to eight interceptions, and that magical Week 10 victory over the Bills will only help his case. That said, he’s still well back of the top two candidates when it comes to most key passing metrics.

2. Green Bay Packers QB Aaron Rodgers: He’s still the league’s highest-rated passer, and his team is still in first place. In most years, Rodgers would be running away with this.

1. Kansas City Chiefs QB Patrick Mahomes: The Chiefs are 8-1, and the 2018 MVP has thrown 25 touchdown passes to one interception. That’s hard to compete with as Kansas City comes out of its bye.