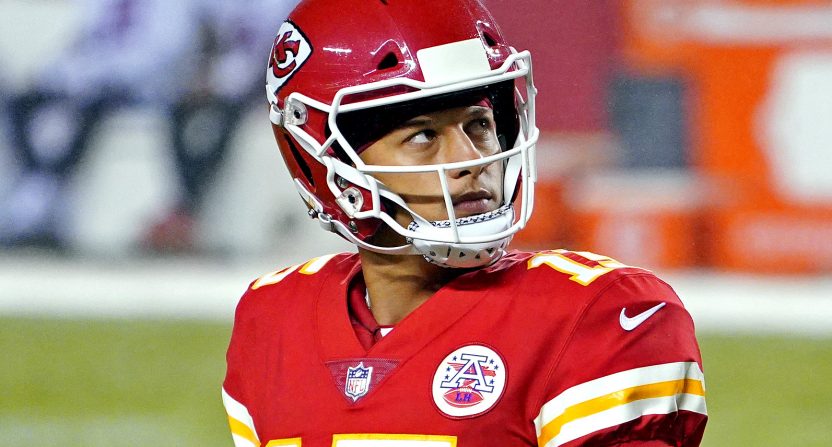 Throughout the NFL season, we’ll be ranking all 32 current starting quarterbacks from best to worst. Here’s the breakdown following Week 1.

32. Ryan Fitzpatrick, Miami Dolphins: Let’s take care of the bridges first. Fitzpatrick is an interim starter and the league’s lowest-rated passer by a wide margin.

30. Baker Mayfield, Cleveland Browns: After an utter dud in Week 1, it’s fair to ask when we can start considering the B word.

29. Sam Darnold, New York Jets: Same here, although at least Darnold completed 60 percent of his passes on Sunday. Both top-three picks from 2018 are in trouble.

28. Philip Rivers, Indianapolis Colts: His numbers plummeted in 2019, and he was the same old choker against the Jacksonville Jaguars.

27. Jimmy Garoppolo, San Francisco 49ers: Garoppolo again started strong before again collapsing when it mattered most. At this rate, he might not retain his job in 2021.

26. Tom Brady, Tampa Bay Buccaneers: It wasn’t just the multiple picks in his debut with the Bucs — Brady’s put up bottom-tier numbers for nearly a full season now. At 43, he’s just about done.

25. Daniel Jones, New York Giants: He didn’t fumble! But the sophomore first-rounder did throw two interceptions in another up-and-down performance.

24. Matthew Stafford, Detroit Lions: Coming off a major back injury, Stafford didn’t look right in a season-debut loss to the Chicago Bears. We’ll give him a little rope but it was discouraging.

23. Joe Burrow, Cincinnati Bengals: There will be and have been growing pains, but that was a damn impressive final drive from the rookie No. 1 overall pick.

22. Carson Wentz, Philadelphia Eagles: Wentz has top-10 talent and has proven it at times, but his Week 1 performance was a mess. He’s the NFC’s lowest-rated passer!

21. Jared Goff, Los Angeles Rams: By no means did he carry the Rams to victory over the Dallas Cowboys, but it was at least close to a mistake-free debut outing for the unpredictable former No. 1 overall pick.

20. Dwayne Haskins, Washington Football Team: The sophomore first-round pick gets credit for putting himself back together after a rough start in a comeback victory over the Eagles, but we still need to see more from him.

19. Mitchell Trubisky, Chicago Bears: This feels weird, but he helped the Bears come back to beat a division rival with three second-half touchdown passes in an uneven but still impressive performance. We’ll see if he can keep it rolling.

18. Matt Ryan, Atlanta Falcons: Some good, some bad. He hasn’t looked elite in a while, but is by no means the problem.

17. Teddy Bridgewater, Carolina Panthers: Steady Teddy didn’t light up the Las Vegas Raiders Sunday, but his generally strong performance isn’t the reason Carolina lost. This might work out for the Panthers.

16. Drew Lock, Denver Broncos: Love the chemistry with Noah Fant. Keep in mind Lock is basically a rookie, and he looked smooth and effective most of the night against the Tennessee Titans. That L isn’t on him.

15. Ryan Tannehill, Tennessee Titans: He wasn’t asked to do much against Denver, but got the job done. He still deserves some credit here for being the league’s highest-rated passer in 2019.

14. Dak Prescott, Dallas Cowboys: That was a “meh” performance from a top-10 quarterback when he’s better than “meh.”

13. Deshaun Watson, Houston Texans: He was dealt a tough hand in Week 1 and remains one of the most talented and clutch quarterbacks in the league, but you can’t hold an 84.5 rating and remain in the top echelon.

12. Drew Brees, New Orleans Sants: Nobody gets a benefit of the doubt like Brees, who was completely off his game in the season opener but still avoided turnovers in a double-digit victory.

11. Derek Carr, Las Vegas Raiders: He completed 22 of 30 passes as the Raiders put up 34 points. He might not have a game-changing arm, but Carr gets it done more often than he gets credit for.

10. Kirk Cousins, Minnesota Vikings: His performance was overshadowed by a defensive disaster, but last year’s fourth-highest-rated passer completed all but six of his 25 pass attempts for an effective Minnesota offense against the Green Bay Packers.

9. Cam Newton, New England Patriots: This is mainly about the 75 rushing yards and two touchdowns on the ground, and the fact Newton’s body seemed to hold up. The arm wasn’t relied on much but got it done as well.

8. Ben Roethlisberger, Pittsburgh Steelers: Despite a somewhat slow start, Big Ben wound up with big numbers as the Steelers coasted against a weak opponent. Can’t complain, and he does look healthy.

7. Kyler Murray, Arizona Cardinals: The passing numbers don’t jump off the page, but don’t forget about those 91 rushing yards against an elite San Francisco defense. That early chemistry with DeAndre Hopkins is also something.

5. Josh Allen, Buffalo Bills: The tantalizingly athletic third-year Wyoming product is coming off the best game of his career. Now he has to prove he can keep it going.

4. Aaron Rodgers, Green Bay Packers: That was a throwback performance against the Vikings from the highest-rated passer in NFL history.

2. Russell Wilson, Seattle Seahawks: Dude was 31-for-35 in a four-touchdown, zero-pick debut on the road. What more can you ask for from the best deep passer in the NFL and best improviser in the NFC?

1. Patrick Mahomes, Kansas City Chiefs: The reigning Super Bowl MVP was locked into this spot to start the year, and there’s no way we’re taking that away after he put up a 123.3 rating in Kansas City’s opener.