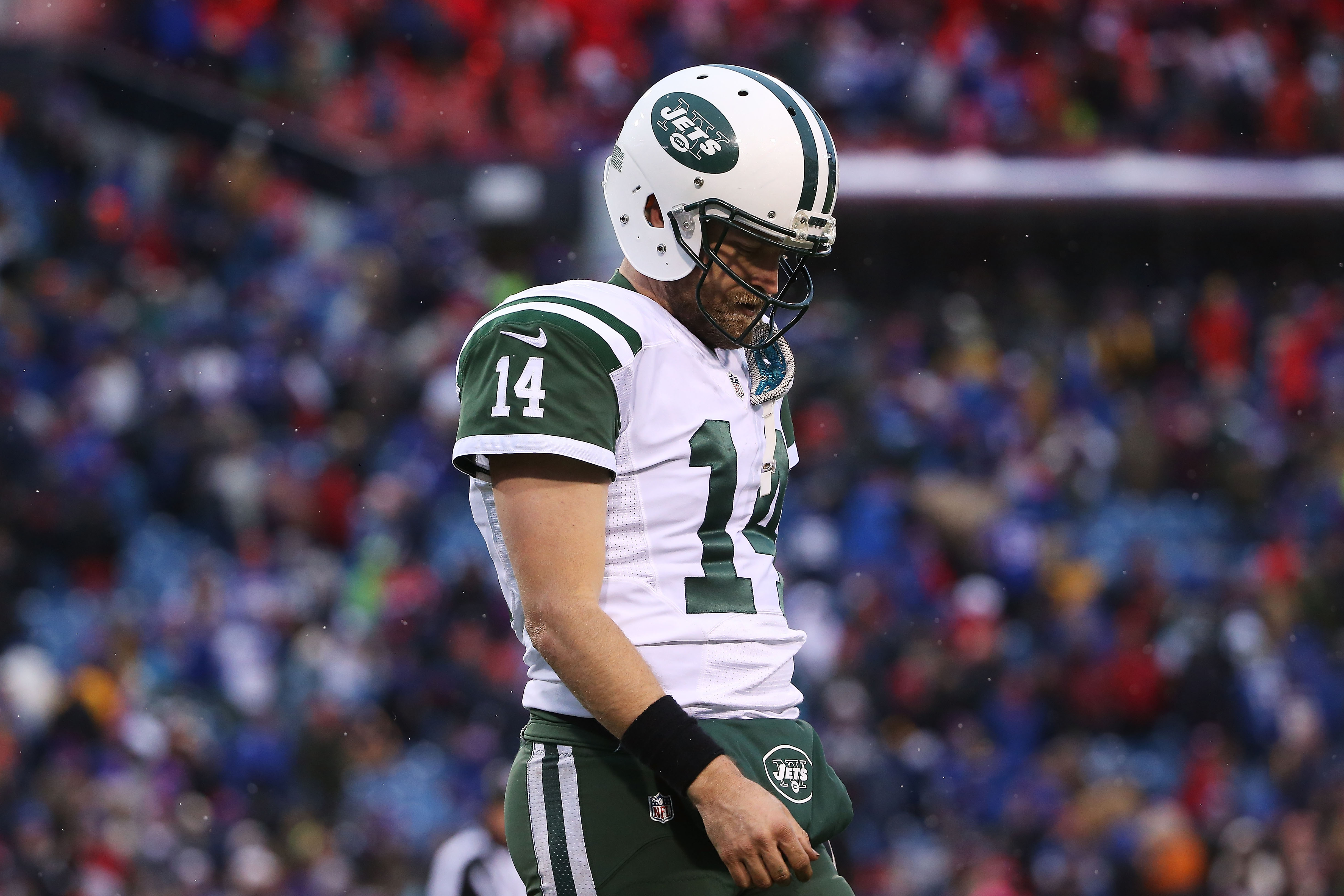 The only true “dead zone” in the year-round enterprise that has become the National Football League is upon us: The six weeks of nothing between the end of minicamps and the start of training camps.

While there will be football-adjacent news of note that streams out over these long summer days, we’re essentially occupying the calm before the storm. That gulf of time gives us a chance to get our bearings after a spring and early summer full of NFL activity. Now’s the time to take stock of all that has occurred before everything set to take place beginning in late July. Here are the top NFL storylines to keep an eye on between now and the start of training camps.

Denver Broncos linebacker Von Miller, the Super Bowl MVP, and New York Jets quarterback Ryan Fitzpatrick are each embroiled in contract standoffs, the outcomes of which will have major impacts on their respective teams. Technically speaking, neither are under contract—Fitzpatrick has been a free agent since the league year started in March, while Miller has received but not signed a franchise tag deal, worth over $14 million for 2016. Time is running out for both players and their current-slash-former teams to get deals done.

For Miller, the key date is July 15, the deadline for franchise tagged players to get a long-term deal done. If that doesn’t happen between him and the Broncos—and it may not, with ESPN’s Jeremy Fowler reporting that the two sides “have had minimal communication in the last 10-12 days or so,”—then expect Miller to sit out, possibly taking the entire 2016 season off rather than play out the year on the tag. The effects on the Broncos would be devastating, especially with an uncertain quarterback situation and numerous personnel losses, particularly on defense, during free agency this year.

With Fitzpatrick, there is no hard deadline as he is simply a free agent. But the Jets would be far better off with him in the fold then turning toward Geno Smith, Bryce Petty or even rookie Christian Hackenberg to start this year. The Jets offered Fitzpatrick a three-year, $24 million deal that he’s not interested in signing and ESPN’s Adam Schefter says that the Jets “have discussed contingency plans” should Fitzpatrick not relent and sign the offer on the table. While the deal could certainly get done before the Jets open training camp, and there are numerous expectations that it will, it’s also possible the Jets could have a new starting quarterback in 2016 despite Fitzpatrick’s successful 2015 campaign.

The Other Tagged Players

Ten players received the franchise tag this year and the majority have yet to receive long-term deals. But that doesn’t mean these deals won’t get done before the July 15 deadline. Baltimore Ravens kicker Justin Tucker says that, “it’s a matter of when, not if,” that he gets a long-term contract ironed out with his team. Kansas City Chiefs safety Eric Berry seems firmly on the path to be the highest-paid player at his position and could get that money before the July deadline.

Meanwhile, Los Angeles Rams cornerback Trumaine Johnson seems destined to spend 2016 on the tag, with no contract extension imminent. Washington quarterback Kirk Cousins also doesn’t seem on track to get a deal done before July 15, but he’s not concerned, hoping that a strong 2016 season will drive his asking price higher than it is today. It’s also possible that the Chicago Bears tender an offer to tagged receiver Alshon Jeffery, but given his injury history they may also use the tagged year as a form of wait-and-see about how healthy he can stay during the 2016 season before deciding what he’s worth next offseason.

The Jets’ Muhammad Wilkerson is the only other major X-factor among tagged players alongside Von Miller. The defensive end has not signed his tag and, should he not get a new deal by July 15, is threatening to sit out training camp. Though Wilkerson has been at the Jets’ facilities to continue rehabilitation work on his broken leg. He did not attend OTAs or minicamp and said last week to the New York Post that he feels unwanted by the Jets. He did add that he is “all in” for the 2016 season, an indication that regardless of his current level of frustration that he won’t be sitting out regular season games. That knowledge may help spur continued inaction on the Jets’ part, but Wilkerson’s commitment to being a team player could also lead the two sides to come to agreement over the next month.

There are numerous talented, albeit older veteran free agents still available for teams to sign, and some of those players could get contracts in the weeks leading up to the start of training camps. Offensive tackle Eugene Monroe, recently released by the Baltimore Ravens, has drawn the interest of the New York Giants, San Francisco 49ers and Seattle Seahawks. The catch may be that Monroe will have to switch from left to right tackle in order to secure a starting job for this season. His health is also a concern—a common thread for many veterans still in the free agency ranks this time of year—having played in just 17 games over the last two seasons..

Running back Arian Foster has also had a litany of injuries in his career, which led to the Houston Texans releasing him during the offseason. Foster tore his Achilles’ tendon last October but is reportedly now set to be in full health by the time training camps start and has already fielded inquiries from at least three teams. Though 29 years old, Foster has proven to be a powerhouse player. His last full season (2012) saw him rush for over 1,400 yards while he compiled 1,246 rushing yards and eight scores in 12 games played in 2014.

Receiver Anquan Boldin should find himself a new team at some point this summer. He most recently had a workout with the Detroit Lions, who have yet to sign him. He could also fit in with numerous offenses, even the Baltimore Ravens’, where he played from 2010 through 2012. Another receiver, Roddy White, is being more discerning with his options, saying earlier in June he’d like to play for a Super Bowl contender this year and, if that doesn’t happen, he will choose to retire. Former Cincinnati Bengals cornerback Leon Hall, who is coming off offseason back surgery, is expected to make a decision on his new team as soon as next week.

It’s possible that none of these veteran free agents sign contracts in the next six weeks, with teams instead waiting for training camp injuries or the struggles of presumed starters to force them to act. But a great deal of business gets done in these lower profile weeks before the start of camps, and the likes of Boldin, Hall and Foster, in particular, could get signed in the interim. 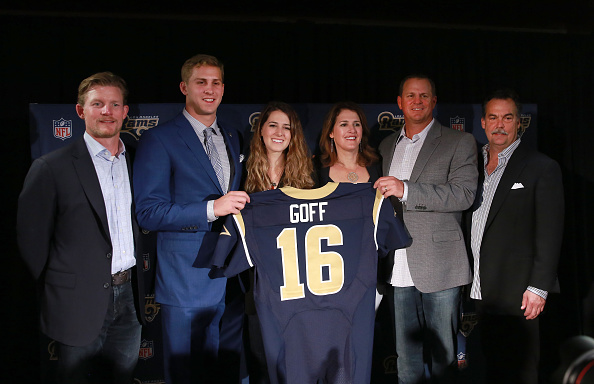 There are six major quarterback battles set to take place over the course of training camp, and while none will be sorted out before then, the next six weeks affords ample time to parse out the contenders and determine each player’s path to starting jobs on their respective teams.

On the surface, it would appear that the Los Angeles Rams would push No. 1 overall draft pick Jared Goff into the starting job immediately. This, however, is not the case with head coach Jeff Fisher preferring instead to “start him when he’s ready” and keeping Case Keenum atop the depth chart until that day arrives. There’s also the matter of Nick Foles to consider. Though the Rams want to find a trade partner, they might not. If he plays well this summer, that could make the situation even more complicated. Though Goff is certainly primed to be the Rams’ quarterback of the future, knowing when exactly the “future” becomes “now” will be heavily dependent on how he performs in camp and especially in preseason games.

For the Denver Broncos, it seems inevitable at this point that Mark Sanchez will serve as the starter come Week 1, though it doesn’t seem as certain that he may keep that job all season long. Trevor Siemian could push Sanchez in camp and even win the job, with head coach Gary Kubiak maintaining the two quarterbacks are neck-and-neck through springtime practices. 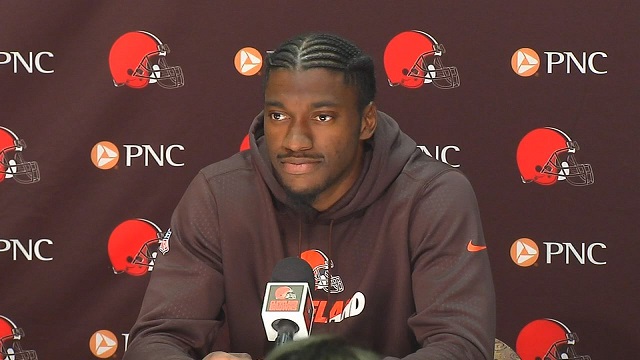 In Cleveland, Robert Griffin III is trying to rebuild his career and has a good chance of being named the team’s Week 1 starter. However, the quarterback room is crowded for the Browns right now with Griffin joined by Josh McCown, Connor Shaw, Austin Davis and rookie Cody Kessler. Head coach Hue Jackson is nowhere close to anointing his No. 1. Griffin was also reportedly inconsistent during OTAs, which helps explain why the competition in Cleveland will be wide open when camp begins next month.

The San Francisco 49ers will also have a heated quarterback battle on their hands with Blaine Gabbert trying to keep hold of the job he wrested away from Colin Kaepernick a year ago. It doesn’t help that Kaepernick is coming off of numerous surgeries and spent the offseason seeking a trade that never panned out.

The Philadelphia Eagles have a decision to make as well, having traded up to No. 2 in this year’s draft for quarterback Carson Wentz, while also having Sam Bradford earning $18 million for 2016 and Chase Daniel being paid another $7 million. The finances say Bradford has the edge, but that doesn’t mean he can’t be outplayed by Wentz or Daniel in the summer.

The New York Jets, as noted above, are still trying to navigate the Ryan Fitzpatrick stalemate. If a deal cannot get done, it’s possible Fitzpatrick signs with any of these other teams that have question marks at quarterback. It’s also possible that the numerous quarterbacks on Cleveland’s roster could make them a prime trade partner as the summer wears on. McCown, for example, could intrigue numerous teams. Though the on-field battles won’t take place until training camps begin, the period of time until then could yield a few interesting quarterback moves that could affect the way these competitions look in late July.