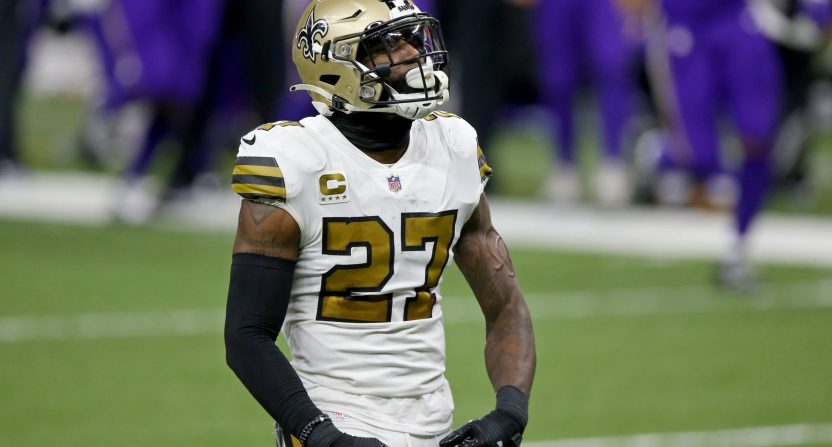 After 13 seasons, one of the top safeties in the NFL is calling it a career. On Wednesday, strong safety Malcolm Jenkins announced his retirement.

Jenkins played with two teams for his entire pro career. He was drafted by the New Orleans Saints in 2009 where Jenkins won the Super Bowl in his rookie season. After five seasons in New Orleans, Jenkins went to the Philadelphia Eagles, where he played for six years and won a second Super Bowl title. Jenkins went back to the Saints in 2020 and played for two years until he retired.

At 34, Jenkins’ retirement comes as a bit of a surprise but based on what Jenkins said on The Pivot podcast, he accomplished all he wanted to do on the football field. “I have accomplished Super Bowls, Pro Bowl, all that there is to do in this game. And when I came in, I always wanted to make an impact on the game on and off the field. And I just feel like at this point I’ve accomplished that.”

Many showed their appreciation for Jenkins, as they highlighted his off-field contributions to society with his social justice efforts along with what he did on the field.

Malcolm Jenkins was the epitome of a leader, on and off the field. An advocate for social justice who used his voice to spread a message of positivity and progress every step of his career.

Forever a change-maker and forever a champion. pic.twitter.com/cGvpEnTgV2

Thank you for your leadership in the locker room and the community – cant wait to see the impact you have in your next chapter 🙏 https://t.co/Ek9cv7gT2r

Malcolm Jenkins is one of the most fascinating people I’ve ever covered.

He was a force as a leader.

Malcolm Jenkins announced his retirement from football after 13 seasons.

Six of them – the high point of his career – were spent with the #Eagles. He won a Super Bowl early with the Saints, but he was instrumental in bringing a Lombardi to Philly.

Malcolm Jenkins was one of the best draft picks in Saints history, the definition of a pro and one of the great leaders I’ve covered in my career. Big things ahead for him in his post-playing career, no doubt. https://t.co/ZsKn6XDX2R

Incredible career closing out with Malcolm Jenkins retiring. One of the true ironmen of the NFL who was impactful until his final snap in the league. Remarkable dude.

What a career for Saints safety Malcolm Jenkins, who made his mark both on and off the field. Saints have a safety — and a leader — to replace now. https://t.co/SdlWBwLu2y