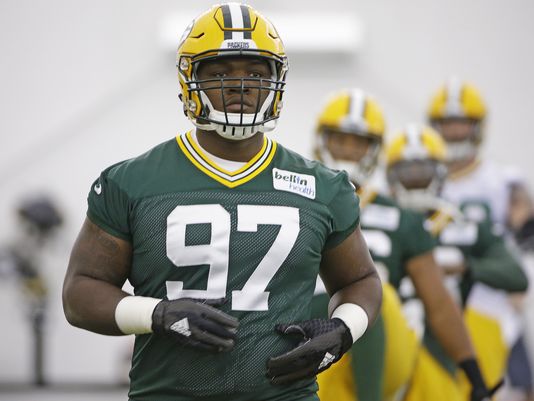 It’s a big time of year for rookies in the NFL, who are ready to get to work with their respective teams. But, for rookies like Green Bay Packers first-round defensive tackle Kenny Clark, who want to keep working with his new team, it means waiting until UCLA’s academic calendar is officially out for the spring semester before heading back to Green Bay.

As is the case with all rookies in the NFL, league rules dictate that players cannot join their respective teams for any kind of activities outside of the three-day rookie minicamps until the end of their academic school years.  This rule also applies to those players who have already graduated and even those who dropped out of school. For Clark, it means that he can’t really begin his NFL career in full until his school’s spring semester officially ends, despite the fact that he declared early for the draft and decided to forego his senior season. And Clark certainly isn’t a fan of this particular league rule for rookies.

This particular rule is one that leaves a lot to be desired, especially given that the players are still tied to their school’s academic calendars despite officially signing with teams. Many schools’ calendars often run into OTAs, which are critical for rookies to begin establishing themselves within their respective teams. With the loss of those valuable early reps, rookies can get behind of the already steep learning curve. For a first round pick like Clark who will be expected to contribute largely along the Packers’ defensive line, this may result in less playing time because he may not be ready. Regardless, it is a standing league rule that has been in place for some time and doesn’t look like as though it will be changed or adjusted anytime soon.