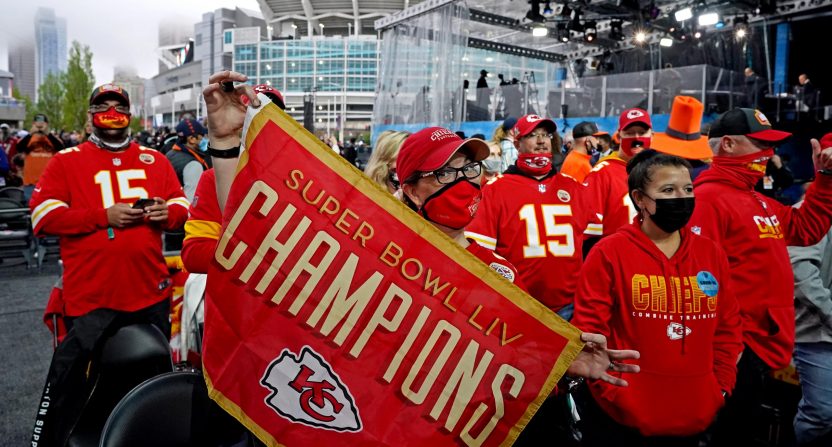 Las Vegas is a unique beast compared to all other sports cities and Allegiant Air’s newest marketing move might very well exemplify that uniqueness.

The low-cost airline will create a one-time non-stop round-trip flight from Kansas City to Las Vegas so Chiefs fans with tickets can go see the Raiders play in Vegas on November 14. What makes this interesting, and maybe a bit peculiar, is that Allegiant is the stadium sponsor for the Raiders and this promo is geared toward bringing in rival fans to cheer against the home team.

It’s not every day where a team sponsor specifically markets themselves toward a rival team but this is the kind of “outside the box” thinking that not only makes sense but it’s kind of brilliant.

Sure, this isn’t a traditional method of sports marketing but look at this from Allegiant’s point of view. They, and everyone else, knows that Vegas is going to be a destination city for visiting sports fans. If a team plays the Raiders in Vegas, that’s a date that’s circled by many opposing fans as a game to build a vacation around. Allegiant certainly knows this and they’re also an airline. If lots of opposing fans are coming to Vegas anyway, Allegiant may as well capitalize on that and offer a flight for local Chiefs fans to fly to and from Vegas.

It’s not like Allegiant is putting these Chiefs fans on the plane in an effort to pack the stadium with Kansas City fans. These people are either already going to the game or want to tailgate for the game in Las Vegas. By that logic, it doesn’t really hurt the Raiders.

That being said, whether you’re a Chiefs fan or a Raiders fan, good luck getting a ticket. The current cheapest ticket for Chiefs/Raiders costs $739 (including fees) on StubHub.