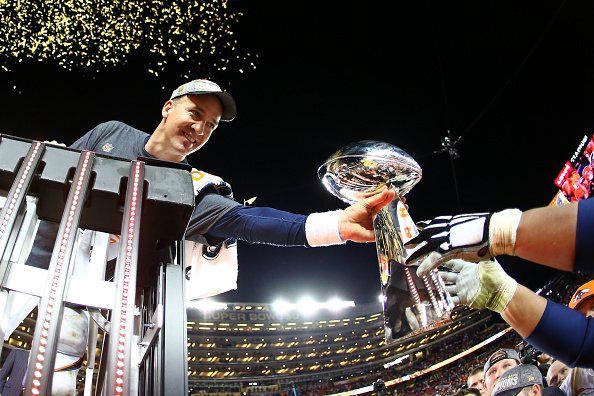 If there’s a better way to describe Super Bowl 50, let’s hear it. The Carolina Panthers offense—the best offense in football this season in terms of scoring—barely showed up for the game, losing 24-10 to the Denver Broncos, who won their third Super Bowl in franchise history in the game’s 50th edition. Peyton Manning racked up his second Super Bowl championship—his first in Denver—on 13-for-23 passing for just 141 yards and an interception. He did throw a two-point conversion, so there’s that.

“It’s very special,” Manning told Tracy Wolfson on CBS. “This game was much like this season has been. It really tested our toughness, our resilience, our unselfishness. So it’s only fitting it turned out that way. I feel very, very grateful.”

There wasn’t a ton else for either offense on Sunday. As the saying goes, “defense wins championships.” Boring championships. (Something like that, at least.)

Denver had the top-ranked defense in the NFL this season, and they showed up in waves on Sunday, holding Carolina 383 yards of offense, much of that cosmetic, as Cam Newton finished the game 18-for-41 for an inflated 265 yards passing and 45 yards on the ground, eclipsing the 300 total yard mark in what was certainly his worst game of the season.

Ball must be made of kryptonite. pic.twitter.com/q7G984kBxC

Defense surely ruled the day, for both teams.

Manning and Newton combined for 406 yards passing, two interceptions and no touchdowns. Both quarterbacks lost fumbles in the game after being sacked; one for Manning and two for Newton. Carolina sacked Manning five times, led by Kony Ealy, who also forced a fumble, recovered it and had an interception—a sure-fire MVP if Carolina’s offense could have done anything to keep them in the game.

hey Biff… you get your damn hands off her pic.twitter.com/oMEUty2kEb

Von Miller and Denver’s defense sacked Newton seven times, stealing the ball twice, including the scoop and score by Malik Jackson in the first quarter. Miller was a beast all game, and was named the game’s Most Valuable Player. 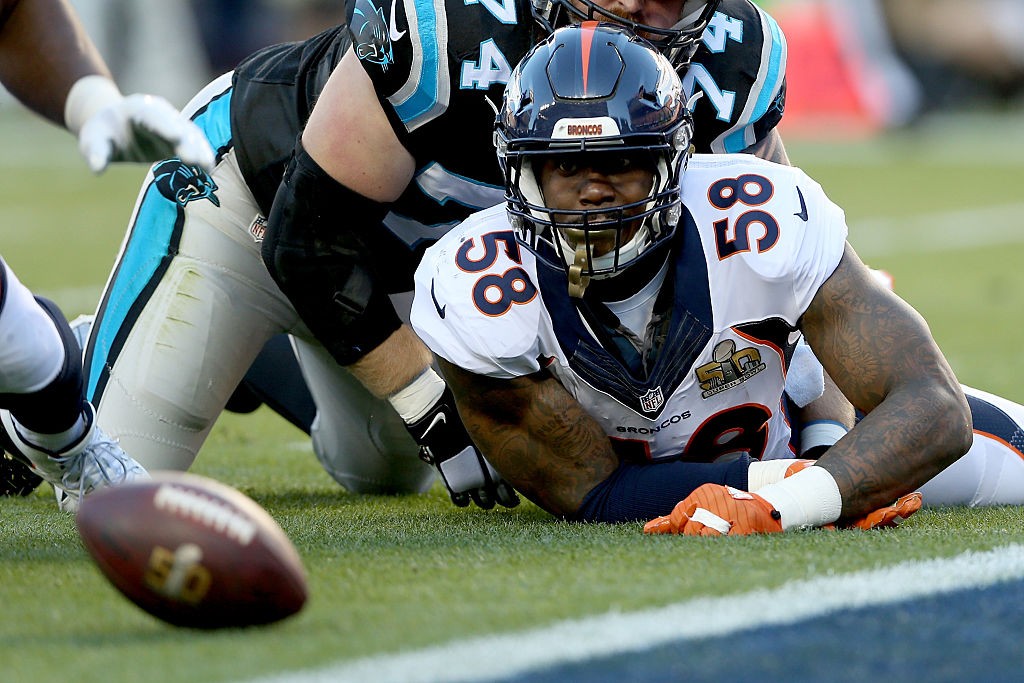 “I’m so proud of my guys,” Miller told Jim Nantz after being named MVP. “It’s been every last guy in the locker room.”

It certainly was every last guy on the defense. Really, on both defenses.

There were six combined turnovers in the game, four for Carolina and two for Denver. There was one offensive touchdown before the 3:08 mark in the fourth quarter, which was a one-yard leap by Jonathan Stewart, who finished the game with less than 40 yards rushing. The second score was by C.J. Anderson to seal the game for Denver on a two-yard run, so anticlimactic it had to be reviewed by the officials to make sure he got in.

Even the turnovers almost had turnovers, with fumbles begetting fumbles and sloppy play dominating the game almost as much as Denver’s defense.

This was the Pro Bowl of Super Bowls #SB50

Denver won a Super Bowl with 231 yards of offense. That’s what Super Bowl 50 should be remembered for.

Can we get a do-over on this Super Bowl?

Denver almost didn’t make it to the Super Bowl, if not for a failed two point conversation attempt by New England that could have extended the AFC championship game. In that situation, Denver’s defense bailed out the offense, as Manning needed just one first down on two drives to seal the game and couldn’t do it. Late in the fourth on Sunday, the situation felt like it was going to repeat.

Denver had a 3rd-and-9 with five and a half minutes to go in the game and they ran the ball, for one yard, and then punted, relying on the defense to stop Netwon. The defense again stood strong, forcing the turnover on a strip-sack before Anderson’s tumble into the end zone sealed the game, Carolina’s fate and Manning’s legacy as just as good as his brother Eli.

As Super Bowl games go, the golden anniversary was anything but a golden game, but with Denver taking home the Lombardi Trophy, that’s not how anyone is going to remember this game.

Absolutely not denying the defenses their due. Just been a lot of ugly play tonight. Fumbles & overthrows & porous line play.

We’ll remember Manning playing the role of John Elway, managing the game and relying on his teammates to win a Super Bowl and ride off into the sunset of his career. We’ll remember Elway’s “this one’s for Pat,” a nod to Broncos owner Pat Bowlen, who famously dedicated the franchise’s last Super Bowl win to Elway.

That’s how this game will be remembered. And with Miller and Jackson and T.J. Ward and Danny Trevathan, who had two fumble recoveries in the game, and a group of players who made up the best defense in the game, and backed it up against the highest scoring offense in the league.

It was a bad game, and a boring one. But for Denver, it sure felt golden.