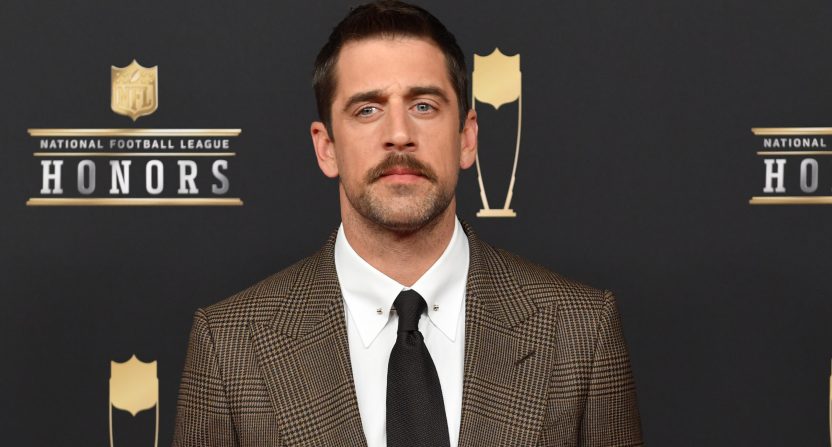 The heart of NFL free agency is now behind us, with the bulk of activity and major contracts having been signed over the past two weeks. Several moves have changed the financial landscape of the league, especially in terms of which players are the highest-paid at their respective positions.

What’s the new pecking order around the NFL? Which of these contracts could influence future contracts?

Here’s an updated look at the NFL players who make the largest average annual salaries at each position.

The highest-rated passer in NFL history was most recently due for something new, but the high-water mark will keep changing. Is Russell Wilson next?

Based on the fact Gurley was hardly a factor during L.A.’s Super Bowl run, it might be a long time before anybody surpasses this. Le’Veon Bell didn’t even reach it on the open market. But if anyone has a shot, it’ll likely be Ezekiel Elliott in 2020 or 2021.

Juszczyk was supposed to be more than a typical fullback in San Francisco, but he hasn’t ready taken off as a rusher or receiver. No other fullback is making more than $2.1 million a year.

Amazingly, both players were traded this month. Who’ll be the first $20 million-per-year receiver? Tyreek Hill could have a shot if he delivers in his 2019 contract year.

Man, that was a bad signing by Green Bay last offseason, as Graham made $5 million per touchdown in 2019. George Kittle is probably a year or two away from taking over here.

This is laughable because Brown is a mediocre player, but free agency is wacky right now. Just watch what happens when Anthony Castonzo hits free agency next year.

Norwell got big bucks last year after breaking out in Carolina, but next year’s market could be crazier with Brandon Scherff, Andrus Peat, and Joe Thuney all entering contract years.

Morse is a solid, emerging center who happened to hit free agency at the right time. An underdog to reset the market is Houston’s Nick Martin if he has a big contract year in 2019.

Martin is by far the best interior offensive lineman in the game, and the Cowboys know it. He’s locked up through 2024.

This is another well-timed market hit, but the 26-year-old top-20 pick does have a lot of growth potential. But if Daryl Williams of the Panthers delivers in a prove-it year, he’ll likely shatter this mark in 2020.

No surprises at all here. Mack and Miller have been the best pure edge-rushers in the league for several years. That said, franchise tag recipient DeMarcus Lawrence could break into the twenties if he/when he gets a long-term deal.

J.J. Watt could be classified as an interior defensive lineman or an edge, but he doesn’t make the cut either way at $16.7 million. Donald blows everyone away at this position, but watch out for DeForest Buckner in a year or two.

Barr is actually tied with Kwon Alexander of the 49ers, but he has a five-year deal while Mosley’s is for four years. It’s ridiculous that those guys are making more money than Luke Kuechly and Bobby Wagner.

Both are tremendously overpaid at this point. One guy who could reset the market? Byron Jones of the Dallas Cowboys, who is coming off a big year and is now entering the final season of his rookie deal.

Coleman, Aaron Colvin, and Bryce Callahan have joined Chris Harris as the slot cover guys getting big-time money. The position is gaining importance by the year.

Both of these contracts were consummated last week, as was Earl Thomas’ $13.8 million runner-up deal. Safeties are back, baby!

Dude has made 43-of-46 field-goal attempts the last two seasons. I’d say that’s worth it.

The 10-year veteran is so reliable and consistent. He just edges out Johnny Hekker, Sam Martin, Sam Koch, and Brett Kern.