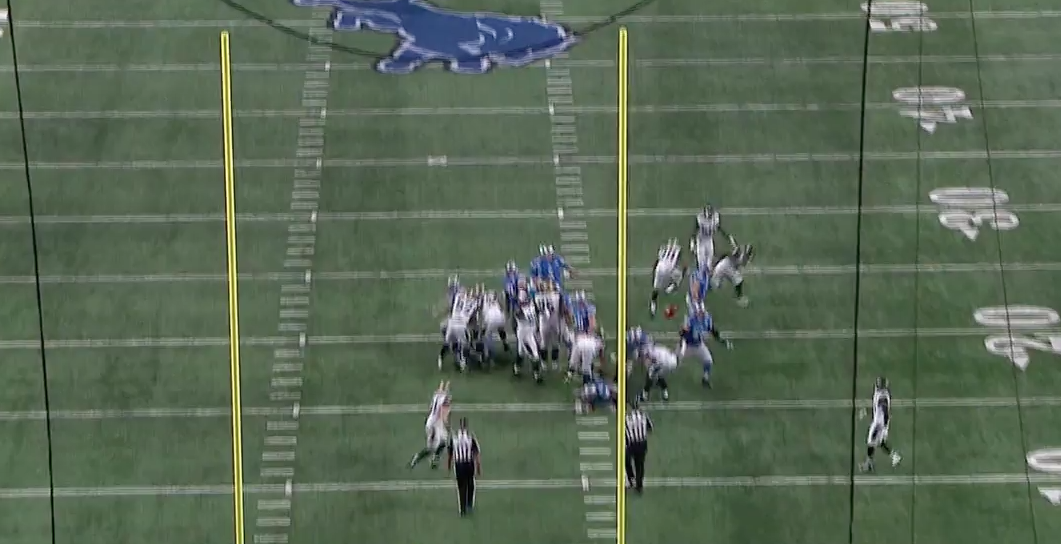 The NFL changed the extra point rule prior to the 2015 season, moving the line of scrimmage for PAT kicks back to the 15.

That was meant to make it less than the automatic conversion it had been prior to that point, and for once the league’s tinkering with the rules resulted in exactly what they’d hoped to achieve. There were 71 missed extra points during the regular season last year, up from eight the season before.

Today we’re seeing a major illustration of the difference, as before any of the 1 PM Eastern games even made it to halftime, there have been seven missed extra points!

There’s a wide variety of kicking mishap on display during that montage. Two were blocked, which was rarely an issue from the old distance, when kickers didn’t need to lower the trajectory for any reason. A few more were pushed by the wind, again a new issue; when the ball was traveling 19 yards the wind had much less time to have an effect. And then a few were just missed.

At a certain point, especially in windy conditions, teams have to start going for two, right? Isn’t that the outcome we’re heading towards? Well, that or a team signing Batman.

In any case, we’re actually still a few points shy of the PAT carnage of December 6th, 2015, when teams missed nine extra points in one day.

This could be inept history in the making.