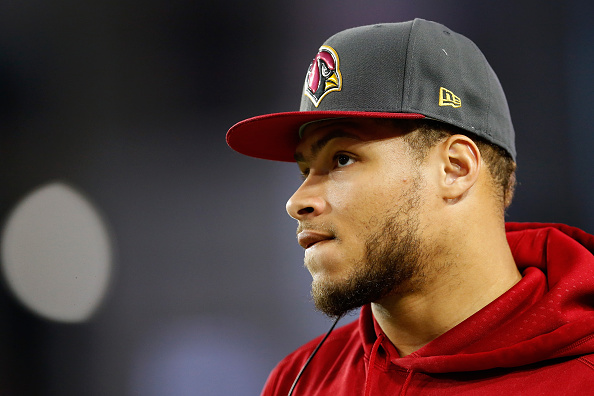 The football world continues to be in a state of shock following the tragic death of Will Smith. Smith, a former New Orleans Saints player and Ohio State Buckeye, was shot to death in New Orleans following an altercation stemming from a fender bender. Police have booked Cardell Hayes with a second-degree murder charge.

According to The Advocate, Hayes attempted to sue the city of New Orleans in 2005 and in 2014 he pleaded guilty as a first-time offender for carrying an illegal firearm. He was sentenced to six months probation for that and a possession of drug paraphernalia charge. There is no word yet on whether or not Cardell had since obtained the proper license to carry a firearm, not that it matters in this particular situation considering the end result.

Former LSU Tiger Tyrann Mathieu reacted to the latest developments of the story on Twitter by sharing his own connection to the tragedy. Mathieu says he knew Cardell.

Mathieu was not done simply mentioning his awareness of Cardell, nor did he expand on his relationship with the suspected shooter. The two played high school football in the New Orleans area, but played at slightly different times. It is feasible to believe they may have crossed paths somewhere in the hotbed of football that is New Orleans, considering how tight a region it can be when it comes to football. But Mathieu used his voice on Twitter to go off on a political rant that is worth considering for a wider discussion.

Until y'all get them crooks out of office and until y'all give these kids something constructive to do, the violence will continue to grow!!

They can't go to parks like I was able to, because the grass ain't cut & the rims have no nets nor do they even have rims ..

The budgets cutting into "education" "recreation" and everything else that is VITAL to a kid having success..

Not too mention half of their fathers are in prison… So this isn't coming from an angry place but from a person who has made it out!

Mathieu’s concerns are something communities in many cities can relate to on some level. Coming from Mathieu, who has battled his own demons, it should resonate well with many as well, especially given his roots to the New Orleans area. He speaks from experience and from the heart. It is also encouraging to see a player use his voice for a call to action for positive changes, and hee’s hoping Mathieu figures out a way to help spearhead a movement to address some of the concerns he has laid out.