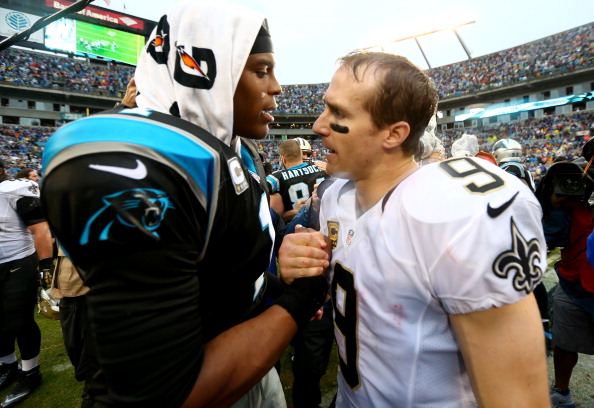 Week 13 of the 2017 NFL regular season is here, and you might be entering the weekend with your own preferences regarding which games to focus on, and which to place on the backburner.

2. Vikings at Falcons (Sunday, 1 p.m. ET, FOX): A potential playoff preview between two Super Bowl contenders in the NFC, and two teams that are rolling on all cylinders right now. So long as the Vikings don’t lay an egg on the road, this could be one of the best games of the year.

4. Rams at Cardinals (Sunday, 1 p.m. ET, FOX): Watch out for the Cards, who have the ability to keep playing spoiler. At home, they’ll put up a fight against a talented but inexperienced Rams team.

5. Lions at Ravens (Sunday, 1 p.m. ET, FOX): Both teams are fighting for wild-card spots in their respective conferences. The winner will likely contend, the loser might fade away. That’s enough to keep me interested while Vikings-Falcons is at commercial.

6. Steelers at Bengals (Monday night, ESPN): Cincinnati is fighting for its life at home and the Steelers have been unpredictable, so this could be an interesting rivalry renewal in national television.

7. Browns at Chargers (Sunday, 4 p.m. ET, CBS): Cleveland has won one game in the last 23 months, and that victory came against the Chargers, who are the third-best team in the AFC right now. This could be close and could contain plenty of fireworks.

8. 49ers at Bears (Sunday, 1 p.m. ET, CBS): Worth checking out when the Niners are on offense for a chance to see potential franchise quarterback Jimmy Garoppolo in his debut as San Francisco’s starter.

9. Bills at Patriots (Sunday, 1 p.m. ET, CBS): Blowout potential is high. Only tune in if it’s close in the second half.

10. Giants at Raiders (Sunday, 4 p.m. ET, FOX): Geno Smith’s debut with Big Blue makes this a little more interesting than it was before Eli Manning was benched, and the Raiders are still alive in the wide-open AFC.

13. Colts at Jaguars (Sunday, 1 p.m. ET, CBS): It matters to the Jags, who are falling back to earth with Blake Bortles struggling.

14. Redskins at Cowboys (Thursday night, NBC/NFL Network): Both teams are running on fumes at this point, and I’m not even sure the rivalry or the markets or the desperation can save this. You won’t regret missing it if you’ve got other plans.

15. Buccaneers at Packers (Sunday, 1 p.m. ET, FOX): Another game that looked awesome in August, but can be ignored now.

16. Broncos at Dolphins (Sunday, 1 p.m. ET, FOX): Don’t even think about it unless it’ll impact your fantasy team or your wallet. Just don’t. I’m sad just thinking about this.