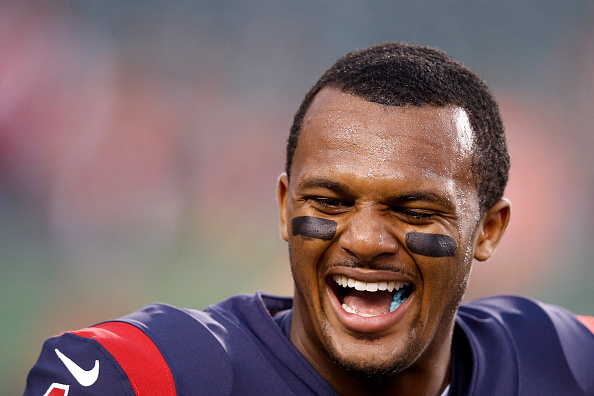 Week 8 of the 2017 NFL regular season is here, and you might be entering the weekend with your own preferences regarding which games to focus on, and which to place on the backburner.

Most of you have your favorite teams and fantasy players to track. But in case you’re completely neutral or need help breaking ties with regard to what to watch, we’ve ranked all 13 games from most appealing to least enticing.

1. Texans at Seahawks (Sunday, 4 p.m. ET, CBS): You had me at Deshaun Watson vs. Russell Wilson. Throw in the great defenses and this could be a classic. That’s if Watson can keep the Texans close in a tough road game.

2. Cowboys at Redskins (Sunday, 4 p.m. ET, FOX): The winner here will still have a shot at the NFC East crown and will be a prime wild-card contender at the very least. The loser will be in big trouble. Can’t ask for much more out of a rivalry game in October.

3. Broncos at Chiefs (Monday night, ESPN): The networks won big and the schedule-makers deserve an award for putting the Chiefs in prime time five times over the course of the first eight weeks of the season. They’re the most exciting team in football right now, and a home matchup with a desperate division rival is sports television perfection.

4. Panthers at Buccaneers (Sunday, 1 p.m. ET, FOX): Two potential contenders who still have a chance to contend, important divisional game and two of the game’s most exciting quarterbacks. I’m down.

5. Chargers at Patriots (Sunday, 1 p.m. ET, CBS): Dude the talented but usually-underachieving Chargers have now won three in a row. They have a chance to make a statement against the beatable Patriots, and the Bolts almost never get blown out. This could be gold.

6. Steelers at Lions (Sunday night, NBC): Feels as though we haven’t seen much of either team in prime time this season, so it’ll be nice to check in on Ben Roethlisberger and Matthew Stafford, both of whom have had up-and-down seasons. Plus, the Lions should keep it close coming off their bye week at home.

7. Raiders at Bills (Sunday, 1 p.m. ET, CBS): The winner will be declaring themselves a contender, while the loser will likely be written off. That makes this a fun matchup between two entertaining teams.

8. 49ers at Eagles (Sunday, 1 p.m. ET, FOX): I actually have lots of faith in this game. San Francisco plays everybody tough and this could be a trap for a tired and banged-up Eagles team. If San Francisco keeps it close, this will be worth your time in the second half.

9. Bears at Saints (Sunday, 1 p.m. ET, FOX): Both teams have been better than anyone expected. This is not a centerpiece game, but it’s worth monitoring.

10. Falcons at Jets (Sunday, 1 p.m. ET, FOX): If the surprising Jets keep this close, check it out in the fourth quarter for a chance to laugh at the Falcons and their Super Bowl hangover.

And just like that, we're all tied up! #NYJvsMIA pic.twitter.com/TAg87R4kKm

11. Dolphins at Ravens (Thursday night, CBS/NFL Network): We’d been spoiled on Thursday nights the last few weeks, but that ends here. Miami and Baltimore are two of the lamest teams in the NFL right now. Crap offenses, tired quarterbacks and defenses that can’t compensate for that. At least this might be close. I smell a 13-10 final, but who really cares who wins?