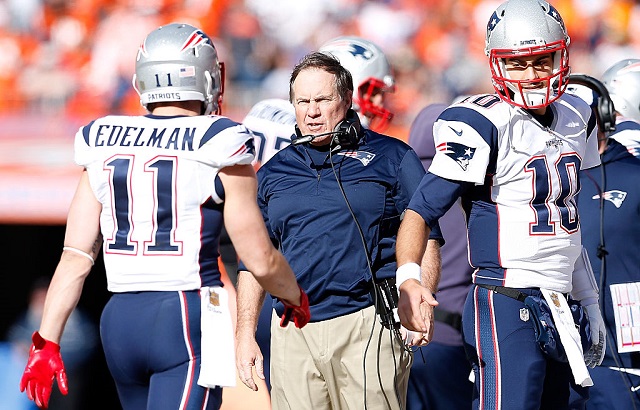 Bill Belichick has proven he can win with Jimmy Garoppolo and Jacoby Brissett at quarterback this season. With both of those guys banged up, there was speculation that Belichick might start Julian Edelman against Buffalo this Sunday. Edelman hasn’t played QB since he was a senior at Kent State in 2008.

It appears, however, either Garoppolo or Brissett will get the nod against the Bills. But that got us at The Comeback wondering. Who else could Belichick start at quarterback and still beat your favorite team? At least until Tom Brady is done serving his four-game suspension and sunning his buns.

Here are the options:

Admittedly, this comes with ample risk. QBs are conservative, analytical and composed. Gronkowski is none of those things. Defenses could easily distract him by playing house music, having a keg in the secondary or a wet tee contest on the sidelines.

This girl in my class just asked if Rob Gronkowski is a Quarterback???? pic.twitter.com/gl9VZ2nfS3

The risk is worth the reward. Good luck trying to sack the most unstoppable force on the Patriots roster. Teams would need to send twice the normal pass rush just to bother him. It’ll be fun too. Gronkowski’s playbook wristband would be filled with double entendres (“Take it to the Rack”). Of course, the ball would always been snapped on 69.

Why not bring back the man who (sorta) started it all? Before Brady, Bledsoe was probably the greatest Patriots quarterback of all time. In September 2001, Bledsoe was hurt in a game against the New York Jets and Bill Belichick was forced to put in second-year Brady. The Patriots went on to win the Super Bowl. Brady’s legend was born. If Bledsoe had not gotten hurt, would we even know who Brady is today?

Belichick should do Bledsoe a solid by completing the circle of (football) life. Give the 44-year-old Bledsoe another shot. Bledsoe probably still has better arm strength than most of the current passers. When the Patriots win, he’ll provide the celebratory wine.

Here’s a man who could script a Hollywood ending. Affleck stars as a New England superfan whose dreams of playing in the pros were dashed when he’s injured in a blimp accident a day before the NFL Draft. Instead of playing football, he’s teaching theoretical physics at Boston College.

All of a sudden, a fellow scientist (played, of course, by Matt Damon) invents a life-changing procedure that gives Affleck uncanny arm strength and accuracy. Affleck is signed by the Patriots and not only wins the Super Bowl, but wins back the love of his estranged wife Jennifer Garner, who pays for a second honeymoon with her Capital One credit card.

Brady vastly exceeded expectations as a sixth-round pick. Brown was an eighth-rounder who was cut from the team as a rookie before being re-signed in October 1993. If you’ve got a problem, Brown’s the guy to solve it.

Like most owners, Kraft probably thinks he’s THE reason for the Patriots’ success. He has presided over the franchise’s most successful run. He has also been incredibly lucky. Belichick turned out to be a better coach than the one who went 36-44 with the Cleveland Browns. And Brady’s development couldn’t have been foreseen by anyone.

Kraft has watched four Super Bowl championships from the owner’s box. It’s time to give the septuagenarian a chance on the field. You could even make him a special uniform so he could wear his trademark white collar and red tie.

Let’s watch the Commish play for the Patriots. This is the guy who not once, but twice has leveled punishment on New England. The first time – Spygate – New England responded with an unbeaten regular season and was a miracle play away from being the greatest Super Bowl champion of them all. Now with Deflategate, Belichick might be enjoying his finest coaching hour. So put ol’ Rog at quarterback and under hypnosis, so he’s compelled to do his best.

If Goodell gets sacked eight, nine, 10 times, no one will shed a tear.

Pass-rushers are always trying to harm people. You could charm defenders with America’s favorite foul-mouthed teddy bear. When Von Miller threatens to reduce the QB to rubble, Ted will make a politically incorrect joke that will cause the Super Bowl MVP to pause, giggle and fog up his glasses.

Meanwhile, Ted will casually lateral the football to Gronkowski for a 60-yard TD. It’s completely plausible. After all, Ted is already familiar with Brady.

This will take some legal maneuvering, but we’re sure we can spring Bulger free on a work-release program. After all, the Patriots have done this before. In the famous Snowplow Game in 1982, Mark Henderson, a convict out on work release, cleared a path for a game-winning field goal to beat the Miami Dolphins 3-0.

Bulger would give New England an intimidation factor. No one – I repeat, no one – is going to try and stop one of one Boston’s most notorious villains. If someone tries to keep Bulger from leading the Patriots to victory, they might find themselves buried in an abandoned house. 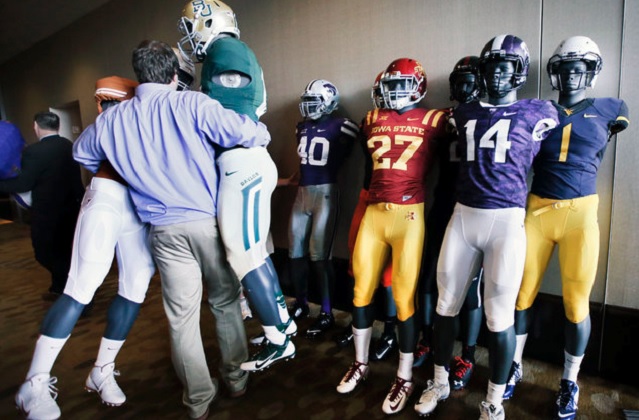 Mannequins feel no pain and are easily replaceable. If the mannequin breaks its leg after being sacked, a new one is ready to take its place. Next mannequin up! The mannequin is also mute,which means it is only slightly less verbose than Belichick.

No, not William “The Refrigerator” Perry, but an actual icebox in the backfield. If you think Tom Brady is great on the QB sneak, wait until you see this appliance push its way to a first down on fourth and inches. 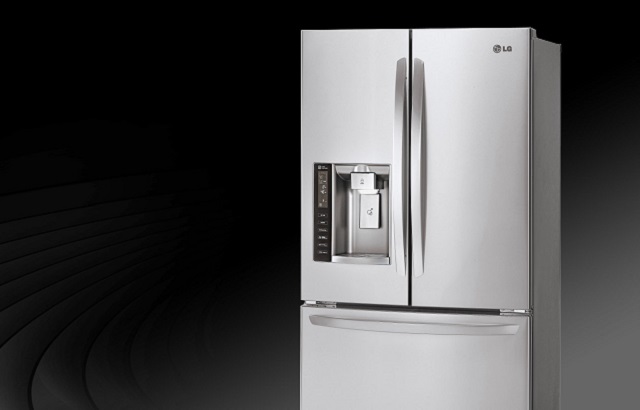 How will the refrigerator pass? No problem. When the ball is snapped, LeGarrette Blount will fling open the fridge and the ball will ricochet off the door and into the hands of one of New England’s Caucasian wide receivers.