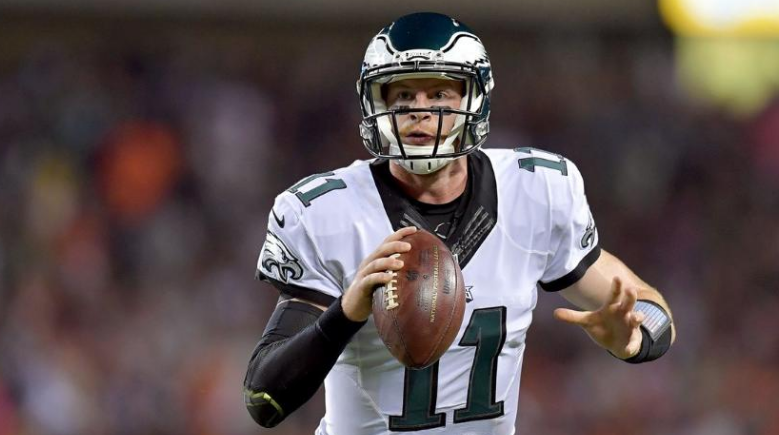 The 2016 NFL season is young — and no, not just because it is three weeks in.

No, it is young, as in the youth movement at quarterback that is dominating conversation. There are four rookie quarterbacks who have gotten starts so far this season, not to mention “near-rookie” Denver Broncos’ Trevor Siemian, a seventh-round draft pick just a year ago who hadn’t take a regular season snap until Week 1.

First, there is Carson Wentz, the quarterback the Philadelphia Eagles traded up with the Cleveland Browns to snag with the No. 2-overall pick in the 2016 Draft. Initially considered a backup to Sam Bradford, Wentz was promoted after the Eagles traded Bradford to the Minnesota Vikings after that team’s starter, Teddy Bridgewater, suffered a season-ending knee injury just days before their first game.

Then there is Dak Prescott, taking over the starting job for the Dallas Cowboys for at least half of the season while Tony Romo recovers from fractures in his back. There’s also Jacoby Brissett, who stepped in for Jimmy Garoppolo in Week 3 after Garoppolo—himself starting in place of the suspended Tom Brady—suffered a shoulder injury. Finally, Cody Kessler, taking over for a pair of injured quarterbacks—Robert Griffin III and Josh McCown, both out with shoulder ailments—for the Browns.

Not only is it surprising that there are so many young passers starting at this point in the season, their success is also unexpected. The records of the four teams currently featuring rookie quarterbacks are a combined 6-2. They have scored nine touchdowns—including two rushing scores from Prescott and another from Brissett—while throwing no interceptions.

4 rookie QBs have made 8 starts this season. Their stats:

Furthermore, Siemian, who as noted may as well be a rookie, is at the helm of the 3-0 Broncos.

With the exception of Brissett, we’ll be seeing extended and perhaps season-long looks at most of these players this season. And if they can continue their streaks of playing well, the cumulative benefits to their respective teams have the potential to stretch well beyond just the quarterback position.

Wentz has already been compared to Peyton Manning, Brett Favre, Andrew Luck, and Aaron Rodgers, the former three declared by his head coach, Doug Pederson, and his offensive coordinator, Frank Reich. He’s thrown five touchdowns to zero interceptions in  102 attempts thus far, with nine of his completions traveling for over 20 yards. Prescott, too, is on an interception-free streak, with 99 attempts and no picks. Though he’s thrown just one passing touchdown, he’s added two more with his legs.

Brissett has just a one-game sample size, and no passing scores, but also has a rushing touchdown and no interceptions in 28 attempts. Kessler, too, has started only one game, and also has no touchdown passes thrown, but also no interceptions. And thanks to his connection with Browns receiver Terrelle Pryor, he had five completions of 20 or more yards—five out of his 21 total completed passes thrown in Week 3. 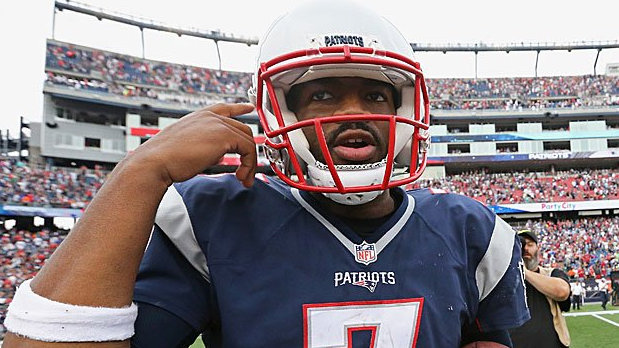 Cheap, young, effective quarterbacks may be hard to find, but they seem to have emerged more quickly and in quantity than anyone had imagined this year. This means their respective teams—depending on what they choose to do with the position moving forward—could have more resources at their disposal to build a team around their passer. From wideouts to offensive linemen, to top-tier cornerbacks and pass-rushers, less money focused on a position that can easily command $20 million or more a year means that cash can be spent on developing all areas of the roster with an eye toward building a team that can excel at every aspect of the game.

Look to the Broncos, for example—by avoiding paying Brock Osweiler the four-year, $72 million contract that the Houston Texans ultimately gave him, they managed to retain top pass rusher Von Miller, extend receiver Emmanuel Sanders and not cut other important veterans in order to free up the cap space. And it’s working out just fine.

It should be noted that saving money on the quarterback position is not just limited to younger players, though it is the most common route. Take for example the New England Patriots and Tom Brady; after his most recent contract extension, signed in March, he’s set to count under $14 million against the cap this year, numbers common to his career. His current deal won’t put him over $20 million in cap hit until 2018, and surprisingly, that will mark the first time he will make what is currently considered going rate for top-performing quarterbacks.

The result is that New England has been able to, and should remain able to, afford key defensive players as well as offensive linemen, receivers, and tight ends. Of course, this is a team-first selflessness that someone like Brady can afford, as he’ll be making well over $200 million in career earnings by the time his current contract expires after the 2019 season. Still, it serves as an example of how finding a quarterback is only part of the battle when it comes to winning games.

The only thing better than having a good quarterback is having a good, affordable quarterback. Add youth into the mix, and it creates a formula not only capable of giving a team long-term comfort at that crucial position but also an opportunity to upgrade those around it.