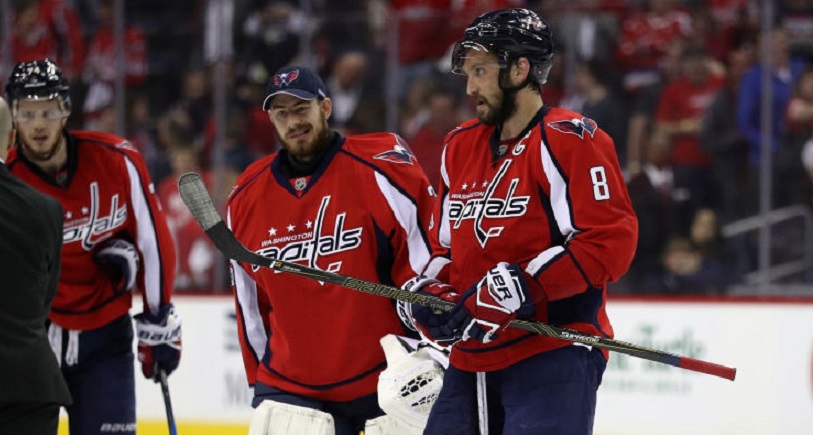 The Washington Capitals once again entered the Stanley Cup Playoffs with enormous expectations and fell short of their ultimate goal. That should sound pretty familiar, as the story has been the same for the Caps for the past several years.

While it’s been nice for writers who can easily copy/paste their playoff disappointment stories year after year, it begs the question: are the Capitals the NHL’s biggest underachievers?

That’s the question asked to the NHL team here at The Comeback and — as you might expect — the answers weren’t too kind to the Capitals.

In the last 10 seasons, the Washington Capitals have won seven division titles, and only six playoff series. Also throw in three Presidents’ Trophy seasons. I’m not sure there’s a bigger disparity between regular season and playoff success in a 10-year period out there, maybe in history. They haven’t reached the third round with one of the best players in the league.

So I would say that the Capitals are the biggest underachievers right now when you put it in those parameters. It almost isn’t fair, because the Caps are an organization that doesn’t get lazy in putting the best people around Ovechkin. They went and got Mr. Game 7 to help them in the playoffs. They went and got Kevin Shattenkirk to help the power play.

I’d certainly rather be a Caps fan than root for a team like the Coyotes who acquire retired players just to reach the cap floor. But with all of those resources and never get out of the second round while consistently losing to division rivals isn’t just underachievement, it’s just… cruel. And outside of maybe getting some faster players, I’m not sure what the answer is.

Until the Sharks finally advanced to the Cup Final last year, they were almost equal in terms of being chronic underachievers with the Capitals. But now, sadly, there really isn’t anyone in their league. In the regular season, they always look like world beaters, but they cannot get out of their own heads and past when it comes to the playoffs. There isn’t really any rational reasoning for that beyond the idea that their playoff failures stick with them more than how they’ve stuck with almost any other team.

Even disregarding the three series they’ve lost against Pittsburgh, the Capitals have had some brutal playoff exits in the Ovechkin era against other teams. They are underachievers because they haven’t met their ultimate potential in the playoffs, but let’s not lose sight of their accomplishments as a team despite those failures.

The Washington Capitals are, in fact, the NHL’s biggest underachievers. They’ve been the NHL’s best team by a fair margin in the regular season back-to-back years. The fact that they haven’t made the Cup Final or beaten the Pittsburgh Penguins must frustrate fans in the nation’s capital beyond belief. Honestly, their lack of postseason success defies explanation. They’ve got a stud goalie and multiple stars all over the ice. For whatever reason, they can’t get over that hump.

This was a tough one for me. As a fan of the St. Louis Blues, I’m all too familiar with choking in the playoffs. The Blues have never won a Cup in their 50-year existence. They’ve made it to the Stanley Cup Final just three times and have won a total of zero Stanley Cup Final games. That being said, even as a Blues fan I can recognize that what the Capitals have achieved — or maybe I should say haven’t achieved — is truly remarkable.

The Caps have one of the game’s best and despite trying their best to build around him, they continually fall short. The same ol’ demons always seem to resurface. From one heartbroken fan to another, I can only sympathize with Caps fans and hope that their disappointments help overshadow the disappointments I’m all too familiar with in the Blues.