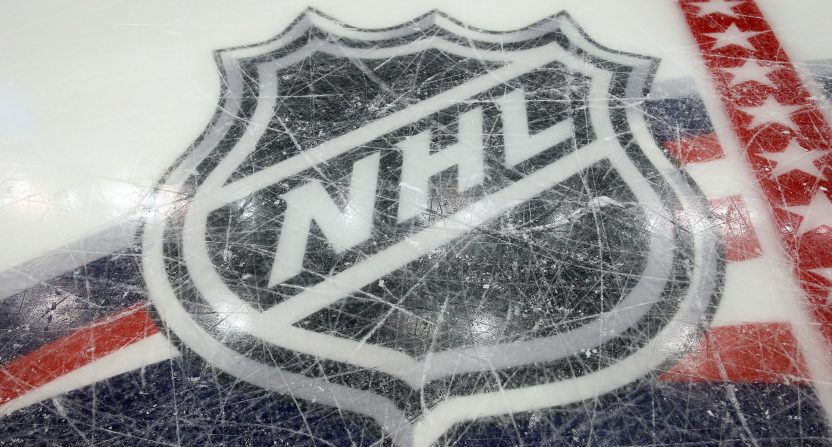 On Tuesday morning, the NHL caused quite a store when the league posted a Tweet on its official Twitter account in support of the Team Trans Draft Tournament in Middleton, Wisconsin, that took place over the weekend. But the league stuck to its stance, despite some pushback.

The event was the first hockey tournament exclusively for transgender and nonbinary players, and the league took some time to acknowledge and praise it.

The NHL is proud to support this past weekend's Team Trans Draft Tournament in Middleton, Wisconsin. This was the first tournament comprised entirely of transgender and nonbinary players, with around 80 folks participating! #HockeyIsForEveryone #NHLPride pic.twitter.com/OfEoAVXtH5

“The NHL is proud to support this past weekend’s Team Trans Draft Tournament in Middleton, Wisconsin. This was the first tournament comprised entirely of transgender and nonbinary players, with around 80 folks participating!” the NHL said in a Tweet.

But not everyone was happy with the NHL showing support to the transgender and nonbinary community, as one fan replied with a Tweet that read “So, men playing on womans team?”

The NHL wasted no time in replying to the hateful comment and supporting the LGBTQ.

The NHL’s Tweet received quite a lot of attention. Eventually, the league limited the ability to reply to anyone who the account mentions or follows. But that didn’t stop plenty of people from expressing their reactions anyway.

The NHL becomes the latest organization to totally debase itself for the sake of pandering to people who aren't their customers and never will be https://t.co/1H7G9d7Rj6

While I'm incredibly happy as a lifelong hockey fan to see the NHL take a stand in such clear language, I am incredibly disheartened, though not the least bit surprised, by the outpouring of flagrant transphobia. I hope the NHL makes it clear that this has no place in our sport https://t.co/8iw62LVriA

These replies make me SICK. I don't even know where to begin. Be better.

I hope to God the people that interact with these tweets aren't anyone who I interact with otherwise it's a quick block from me. Get out of here with this.

Good on the NHL for this statement. It's correct. https://t.co/ZRv8Xkkfag

Transphobia trigger warning. But look at the replies and tell me that the NHL shouldn't be taking a stance on this. https://t.co/Rk0uiZnHqI

Never in my days did I anticipate the NHL going into mentions against bigoted fans with such a clear, concise, and supportive statement.

This league frustrates me to no end. But this… this is good. https://t.co/vFyjpK1QL3

Amazing to watch sports leagues that rely on extraordinary performance by biological men (as well as the viewership of disproportionately male audiences) parrot the idiotic anti-biological garbage of the woke coterie https://t.co/BLd00rAB3x

The Tweet was certainly controversial, but the NHL made its stance very clear.