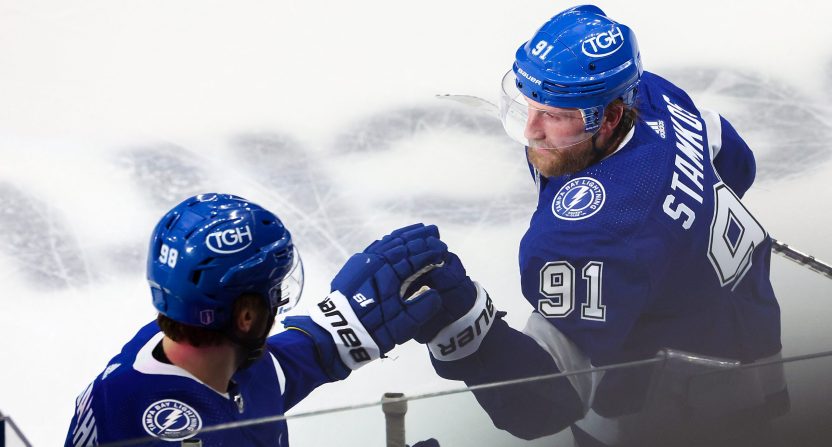 In Game 3 of the Stanley Cup Final, the Tampa Bay Lightning have woken up and made this a series. Apparently all they needed was some home cooking because once the two teams got to Tampa, the Lightning came alive.

After being crushed 7-0 on Saturday, the Lightning rebounded to a 6-2 win thanks to goals from six different players, including Steven Stamkos. With that, the Lightning became the first team since the Montreal Canadiens in 1919 to win a Stanley Cup Final game after losing by seven or more goals.

Many reacted to the Lightning victory. The Avalanche had a chance to go to a 3-0 lead but the neutrals (and Lightning fans) are happy that it’s a 2-1 series.

This about sums up the Lightning through the first 3 games of the Cup Final… pic.twitter.com/iaNsDhQqKM

for as bad as the Lightning were in the first two games, that’s how as good they’ve been now pic.twitter.com/O31wdn4Gaf

The Lightning going from getting blown out by the Avs to blowing out the Avs in a matter of 48 hours pic.twitter.com/xog0OO5oPp

You’re gonna have to chop their head off, put a stake through their heart and set their body on fire too just in case if you wanna kill the Tampa Bay Lightning

This sets up a Wednesday contest in Tampa. While the Avalanche still have a 2-1 lead and should be the favorites, the Lightning’s home record indicates they’ll be tough to beat and will have a great chance to even the series and make this a best-of-three.