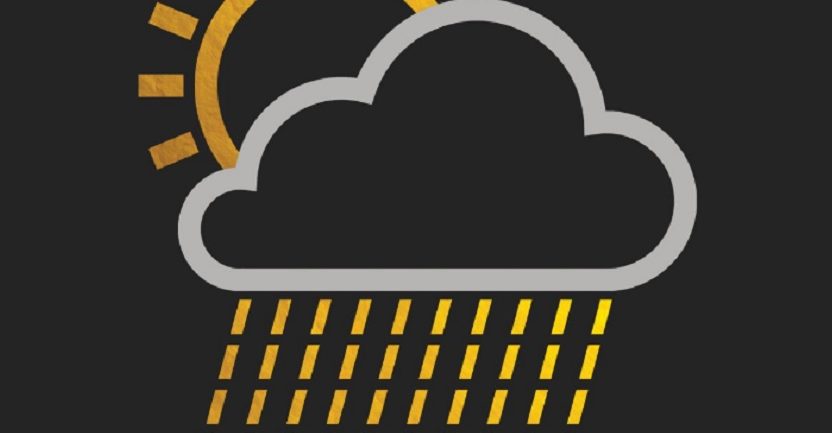 Golden Knights. Golden Showers. What’s the better price? Who are the NHL’s most overplayed players, thanks to the Heart Tax? And is the P.K. Subban commentary from Mike Milbury dumber than thinking Alex Ovechkin tried to hit Ron Hainsey with a shot?

All this and more in a golden NHL Mailbag!

@davelozo @wyshynski Which costs more, a 2018 golden knights ticket, or a golden shower?

Tickets, as best as I can tell, since single-game seats don’t go on sale until August, cost between $60 and $125. By the way, that’s a steep price to watch a team finish bottom five in its first season. “Come on out and watch Dustin Brown play top-line minutes!” But hey, if you’re not separating a sucker from their money, you’re the sucker.

But is that a better bargain than having someone urinate on you? Excellent question.

If you would like to be doused in urine, but want to avoid any sort of human interaction in the process, you can get synthetic urine for $15 and pour it all over yourself. But if you’re going to get some pee tinkled on you, why not go for the real thing? You only live once. But after an hour of searching, I found nothing. It’s hard to find out the cost of a golden shower. We need a StubHub for sex so you can price out different acts. Loosen up, America!

So I turned to New York Magazine sex expert (and Minnesota North Stars enthusiast!) Maureen O’Connor for help. Here’s what she had to say about Golden Knights vs. Golden Showers:

“I do not do much reporting on sex work so you might want to factcheck this, but my impression is that non-standard activities are probably on a like “pay for the time + maybe there’s hazard pay if what you want adds risk or makes a mess.” So if you want to price it out, I’d ask a call girl or dominatrix and ask (a.) what she charges for a session/date/whatever (b.) if she adds an extra fee to pee on the guy. So like depending whether you just want to be peed on — or to have sex and then be peed on — and if you need a space to do it in — it will probably end up being roughly the same as whatever sex work costs in your hometown.

“I actually suspect the range of prices for golden showers is very similar to the range you could pay for different kinds of seats at professional sports events. Depending whether you want the luxury experience or the basics.

“Or you could go to the Golden Knights game, walk up to the urinal, and startle someone, with the goal of getting him to spray you.“

There you go. Don’t say this mailbag isn’t thoroughly reported when it comes to matters of the bladder.

@davelozo What are your thoughts on grown-ass men and women banging on the glass?

Men and women should bang wherever they want. If banging on the glass works for them, then so be it.

@davelozo Who are your top 5/10 "Heart Tax" players? Why isn't there an award for playing the game the right way the most (most rightest?)

For those who don’t know, Heart Tax is why teams pay extra for players that are usually not very good. It jacks up the rate of the contract to ridiculous heights all because this person Knows How To Win or something like that. Here are five getting paid way more because of the Heart Tax.

Andrew Shaw: Never had more than 39 points in a season, but happened to have those seasons during the two most recent Stanley Cups for the Blackhawks. So the Canadiens gave him six years, $23.4 million.

Jonathan Toews: Could score, but chooses not to. Leads. Has never cracked 70 points but, as previously stated, chooses not to. The Blackhawks gave him eight years, $84 million.

David Backes: Cracked 60 points in a season once. Got his current contract after a 38-point season. The Bruins gave him five years, $30 million.

By my estimation, Heart Tax costs teams about 25 percent in both years and dollars. Apply that percentage to these contracts and see how much better they look. OK, so the contracts are still bad (Toews still makes more than Sidney Crosby, so that’s always going to be bad), but at least they look better when you stop paying for heart.

@davelozo Which superhero in suicide squad would be the best in the NHL?

Deadshot, obviously. Because when you have Alex Ovechkin sniping opponents with his deadly shot, you need to have Deadshot to keep him in check. It’s like fighting, only with pucks/bullets to the head. Same thing.

@davelozo Who got screwed more Jason Alexander for his role of George or Phill Kessel for the Conn Smythe last year during pens run?

There’s no doubt Phil Kessel was robbed of the Conn Smythe last year. It was a very bad year for people who voted on hockey things. But Jason Alexander failing to win a single Emmy for playing George Costanza is the biggest crime in TV history.

Look at the losses. Hyde Pierce is Shea Weber. Then you have Rip Torn. He was the best part of Larry Sanders, so fine. He’s Nicklas Lidstrom’s last Norris. Let him have it. But three for Michael Richards? I’m not saying he didn’t deserve one or two, but no way did he deserve it over Alexander in 1997. Costanza was the best part of the final three seasons of Seinfeld. Alexander’s LAUGHS/60 and WOWYs were off the charts. It’s like giving the Norris to Niklas Hjalmarsson over Duncan Keith.

Then you have this Michael Jeter person. I don’t know anything about him but since his name is Jeter, I’ll assume he’s vastly overrated and only received his accolade because Joe Torre got to make the decision.

6. Bastard Out Of Carolina

@davelozo Will you still love Scott Darling when he gets exposed in Carolina.

By exposed, do you mean in the expansion draft? That’s not happening.

Or by exposed, do you mean he will give up a lot of goals after posting a .923 save percentage in 75 games for the Blackhawks and now goes to a team that has been a terrific possession club for years? That’s not happening either.

When you all want to join Team Darling after he gets the Hurricanes to the playoffs next year, I decided memberships.

@davelozo With the Milbury controversy going on..who would be a great new face to replace him that would also help the growth of the sport in the US?

You can take a dump on a paper plate in October, set it on the table next to Keith Jones until June, and it would provide better analysis and be a more enjoyable watch than Mike Milbury. I don’t even understand what the NHL and NBC think they get out of having a miserable, stupid human being fronting their product for a decade.

Milbury tried to beat a spectator with a shoe as a player. He lost more than he won as a coach and as a general manager, you can’t possibly be a more spectacular failure. Now he’s the fun police, getting legitimately angry that P.K. Subban bobbed his head to the music during pregame warmups. Yeah, the Rangers were pretending to play football during warmups the following day, but for some reason that didn’t draw his ire. Hmmmm. I wonder what the difference is there.

Mike Milbury, the man that once beat up a fan with a shoe, called PK Subban a clown… pic.twitter.com/LyruhLZW5Y

Literally — LITERALLY — a pile of human (or animal) feces on a table would be an improvement over what NBC has now. Here’s what you have now.

And here’s what you have with a paper plate of crap.

And think of the money you save. You get a PA to take one big dump before the season and that’s it. So you have to expense his PF Chang’s or whatever he eats before crapping and that’s it. It’s an easy, cost-efficient solve.

@davelozo which was stupider – Milbury on Subban dancing, or Pens/media suggestion that Ovechkin targeted Hainsey with shot in game 2?

I can’t figure out why more people don’t watch this sport. It’s a mystery!