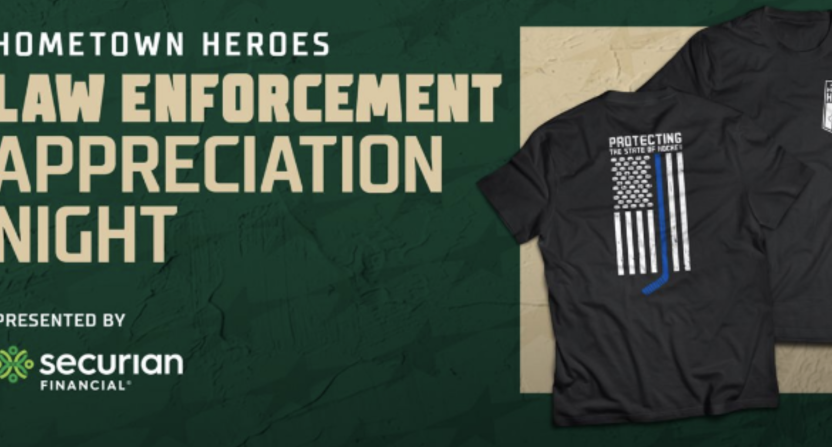 The Minnesota Wild haven’t been able to make it very far in the Stanley Cup Playoffs in recent years, perhaps in part to their thin play in between the blue lines. So in that sense, it’s perhaps natural that the NHL franchise wants to align themselves with the Thin Blue Line.

It was discovered Thursday that the Wild would be hosting a Law Enforcement Appreciation Night. That in and of itself isn’t particularly notable. However, it was the t-shirt that the franchise appeared to have created for the evening that caught people’s attention.

the Wild just released this shirt. I can't believe it. pic.twitter.com/BTw93y4Wwc

The back of the t-shirt appears to include a variation of the “Thin Blue Line” American flag. While that symbol represents solidarity with police and law enforcement to some, others see it as a symbol of right-wing groups and white supremacy. The creation and popularization of the “Thin Blue Line” mantra and symbolism also have roots in racism and extremism even before it was co-opted by modern right-wing groups, to the point where some police departments have banned its usage.

There’s also the fact that the Wild play in Minneapolis (Ed. Note: The Wild actually play in nearby St. Paul), the site of George Floyd’s murder at the hands of police officers, which kicked off the intense social justice protests that shined a light on police brutality issues and a desire to fix them. The Wild themselves even tweeted about Floyd and a desire to “drive social change and foster inclusivity” this past May.

As we remember George Floyd today, we are reminded of our call to action, and commitment to drive social change and foster inclusivity.

Please join us in supporting our partners in the community who are leading to promote equity, unify one another and rebuild our communities:

Once the promotion and accompanying t-shirt reached social media, there was an obvious backlash and some strong reactions.

Yikes. You can appreciate law enforcement without using a symbol that's been co-opted by white supremacists, @mnwild. https://t.co/pT1P1MrnH9

The Wild appear to have gotten the message as they’ve removed the image from their Theme Night ticketing page. 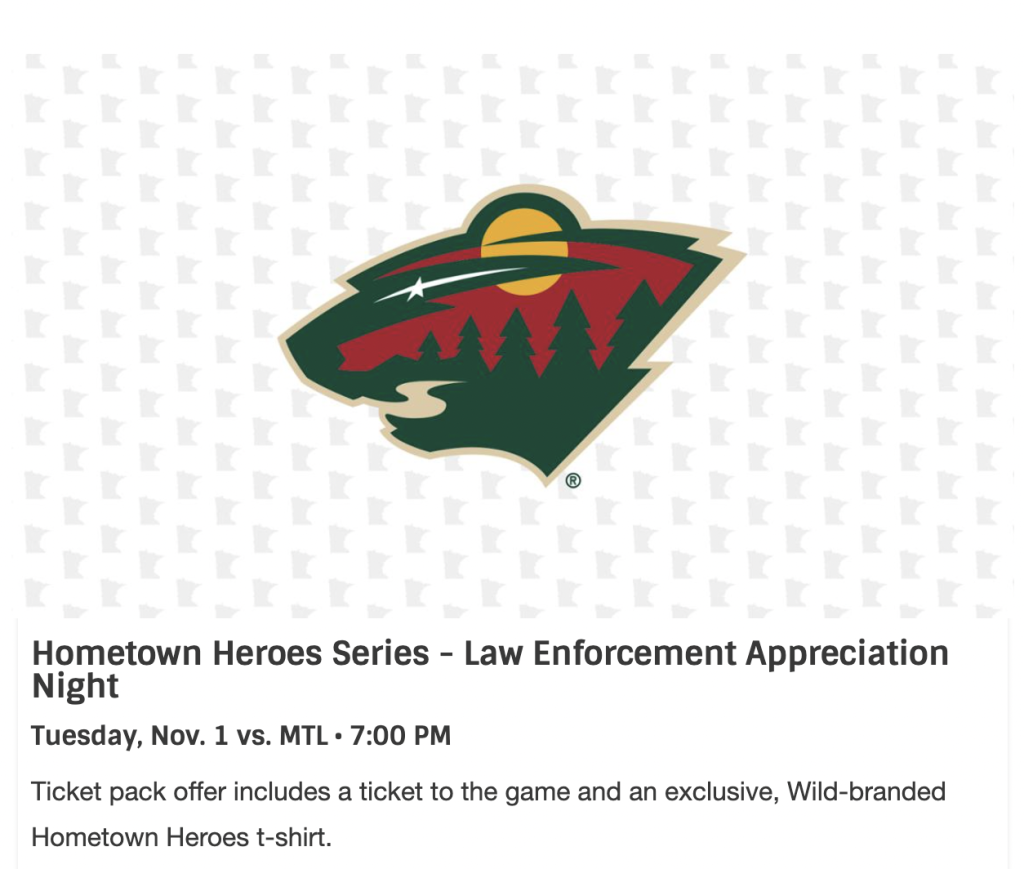 The messaging still says that the “ticket pack offer includes a ticket to the game and an exclusive, Wild-branded Hometown Heroes t-shirt,” though we’ll have to imagine the design for that shirt is going to change just a little bit.