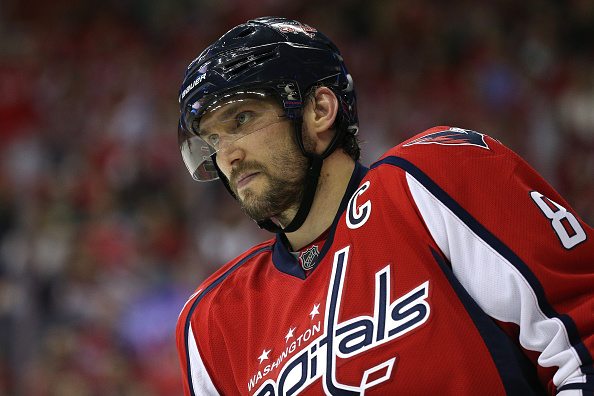 Ralph Russo of the Associated Press had a comment on Twitter about the Washington Capitals and how fans of the team may be the most tormented in sports. Fellow AP writer Noah Trister backed the idea, throwing out that it’s indeed the Caps have the roughest playoff history in all of sports.

Are the Capitals the owner of the biggest disappointments in the NHL playoffs? Do they really torment their fans the most? No, but they are in the Top 5 in our very scientific rankings with these other tortured franchises…

The club last reached and won the Stanley Cup back in the 1966-67 season. Some simple math shows that was 49 years ago, meaning the Leafs have the longest Cup drought of any NHL team. In addition, it has been 11 seasons since the Leafs even won a playoff series.

The good news is that the team is on the right track, but that won’t go too far with fans who have watched almost 50 years of playoff disappointment.

The Capitals have never won the Stanley Cup. The team’s inception was in 1974-75 and they haven’t been able to reach their ultimate goal in 40 seasons. Over that time, the Capitals have only made the final one time and that was back in 1997-98. That Final was ugly. Really, really ugly. The Caps were swept in the Final by the Detroit Red Wings and were outscored 13-7 in the series.

Of late, the Capitals have been one of the best teams in the league in the regular season. Alexander Ovechkin has led some truly incredible teams to some big seasons, but they have continually fallen short in the playoffs. That happened again in 2015-16 as the Caps fell to the Pittsburgh Penguins. Since 2008, the Caps have won their division six times and failed to even reach the conference finals once.

The Capitals could be ranked higher on this list simply because Ovechkin, one of the greatest to ever play the game, hasn’t been able to truly make his mark on the playoffs.

The Brett Hull “Skate in the Crease” winner in Game 6 is still being debated to this day.

The rule regarding a skate in the crease was abandoned by the NHL (and for good reason), but you could debate whether or not Hull had possession before scoring until you’re blue in the face. The video above states he did, but there’s the argument that a player doesn’t truly have possession until he touches the puck with his stick.

Regardless, Sabres fans have always felt that this was a violation of the rule and the goal should have been overruled. The Sabres haven’t been back to the Final since and have been struggling to win a playoff series (or even make it to the playoffs of late) for the past decade.

The Canucks have a special spot on this list because they’re terrible losers. They’ve reached the Stanley Cup Final on three occasions (1981-82, 1993-94 and 2010-11) and have come away empty each time. Their Cup drought is depressing enough (44 seasons), but it’s how that playoff torment boiled over following the 2010-11 loss which makes them easy candidates for most tortured organization.

To be clear, the fans involved in the riots were stupid and it’s not fair to lump them in with the team. However, the pain and agony they brought to the city and to the franchise following a playoff loss almost deserves its own category.

The 2010-11 series was particularly painful for the Canucks. They held a 3-2 series lead before falling to the Boston Bruins 5-2 in Game 6. The series wrapped up as the Canucks were dominated at home 4-0 in Game 7. It’s excruciating to come that close only to miss out on your goal. Fans obviously didn’t take it too well.

Oh the Blues. Unless they manage to win the Cup this season, they are the clear favorite on this list. They could even be listed twice. They’re referred to as the Chicago Cubs of the NHL, but the difference is that the Cubs have actually won a title at some point in their history.

They have a 47-season Cup drought as the franchise prepares to play in its 50th year. That could extend to 48 unless the Blues make it all the way this season. They made it to the Final in three-straight seasons: 1967–68, 1968–69, 1969–70. How many games did they win across those three series? Zero. The Blues were swept in all three instances in which they had a chance to win the Cup.

The salt in the wound is the fact the Blues are on the losing end of one of the most iconic images in sports history. 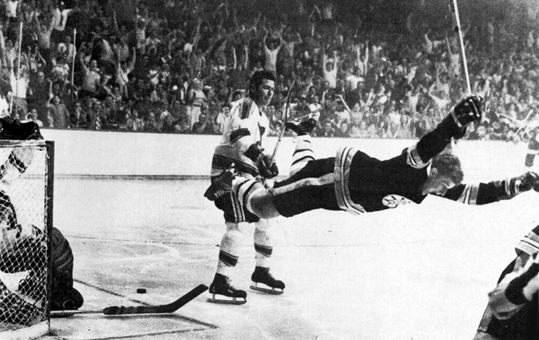 The Blues have tortured fans so badly that they have to resort to laughter and the “same old Blues” tagline in order to stave off the inevitable mental breakdowns. We’ll see if that holds true once again this year.