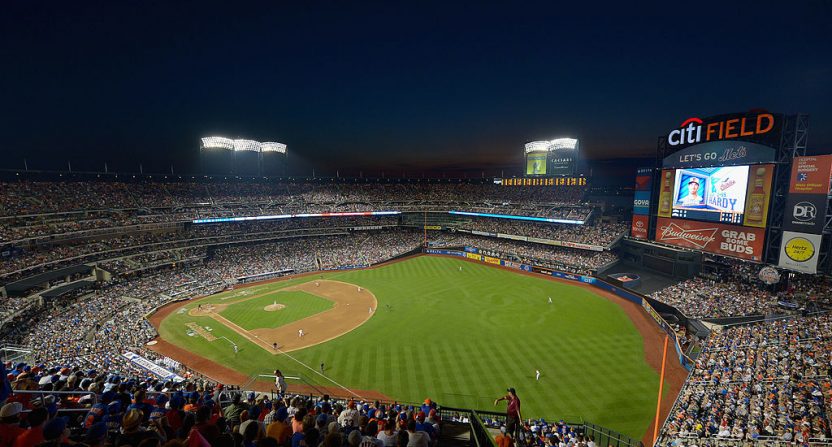 It’s hard to believe that, on New Year’s Day 2018, it will have been 10 years since the Sabres hosted the Penguins in the first-ever Winter Classic at then Ralph Wilson Stadium outside of Buffalo.

In the 2018 edition, the Sabres will once again participate, this time playing the Rangers at Citi Field in Queens.

It’s not the first time New York City has hosted outdoor NHL games. There were two Stadium Series games in 2014 at Yankee Stadium when the Rangers played both the Devils and Islanders. They were also the visitors in the 2012 Winter Classic in Philadelphia.

Oddly enough, there is some question as to who is really “hosting” the game. It should be obvious; since the game is in New York at Citi Field, the Rangers should be the home team. But as Arthur Staples of Newsday reported back in March, the Rangers contract with Madison Square Garden prevents them from playing “home” games anywhere other than MSG. They were the road team for both of the outdoor games at Yankee Stadium, too.

So the Sabres, who hosted the first Winter Classic and only the NHL’s second ever outdoor game almost 10 years ago, will celebrate that anniversary by “hosting” the 10th anniversary edition in what will essentially be a Rangers home game everywhere but the scoresheet. Only in the NHL is this possible.

No word yet on whether perennial outdoor game participants, the Chicago Blackhawks, will play a game of shinny during the intermissions in order to drive up NBC’s ratings.