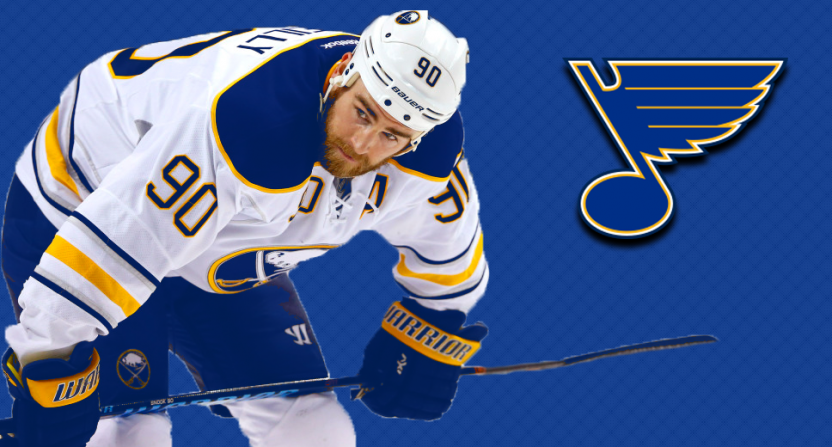 The St. Louis Blues have finally found their top-line center. In a huge Sunday night trade with the Buffalo Sabres, the Blues picked up Ryan O’Reilly in exchange for Vladimir Sobotka, Patrik Berglund, Tage Thompson, a first-round pick in 2019 and a second-round pick in 2021.

The Blues also agreed to pay O’Reilly’s $7.5 million bonus that was coming due.

Got all that? There’s quite a few moving parts, so let’s break it down.

In essence, the Blues improved down the middle (in a big way) by picking up the 27-year-old O’Reilly and shedding some contracts that they’ve been trying to move. Meanwhile, the Sabres part with an outstanding player, but they also avoid having to pay his sizable bonus and pick up some current NHL talent as well as a couple top draft picks.

O’Reilly has scored 20+ goals in each of the last three seasons and is one of the best two-way centers in the NHL. Going the other way, Berglund had 17 goals in 57 games last year, Sobotka chipped in 11 in 81 games and Thompson had three goals in 41 games. Of the three current NHL players heading to Buffalo, Thompson might be the most interesting. At 20, he still has plenty of room to grow into a physical forward capable of punishing the opposing team. He hasn’t quite put all the pieces together yet, but when he does, he could be a great player to watch.

Financially, the trade was almost a wash.

With the #stlblues paying O'Reilly bonus of $7.5 million, Berglund and Sobotka AAV's come to $7.35, add in Thompson and it's over $8 million. Only way to make it work.

As with most trades that involve multiple assets, the deal checked off items for both teams. That being said, the Blues appear to be the early winner as they were able to address a gaping hole (one they’ve mostly struggled with for years) without sacrificing any of their top prospects, including Robert Thomas, Jordan Kyrou and Klim Kostin. Previously, it appeared trade talks had stalled as the Sabres wanted a top prospect to go along with other assets – a price the Blues reportedly weren’t willing to pay.

After narrowly missing the playoffs in 2016-17, the Blues needed to make some noise this summer. At the same time, the Sabres wanted to move away from O’Reilly’s large contract and needed to start piecing together a new squad as they look to rebuild for the future. Both goals were accomplished in this trade, though the Sabres would have loved to land a current big-name prospect.