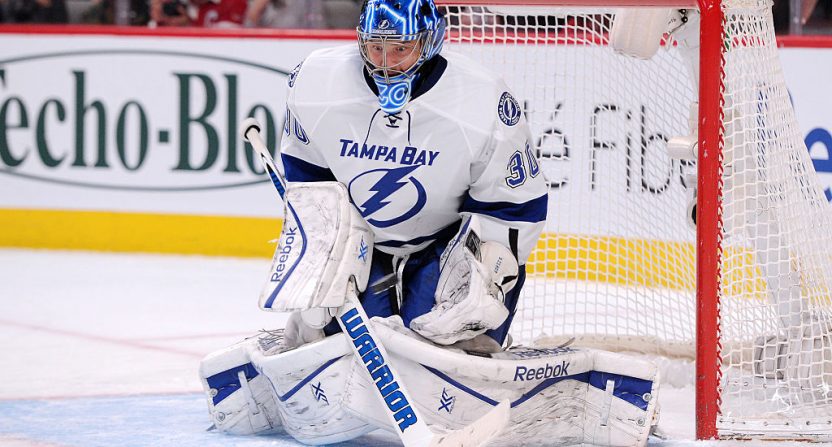 The NHL trade deadline has been pretty dull the past few seasons with many deals being finalized well before the actual deadline. This may once again be the case as the Tampa Bay Lighting have traded Ben Bishop to the Los Angeles Kings in an interesting deal occurring a few days before the March 1st deadline.

It wasn’t particularly surprising that Bishop was traded, but it was surprising that his destination was LA. Why did the Kings bring in Bishop with starting goalie Jonathan Quick returning from injury the same weekend? Peace of mind.

Quick returned to the ice after a 59-game absence, but he could be one sprawling save away from yet another injury. If the Kings want to make any noise in the playoffs, they need to do it with a solid netminder and there was little confidence in Peter Budaj being able to hold down a deep playoff run. The Kings may be realizing that their proverbial window is closing and want to take advantage while they can.

As the impending expansion draft approaches, the Lightning weren’t planning on protecting Bishop. Andrei Vasilevskiy is the goalie of the future and anyone within three states knew that, meaning the team was wise to get some sort of return on their asset.

Budaj is serviceable but not great. That being said, the Lightning were interested in bringing in a goalie who had experience and could pick up some wins if called on.

Spoke w/ #Bolts GM Steve Yzerman about trade, said team wanted an experienced goalie in Budaj to help Vasy but also one who could win games

The picks are almost negligible at this time. The conditions included on the 2017 pick range from as low as a sixth-round pick to a second-round pick depending on how things go in the playoffs. The Kings won’t have to give up a pick if the team misses the playoffs, but will have to give more and more if they make a deep run.

The Lightning are also going to retain 20% of Bishop’s salary for the remainder of the season before he becomes an unrestricted free agent this summer.

What does the trade mean for those involved? A lot of variables are in play and it could mean that Quick isn’t ready to be a full-time starter quite yet. Was Lightning general manager Steve Yzerman able to get the best package available to him?