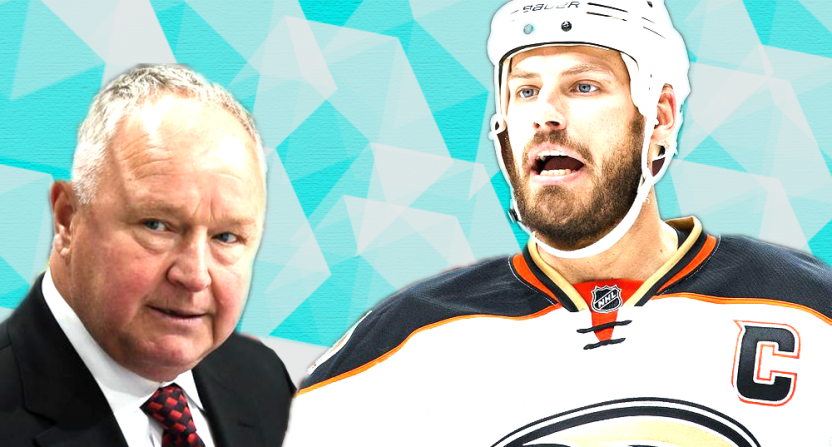 Only four points off the very bottom of the league standings, the Anaheim Ducks are in deep trouble. The signs were there, but they ignored them. How does that happen in today’s game?

It all begins with archaic management and poor planning. From the top down, this was a season that could’ve been prevented.

Bob Murray — the Ducks’ GM since 2008 — holds the keys to this runaway train and is the one to blame. Now set to be interim coach for the rest of the season, it looks like Murray will really have his hands full.

Bob Murray taking over as interim head coach is going to be the worst episode of Undercover Boss ever.

How the heck did the Ducks get here?

The NHL is moving further and further away from goonery and truculent play. The Ducks are one of the few teams that still place a premium on those attributes. Murray signed players like forwards Corey Perry, Ryan Getzlaf, and Ryan Kesler to long-term deals. All are physical and were dominant during their peaks, but looking at their ages, they didn’t necessarily need to be signed to the mega-deals that are now tied to them. At the very least, they could’ve been staggered a bit better to allow for flexibility.

Instead, the fall-off for all three has been stark. Kesler has lost a step, and his defensive prowess is nowhere near where it used to be. Injuries have caught up to Perry and Getzlaf; both could make a recovery to their former selves, but with deals that will carry them to almost their 40s it isn’t likely.

All general managers at some point have to decide whether or not they want to sign their stars. It’s normally never an issue to pull the trigger. After all, that’s where you want your money to go. Their problem is that they decided to invest in all of them to a similar term that would take them to a similar age.

For the Ducks, they should have pulled the cord on this at the first sign of this flatlining.

Now-former head coach Randy Carlyle brought the Ducks a Stanley Cup in 2007. This cannot be disputed. But given the wealth of talent on the roster at the time, a lot of coaches could’ve done the same.

With the team from 2005-2011 and again from 2016-2019, Carlyle knows the Ducks organization inside and out. If anything, that should be seen as a plus. In the case of Carlyle, it likely gave him a level of comfortability that shouldn’t have been there in the first place.

His teams were often outshot, and his goalies were often hung out to dry. If not for goaltender John Gibson this season, the bleeding for the Ducks would be much, much worse.

To make matters worse for Carlyle, he’s shown that he’s not willing to adapt at all. He loves the “dead puck” era of hockey where he coached successfully. Now that the emphasis has been placed on speed and skill, Carlyle has allowed others to surpass him.

The Anaheim Ducks have two wins in the last 52 days.

Now after all of this, Murray will go behind the bench to try and evaluate what’s happening with the team. It isn’t going to get any better. While Murray can undoubtedly evaluate talent, he’s out of his depth trying to find a coach that can manage this roster. It’s going to take a miracle worker to manage the roster. Unless you have a time machine and can accelerate the development of the minor leaguers in the system, or turn back time to allow Getzlaf to be in his prime, there isn’t anything you can do.

The firesale is going to be a shock. The problem is that the parts of this dysfunctional machine should’ve been sold long ago to make sure the pain wasn’t so searing.