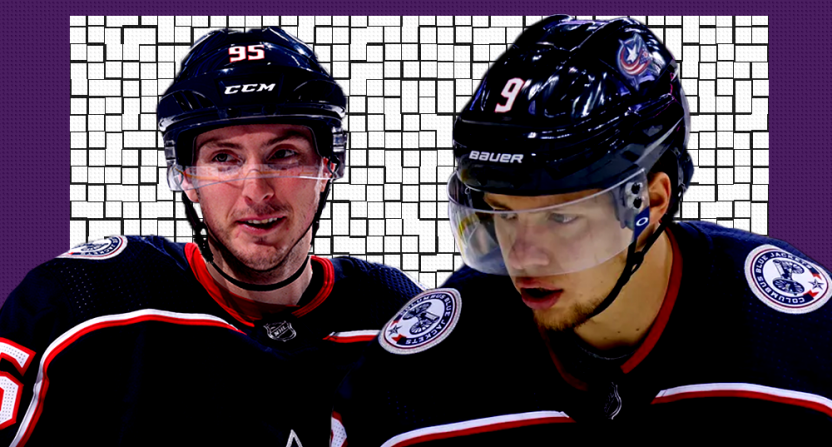 Columbus shocked the hockey world by sweeping first-place Tampa Bay in the first round of the NHL playoffs in one of the biggest 1 vs 8 seed upsets in league history. The series was not supposed to be close, as the Blue Jackets appeared to be a small challenge for a lengthy Lightning cup run, especially after Tampa tied a league record with a 62-win season. So, what happened? The Blue Jackets rewrote their own destiny in February by being bold and going for it by swinging massive team-changing trades.

At the trade deadline, Columbus seemed like a team best-served by selling. They were just hanging on to a Wild Card spot and could have been knocked out playoff contention with a small losing streak. The Blue Jackets also faced the real possibility of their two best players, Artemi Panarin and Sergei Bobrovsky, leaving in free agency. It would have been fully understandable if GM Jarmo Kekalainen traded Panarin and Bobrovsky and recouped some assets while hoping Columbus fell into a final seed with what they had on the roster. That did not happen. Kekalainen went with the opposite, unlikelier approach and took one last swing with his current group of stars.

Kekalainen was uber-aggressive at the trade deadline. He traded multiple conditional first-round picks and top prospect Vitalii Abramov to bring in star center Matt Duchene from the Ottawa Senators. Kekalainen also brought in Ryan Dzingel in a separate deal which cost the Blue Jackets two second-round picks and Anthony Duclair. The Blue Jackets GM was not done there, as he swung a trade for goalie Keith Kinkaid in a deal with the New Jersey Devils and Adam McQuaid in a trade with the New York Rangers. Kekalainen went all-in and brought in more talent for a potential Stanley Cup run, despite a playoff appearance being far from guaranteed.

Kekalainen told Sports Illustrated he took the win-now gamble as it could be the last chance Panarin, Bobrovsky and the group could be together.

“Why wouldn’t we?” he said. “We lose picks? Okay. Those picks that we lose will be ready to play in the NHL five years from now, if then. But we have prospects who are closer to playing. We’re in good shape as far as young players go. This could be the last chance to enjoy Panarin and Bobrovsky and this group.”

Columbus would stumble before winning seven of their last eight games and securing the final Wild Card spot in the Eastern Conference to face off against one of the greatest regular season teams ever assembled in the Lightning. The moves paid off, but by how much much?

In a stunning upset, the Blue Jackets bullied the Lightning in a four-game sweep, outscoring the 62-win squad 19-8. The trades Kekalainen made and did not make turned out to be a difference in the series. Duchene led Columbus in scoring, putting up three goals, four assists, and seven points in four games. Meanwhile, Panarin chipped in two goals, three assists, and five points. Bobrovsky held the Lightning to just two goals per game while posting a .932 save percentage. Kekalainen’s bold moves paid off in spades. The Blue Jackets had no business making the series competitive, let alone sweeping the best team in hockey. The trade deadline moves (or lack thereof) propelled the team into the second round.

While going for it will not work out in every case, Columbus should inspire more clubs to take big swings and see whether the huge risks paid off. In a league where middle-of-the-pack teams too often stand pat and are afraid to make bold moves, the Blue Jackets represent the best possible outcome in screwing conventionality and simply going for it. Kekalainen put his future with the club on the line and traded away significant future assets and held onto Bobrovsky and Panarin despite the risks involved.

Playing it safe is boring and rarely makes a good team great. It is so easy for NHL clubs to just sit back and do nothing. The Blue Jackets went bold and were rewarded with one of the craziest playoff sweeps in league history. Sure, there is a real chance the team gets knocked out in the second round and lose all of their top talents in free agency, but they could also make a deep playoff run against all odds. Nobody saw that coming or being a real possibility. Thanks to Kekalainen’s bold decision-making, the Jackets could continue to surprise. For the rest of the league, they should take notice. It’s sometimes okay to go for it, even if you are not one of the best teams in the NHL.