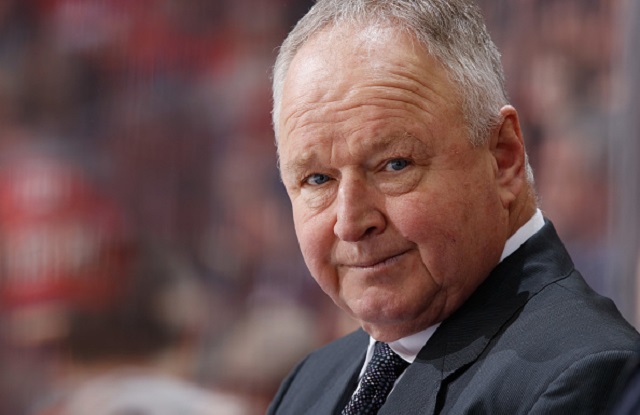 Making a coaching change is a dreaded decision in pro sports, but is usually necessary. Often, change is made to inject new life into a struggling team. Sometimes, however, it can backfire. So far through the 2016-17 NHL season, we’ve seen examples of both situations.

The Anaheim Ducks hoped firing coach Bruce Boudreau and replacing him with the man he himself replaced, Randy Carlyle, would give the talented team the kick in the pants it seemingly needed. Under Boudreau, the Ducks typically did well in regular season play, winning four Pacific Division titles in four seasons. But Anaheim didn’t win the Stanley Cup and apparently anything else wasn’t good enough.

Anaheim convinced themselves to let go of Boudreau and bring back Carlyle, who coached the 2006-07 Stanley Cup-winning Ducks — a move deemed necessary by the team. Unfortunately, the Ducks let nostalgia seriously blind their view of Carlyle, refusing to realize why they fired him in the first place. Carlyle’s teams won through luck and talent, not coaching. His last coaching job in Toronto was a disaster too. But the Ducks valued familiarity over results.

The team really needs to look up the definition of insanity.

The hair flip – on point.

So far, Carlyle shockingly hasn’t turned the tide. Anaheim sits second in the easy-mode Pacific Division, with 19 wins and 46 points in 39 games. The Ducks have lost (20) more than they’ve won (19), but eight losses have come via the extra point in overtime.

In a trend among Carlyle-coached teams, the Ducks have been outshot, allowing 28.4 shots against per sixty minutes at even strength — a drop from 26.2 under Boudreau in 2015-16. Anaheim sports a -0.7 shot 5-on-5 shot differential (Boudreau’s Ducks were +3.1), while allowing more goals than they’ve scored at both even strength with a -0.17 goal differential per 60 minutes and in total, -2 in all situations.

Anaheim had a -0.7 GA/60 under Boudreau last season, but outshot and outscored (+26 in total) opponents over 82 games. Without the offensive talent the Ducks possess and an incredible second-ranked power play (to which Carlyle deserves some credit for), Anaheim would be in big, big trouble. Poor goaltending (.917 5v5) has prevented Carlyle from receiving his usual PDO luck-bump. There’s no guarantee the Ducks will be in the playoffs.

On the flip side, Boudreau has taken his new job to surprising heights early.

The Wild didn’t quite possess the same talent level as Anaheim (although you could argue they’re close), but have enough complimentary pieces and stellar goaltending that the job was enticing for the in-demand Boudreau.

He was fired in Anaheim after a slow start eroded whatever job safety he had following multiple highly successful seasons in Anaheim. The perennial mediocre Wild have been rejuvenated under Boudreau, sitting with the second-most points in the Central with four games at hand against the Chicago Blackhawks, who lead them by a single point. Minnesota has won 23 of 36 matches to start the season — including a recent 12-game winning streak recently halted by the also-streaking Columbus Blue Jackets.

The Wild have allowed the fewest goals in the Western Conference and average the fourth-most goals per game in the NHL at 3.1, not bad for a team that finished 17th in 2015-16. It’s helped them record the best goal differential by far in all situations in the West at +37. Having Devan Dubnyk, a league-best goalie certainly helps, but the Wild play a most efficient style under their new coach.

Boudreau has brought out the best in Minnesota’s talented younger players, as Charlie Coyle (30 points, t-1st) and Mikael Granlund (29 points, 2nd) have surpassed veterans such as Zach Parise and Jason Pominville in terms of efficiency and production. The Wild benefit from Dubnyk between the pipes, as they’re still getting outshot at even strength at -1.4, but the veteran goalie makes a massive difference as the Wild have a healthy +.73 goal differential.

Minnesota is shooting a dangerously-high 9.04 at even strength, so regression to the mean is likely. But with strong depth, smart coaching, and a world-class goaltender, the Wild are real threats in the West. Boudreau’s a big part of that.

The Wild aren’t a perfect team, but they’re in much better shape with Boudreau than without him. The same can’t be said with the Ducks, who are, once again, puttering under Carlyle. Anaheim would have been better served retaining Boudreau or at least hiring a qualified candidate who hadn’t run his course with the team and elsewhere. Now, they’re stuck with him. Right now, the Wild are much better positioned for a date with the Stanley Cup than the talented, but poorly coached Ducks.