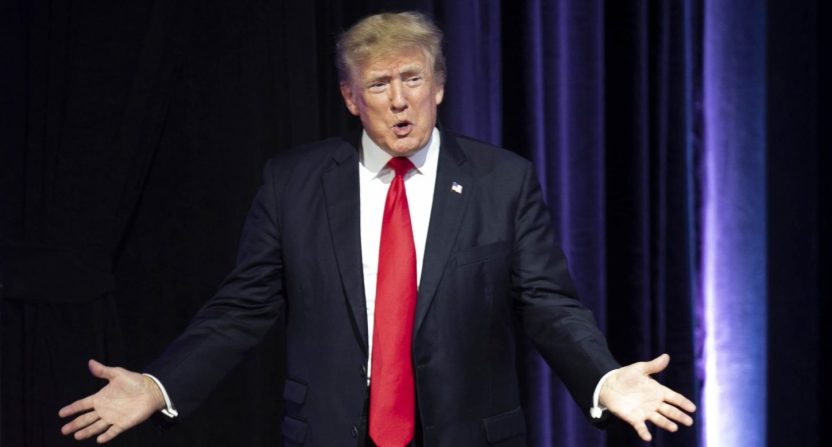 Donald Trump shamelessly used the funeral for Queen Elizabeth II as an opportunity to mock President Joe Biden, a decision that prompted tennis legend Martina Navratilova to push back on the disrespect.

“This is what’s happened to America in just two short years. No respect! However, a good time for our President to get to know the leaders of certain Third World countries,” Trump wrote on his Truth Social platform. “If I were president, they wouldn’t have sat me back there—and our Country would be much different than it is right now!”

In the post, Trump included an image of the funeral and highlighted Biden sitting near the back of Westminster Abbey after the president arrived late to the ceremony.

Navratilova has been very vocal about social and political issues throughout her career in the limelight, often taking specific aim at Trump in recent years. And after the former president attempted to use the Queen’s funeral for political gain, the 65-year-old tennis icon blasted him again.

What an effing psychopath- he even manages to make a funeral about himself… https://t.co/VNIvLJEUqw

“What an effing psychopath,” she wrote on Twitter. “He even manages to make a funeral about himself”

In 1975, Navratilova defected from the deteriorating political situation in her home country, Czechoslovakia, and moved to the United States where she became a citizen in 1981. Since retiring from tennis, the 18-time major champion and former World No. 1 has placed even more emphasis on being a human rights and equality activist. That focus has been highlighted on social media by her willingness to challenge Trump and the current political divide in the US.