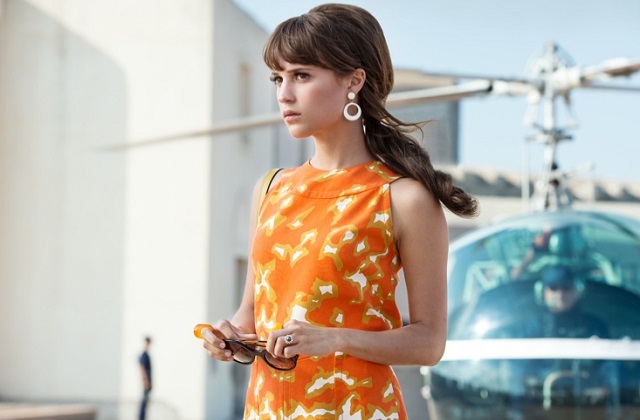 How do you follow up winning an Academy Award for Best Supporting Actress? If you’re Alicia Vikander, you headline one of the few action-movie franchises available for a a female star.

In a somewhat surprising announcement, Vikander will play Lara Croft in MGM’s reboot of Tomb Raider, based on the popular video game franchise introduced in the mid-1990s. The Oscar win for her role in The Danish Girl capped off a breakout year for Vikander, in which she also starred in Ex Machina and The Man from U.N.C.L.E, and had a cameo part in Burnt. (Unfortunately, those latter two films were box office disappointments, but that had nothing to do with Vikander.) This year, she’s set to appear in three films, including Jason Bourne.

What makes Vikander’s casting a surprise is that she hadn’t previously been attached to the role in rumors. The most recent rumblings had Daisy Ridley from Star Wars: The Force Awakens being considered to play Croft, which seemed like an excellent opportunity to catch a rising star. But according to Variety‘s Justin Kroll, Vikander was always the studio’s first choice for Tomb Raider. It was apparently a question of getting a good enough script for her to sign on.

The film will be directed by Roar Uthaug (The Wave), and will reportedly be an origin story featuring a young Croft on her first adventure. That’s probably a smart approach, considering that Tomb Raider essentially has to be re-introduced to a whole new audience that doesn’t remember the video games.

Though starring in a potential franchise with sequel potential could make Vikander more famous than she’s ever been, it appears to be a rather strange choice for someone who can presumably take any role available for a young actress. But maybe therein lies the point: There aren’t that many headlining roles for a young actress. And outside of Wonder Woman or maybe Captain Marvel, there just aren’t that many superhero, action-hero kinds of roles available for women.

However, for MGM (and Warner Brothers, which is co-producing the film), there’s no question that this is a fantastic choice for their fledgling blockbuster property. Having an Academy Award winner star in its action franchise adds significant credibility for the studio. A big reason superhero movies have been so successful over the past 15-plus years is that studios have cast excellent actors in those roles, rather than finding someone who meets the physical requirements but little acting talent. A quality actor can be put on a regimen to get in shape and bulk up for action roles. (This 2014 New York Times article provides some compelling insight into that process.)

The Lara Croft character was previously portrayed by Angelina Jolie in 2001’s Lara Croft: Tomb Raider and 2003’s Lara Croft Tomb Raider: The Cradle of Life. Could playing Croft do for Vikander’s career what it did for Jolie’s? (Of course, Jolie never won an Academy Award…)

As Tomb Raider is in the very early stages of pre-production, no release date has been targeted.