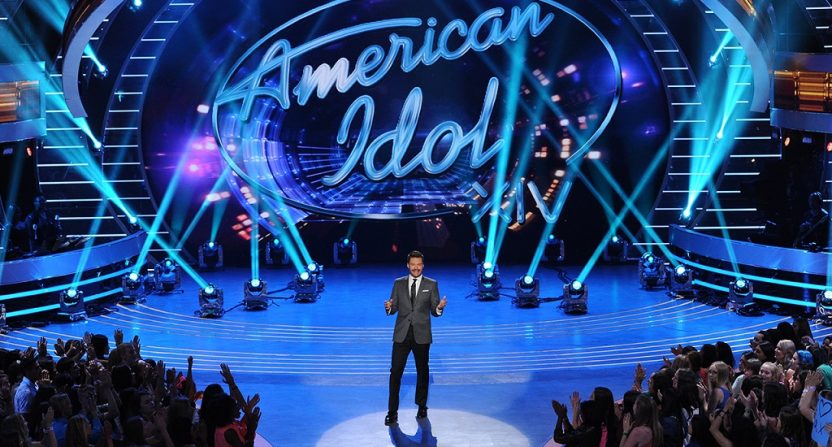 After a 15-year run on Fox came to an end in 2016, American Idol already appears set for a return. However, this time it will reportedly air on one of Fox’s biggest rival networks.

Variety reports that ABC “has a deal in place” with American Idol production company FremantleMedia to revive the reality singing competition series. The show would premiere next March and air on Sunday nights, when ABC has struggled with ratings largely due to having no NFL package like the other members of the Big Four do:

ABC has a deal in place with FremantleMedia to revive “American Idol.”

The broadcast network and the production company have settled on a framework for an agreement to bring back the long-running singing-competition series. According to sources, the Alphabet is eyeing a March premiere for the show, which would potentially air on Sunday nights, where ABC has struggled in recent seasons against NBC’s “Sunday Night Football” and programming on Fox and CBS that benefits from a strong NFL lead-in. The Alphabet is the only broadcaster of the Big Four that does not have an NFL package.

In February, it was reported that NBC would be the network to revive American Idol, and that certainly made sense to pair with another singing competition series in The Voice. Additionally, former popular American Idol judge Simon Cowell has an exclusive contract with NBC and is currently a producer for the network’s series America’s Got Talent.

And Variety adds that Fox made a late run to bring American Idol back, but was ultimately outbid by ABC:

To land the show, ABC had to outbid Fox, which moved aggressively in recent weeks to bring the series back to its air.

It’s unclear whether former host Ryan Seacrest will return to the show, as Seacrest is the new co-host for ABC’s morning show Live with Kelly Ripa, which is filmed in New York. American Idol had been filmed in Los Angeles with Fox.

American Idol aired on Fox from 2002-2016, and was the highest-rated show on television for an eight-year period, beginning in 2003. The program saw a steep decline in ratings over recent years, but would still likely provide a big upgrade in that department for ABC.