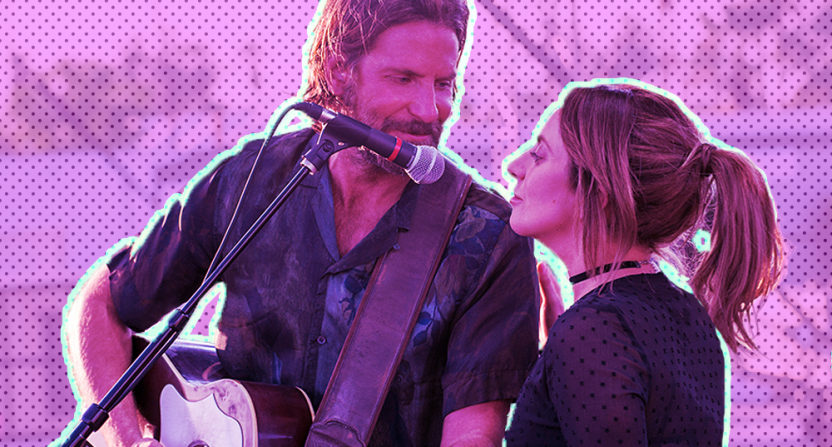 When your original trailer comes out, and it turns into a meme, it generally doesn’t bode well for that movie. Time and time again, the trailers that we poke fun at are the movies that end up getting Razzies instead of Oscars.

A Star Is Born bucked that trend by putting out a sneaky compelling story about fame and opportunity.

The movie follows around Jackson Maine (played by Bradley Cooper) and Ally Campana (played by Lady Gaga) as they meet one another, fall in love with one another, and then eventually find themselves battling with each other for attention.

Even from the first few scenes when you are introduced to the characters, you realize that you’re going to get a bit of everything from this movie. You do get the meme moments; you also get the cheesy moments that lead up to it as well. Interspersed in between all of that, you also get moments that will give you chills. Your feelings about the movie may change from scene to scene because of it.

What worked first and foremost was the music that they used in the movie. When both Gaga and Cooper are singing on stage with one another, you’re completely enthralled. It is what makes the movie tick and eventually lifts it to greatness. The original songs aren’t going to be topped this year and are likely not going to be topped in the next few years either. That is how good it is; you’ll find yourself humming days later.

By the same token, there are issues with the movie that are going to draw criticism from many moviegoers. While Gaga is a dazzling singer, some of the more serious moments in my theater drew laughs instead of solemn reflection due to how she played up her part. The second act of the movie especially drags when they start to focus more on her and her character’s advancement up the pop culture chain of command.

Bringing it back into focus is a third act that frankly has stuck with me for a couple of days after the fact. I have not seen any of the previous iterations of this film, but this strays a tiny bit off of the path set by the 1976 film.

The supporting cast is also outstanding and at first glance resembles more of a ragtag crew than anything you’d see in a blockbuster movie. Andrew Dice Clay, Dave Chappelle, and Sam Elliott are all given enough scenery to chew on and make an impression given how small their roles are. Elliott is especially poignant in his scenes with Gaga.

It is going to be a divisive film no matter how you slice it. In the right here and now, it works. It feels right, and it hits enough of the notes that you walk out feeling truly moved. It wouldn’t be surprising if over time and given enough space that this movie becomes too much for its own good.

Realizing that this is Cooper’s directorial debut added onto the fact that he also wrote, sang and acted in it, you can’t leave without feeling impressed. Again and again, I found myself enjoying the movie for what it was and not getting enamored with the unanswered questions I had while watching.

A Star Is Born was exactly what I expected. It was excellence interspersed with moments of wonderful cheesiness. It’s going to enthrall moviegoers thoroughly.