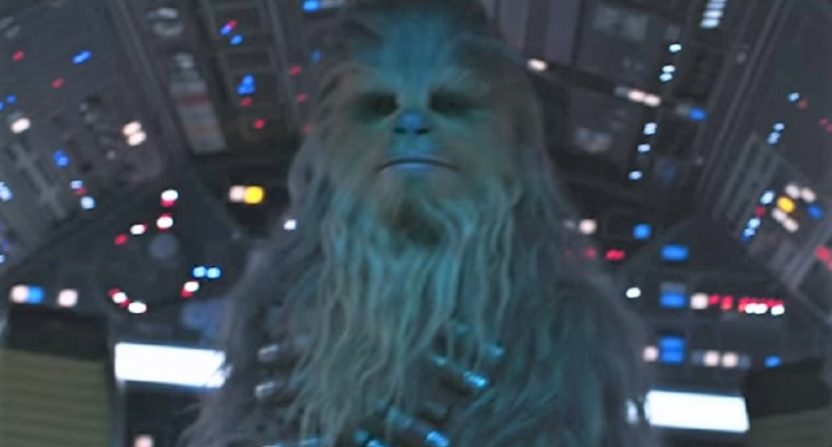 The new trailer for Solo: A Star Wars Story debuted Sunday night, though may have gotten overshadowed a bit, depending on how you fill your social media timeline. For instance, did you give this a look between WrestleMania matches? Between innings of the Nationals-Mets?

To hardcore fans, or even those who don’t follow pro wrestling or sports, those are silly questions. Yet it’s also possible that many were catching up on the new Solo trailer on Monday morning. Personally, I think the teaser and first trailers we saw in February around the Super Bowl were better, but there is plenty to enjoy here.

Perhaps the biggest surprise of the trailer, other than the guitar-strummed beginning, is that Chewbacca is really the star of these two-and-a-half minutes. Maybe that holds true for the movie as well. Han Solo might not be the most interesting character in his own story. Several fans may claim that’s a big problem, but it doesn’t have to be. You could say the same thing about Black Panther. If Solo gives us great Chewbacca and Lando Calrissian moments, along with what else we may get from new characters such as the robot L3-37, it should be a lot of fun.

The trailer’s big reveal is that Chewbacca is 190 years old. (Though we don’t necessarily know what that is in Wookiee years.) That means he’s roughly, what, 200 years old when he’s introduced in Episode IV: A New Hope? And 230 or so in The Force Awakens? If we ever get a standalone Chewbacca movie, his life span provides plenty of story to use. (Hey, Joonas Suotamo, who now plays Chewbacca, is only 31 years old. So he could play this role for many years to come.)

Did you see the trailer yet? So happy we can close the debate on Chewbaccas age. He’s clearly Rawwrrgh-years old!

With six weeks to go until we get to see Solo, here are our big takeaways from this latest trailer:

Do we really need a Chewbacca cliffhanger? 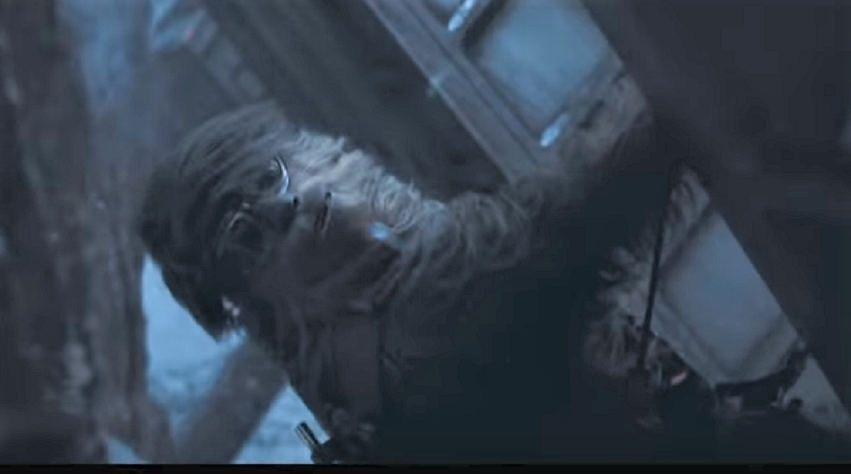 One of the fundamental issues with prequels is that they’re limited by the stories which come after them. So when the end of this new trailer includes a cliffhanger with Chewbacca appearing to be in imminent danger, hanging off the side of a train with a rock face coming right at him, we know he’s going to survive. Chewie is in four other Star Wars movies that take place after Solo: A Star Wars Story.

Sure, it’s a thrilling sequence, and maybe the idea is to compel viewers to see how Chewie gets out of that predicament. But it also seems vaguely insulting to our intelligence. Unless that’s the real surprise of this movie: Is the Chewbacca we know not the real Chewbacca? Imagine the outrage if that ended up happening.

Who’s the other Wookiee Chewbacca is leaving behind? 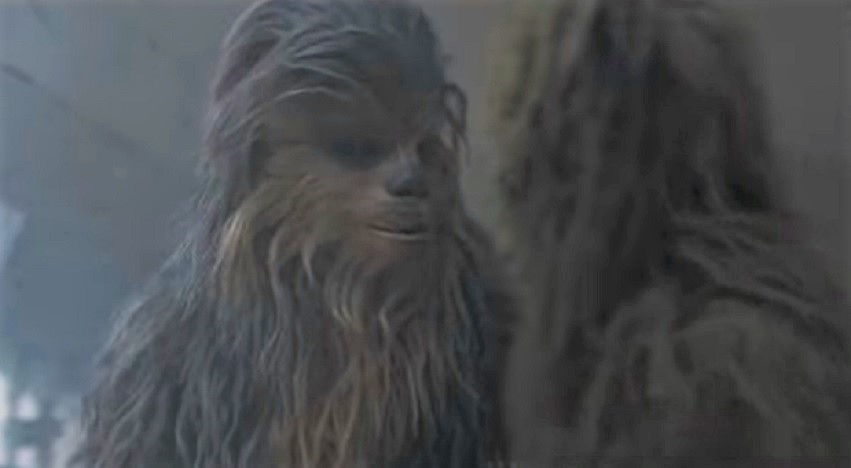 We’ve never seen a hint of a personal life for Chewbacca in the Star Wars films (unless you count the awful Star Wars Holiday Special that played on CBS in 1978). But it appears that we’ll at least get a glimpse of that in this movie. Chewie’s saying goodbye to someone, and judging from the gesture, it’s someone very close to him.

It’s not readily apparent that the other Wookiee is female, and we’re open to all possibilities, but Chewbacca is obviously leaving someone behind before he flies off with Solo. He has a wife and son, according to Star Wars novels (and that holiday special), but what is considered canon in the Star Wars universe isn’t clear anymore. Seeing some backstory for a character who has none (at least on screen) is intriguing and presumably one of the reasons for this standalone prequel to exist. 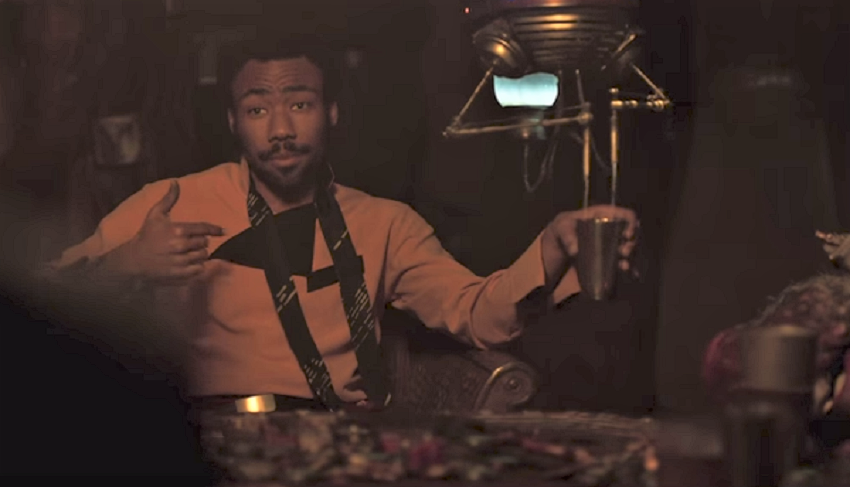 We’ve all known that Donald Glover portrays Lando Calrissian in this film. It might be the part of the movie that fans are most excited about. But in the teaser and first trailer, only a couple glimpses of Lando were shown. In this new preview, we finally get to hear him speak. We get a little bit of his story, especially in regards to how his path crosses with Solo’s. Qi’ra (Emilia Clarke) introduces them, knowing that “the best smuggler around” has a ship — the ship — that can help Solo and his crew pull off the job they’re planning.

Glover also gets to show off just how cool Lando is by calmly telling L3-37 (Phoebe Waller-Bridge) to “let go of the mean man’s face.” He’s also a much calmer presence in the cockpit of the Millennium Falcon, gently suggesting that Solo buckle up, presumably before they make the jump to light speed.

Will we be able to emotionally handle Lando losing the Falcon? Or will it be a portrayed as a triumphant part of the Han Solo mythology?

He’s not Han Solo yet 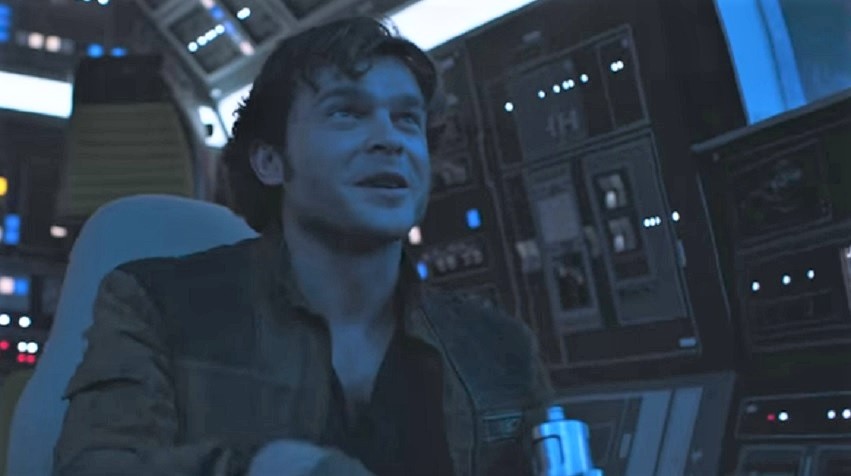 This is a point we’ve repeated while looking at the other Solo trailers, but this new look again makes it clear that the fledgling smuggler we meet in this story is not the charming rogue Harrison Ford portrayed in four previous Star Wars films. There may be no better example of this than the twist on Han Solo’s classic phrase, “I’ve got a bad feeling about this.” When it looks like Solo might have gotten away from whoever’s pursuing him, he says “I got a really good feeling about this.” Oh, Han — so naive, so innocent. The universe has yet to turn him completely cynical.

Those with concerns about Alden Ehrenreich’s portrayal of Han Solo, particularly his ability to imitate Harrison Ford, probably won’t have more confidence from this trailer. It’s unfair, but Ehrenreich just doesn’t seem like a young Ford in his demeanor or line delivery. We can keep saying “this isn’t the Han Solo we know,” and that he hasn’t yet developed that familiar persona. Some fans will be willing to accept that, even if it means we’re doing some of the filmmakers’ work for them. But how many others won’t?

We know who the bad guy is! 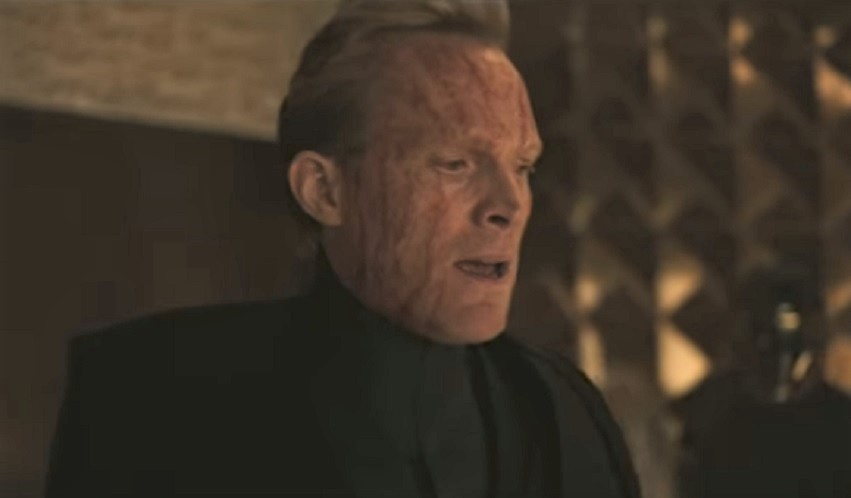 Well, maybe. Woody Harrelson’s Tobias Beckett might turn out to be the story’s real bad guy (which would resemble the Yondu-Peter Quill dynamic in the Guardians of the Galaxy movies, if so), especially if Solo somehow double-crosses or swindles him. (Beckett tells Solo “if you come with us, you’re in this life for good.” But we already know that isn’t true.) However, the target for Beckett’s gang of thieves — which includes Thandie Newton’s character, Val — is Dryden Vos (the name isn’t mentioned in the trailer), a “big-shot gangster.”

Bettany replaces Michael K. Williams, who shot all of his scenes for previous directors Chris Lord and Phil Miller, but wasn’t available for reshoots when Ron Howard took over. So the part had to be recast (and changed from a “half-human, half-animal” to a full human character). In a one-month span, Bettany will provide a blockbuster one-two punch between this role and playing Vision in Avengers: Infinity War. 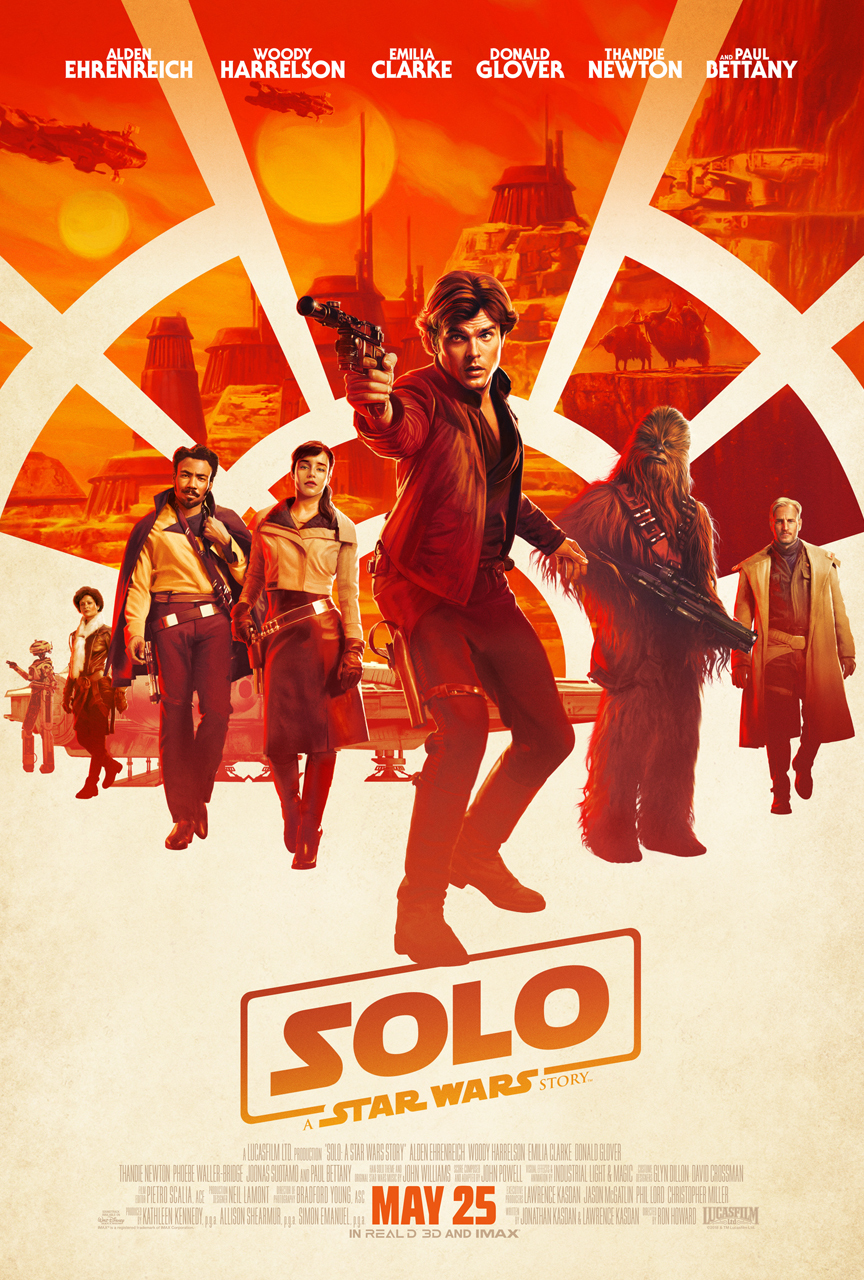 Solo: A Star Wars Story opens in theaters May 25.