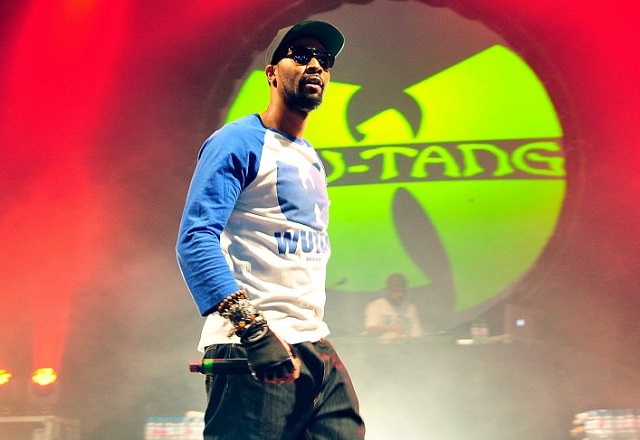 To say that Wu-Tang Clan does things a bit differently may be an understatement. Ever since their arrival on the national stage with their debut album Enter the Wu-Tang (36 Chambers), the Staten Island group of nine have blazed their own trail in a crowded and increasingly commercial world of hip-hop.

So, perhaps it shouldn’t have been a surprise when they announced a one-of-a-kind production, where they would release just one copy of their latest album, Once Upon a Time in Shaolin, and sell it to the highest bidder.

The group was motivated by trying to make history in the music industry once again, and no doubt drum up some more publicity for a group who saw floundering sales of its last full album back in December of 2013.

That album, A Better Tomorrow, sold just 60,000 copies, so something new had to be done to spark interest in a group that has spent 20-plus years in the hip-hop industry.

Some fans were none to happy about this one-off release, with some even taking to Kickstarter to try to become the highest bidder. That campaign only raised $15,000 though.

Shkreli is just 32 years old, but has been a hedge fund owner that specialized in shorting pharmaceutical stocks and then founded his own pharmaceutical company, Retrophin. There is currently a dispute being settled in court between Shkreli and his former company, but the mega-rich man has moved on to another venture — Turing Pharmaceuticals.

It’s that company that has furthered his controversial reputation thanks to an acquisition of the drug Daraprim, an anti-parasitic drug. At the time of acquisition, Daraprim was at just $13.50 a pill, but his company now sells the drug for over $700 a pill.

Such a move isn’t uncommon in the pharmaceutical industry, but his move highlighted the problem with price gauging of name-brand drugs. It even drew the attention of Democratic presidential candidate Hillary Clinton and Republican front-runner Donald Trump, according to Bloomberg:

“Price gouging like this in the specialty drug market is outrageous,” Clinton tweeted. Her Republican opponent Donald Trump also attacked Shkreli. “He looks like a spoiled brat to me,” Trump said. The BBC wrote that Shkreli “may be the most hated man in America.”

The sale apparently took place in May, well before the most recent controversy surrounding Shkreli came to light. Still, RZA and the Wu-Tang Clan aren’t taking any chances and released this statement following the revelation that Bloomberg was about to reveal the owner of the album:

“The sale of Once Upon a Time in Shaolin was agreed upon in May, well before Martin Skhreli’s [sic] business practices came to light. We decided to give a significant portion of the proceeds to charity.”

For his part, Skhreli never lost his love of rap that, according to Bloomberg, began with his reading of Shakespeare while in high school. However, it was the Wu-Tang classic, “C.R.E.A.M.,” that got him most interested in the group from his hometown of New York City.

Leading the group was always producer RZA, whose signature gritty sound and martial arts references gave this group a sound unlike anything else in the genre during its breakout time of the mid-90s. However, Wu-Tang Clan has gone on to produce many solo projects and its time together as a collective has gotten rarer by the year.

The group’s latest album, A Better Tomorrow, was released last year, but sold just 60,000 copies in the United States. They went the opposite direction for Once Upon a Time in Shaolin and it apparently paid off.

According to Bloomberg’s sources, the deal says that the Wu-Tang Clan sold Shkreli the album for $2 million. Yes, $2 million for one album with 31 songs on it.

Will Shkreli let the album go public or will the reclusive pharma CEO keep the classic album to himself?

Before that, Shkreli may want to actually listen to the album, as Bloomberg’s report says:

He hasn’t listened to Once Upon a Time in Shaolin yet. He’s saving that for a time when he’s feeling low and needs something to lift his spirits. “I could be convinced to listen to it earlier if Taylor Swift wants to hear it or something like that,” Shkreli says. “But for now, I think I’m going to kind of save it for a rainy day.”

If you have $2 million to drop on a single album, perhaps you also have the ability to not be a teenage girl and rip open the packaging and drop the album straight in to the player the minute you get it. Must be nice to sit on that kind of purchase for a rainy day.