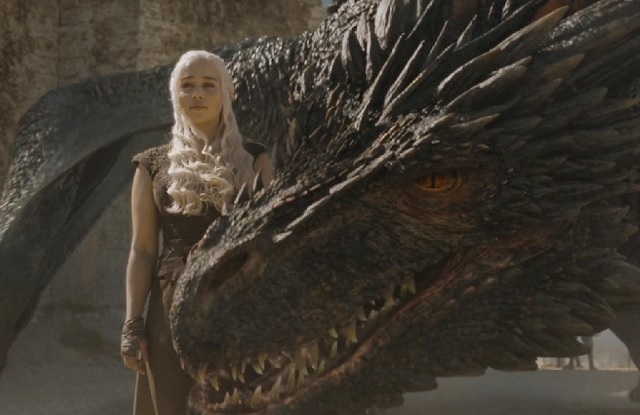 Emilia Clarke, the actress most will know from her role as Daenerys Targaryen in HBO’s Game of Thrones, is set to star in a film with a, shall we say, unusual concept.

Fox 2000 won a bidding war with five other studios for the rights to make “The Beauty Inside,” according to a report from Deadline, and has plans for Clarke to serve as the lead. Meanwhile, the writers behind “The Fault In Our Stars,” Scott Neustadter and Michael H. Weber will be in charge of adapting the concept for American audiences.

The plot of the movie is based off a 2015 Korean romantic comedy by the same name, and boy is it is a doozy. Essentially, a man keeps waking up in a different body each morning and has to find a way to reconnect with the woman he loves.

Here’s a trailer for the Korean version. We’ll let you be the judge for its potential stateside.

The winning bid was a cool $2 million, which is a steep price to pay for a pitch. This in no uncertain terms shows the strong faith the studio has in both Clarke as a draw, and the overall project as a whole.

In recent years, Clarke is starting to land bigger and bigger roles on the silver screen in addition to her work on Thrones. She was Sarah Connor in Terminator Genysis (2015), and in 2016 was the lead in the well-received romantic movie Me Before You.

TV may be more prestigious than ever, but for now, movie stars are still the biggest fish in the pond. With Game of Thrones nearing its end, recent evidence shows that the path for Clarke’s transition to film is wide open to her should she desire to pursue it.