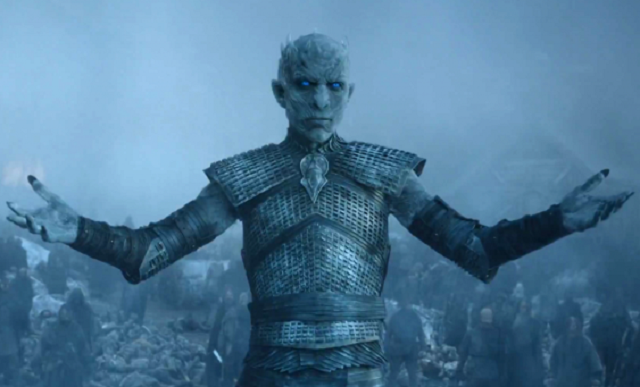 Game of Thrones is a global phenomenon that, just like with J.K. Rowling and Harry Potter, has made George R.R. Martin a star. Sadly for him, unlike with J.K., fans are really mad at him right now.

Back in 2011, A Dance With Dragons was released as the fifth installment in the seven-part book series A Song of Ice and Fire. The series is what HBO’s smashing hit Game of Thrones is based on.

ADWD was released to coincide with the premiere of season one of Game of Thrones. As a result, many GOT fans believed the sixth installment, The Winds of Winter, would arrive around the start of seasons six or seven. Well, season six already came and went and the likelihood of the book arriving before season seven this upcoming summer is looking less and less likely.

GRRM recently announced on his blog that he will be making his final public appearance of 2016 at the Guadalajara International Book Fair that runs from November 26th to December 3rd. GRRM detailed his involvement in the fair.

“I’m one of the guests at the conference. I’ll be doing interviews, a press conference, a live streaming event, and a signing. I expect I will be doing some tequila tasting as well. I am informed that Guadalajara is the tequila capital of Mexico.”

Later on in the post, GRRM also mentioned TWOW and what his schedule for finishing it currently looks like.

“This is my last scheduled event for 2016. My appearance schedule for 2017 is very limited, and will remain so until WINDS is completed. So if you want to meet me or get a book signed, this will be the last chance for a good few months…”

A good few months could mean a couple things:

1. GRRM believes he can finish the book within a few months and then send it to editing and publishing, which will take a couple more months before the book is released.

3. GRRM doesn’t have any damn pages and the book will never come out.

It’s really impossible to tell what this means, if anything at all. At one point, it seemed like the book would come out in 2016, as that was a goal of GRRM’s. Now that it hasn’t and won’t, fans are hoping it comes out before GOT wraps up its seventh season this summer.

HBO hasn’t announced when season 7 will debut, other than the fact that it will debut later than normal. The show typically starts its season around the end of April, but it is expected the new season, which will only consist of seven episodes, may not start until June or July.