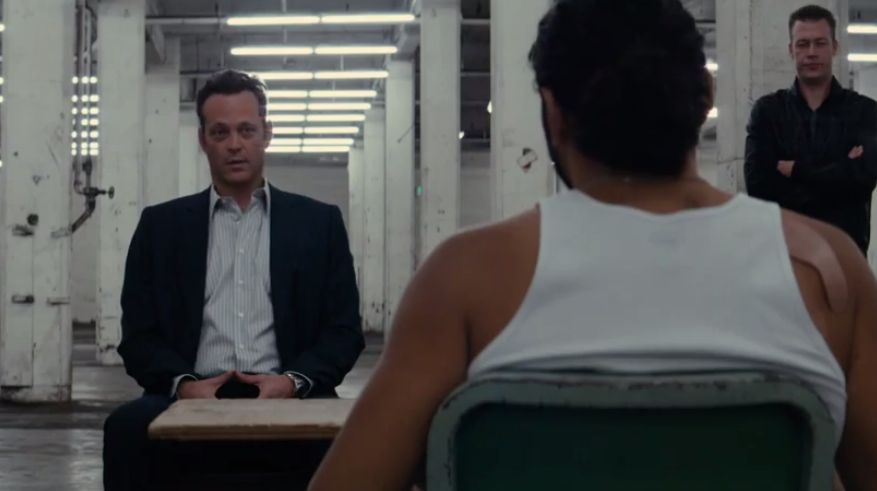 It turns out there was one person who liked season two of True Detective: HBO president of programming Michael Lombardo, who was pleased with the show’s critically-panned sophomore effort.

“I think you need to watch the entirety of it,” he cautioned. “I think the season’s ending is as satisfying as any series we’ve done.”

After receiving rave reviews for its first season, True Detective submitted an eight-episode follow-up that left many fans disappointed. The season, which came with big names like Colin Farrell, Taylor Kitsch, Rachel McAdams and Vince Vaughn was criticized for having too many characters and unfocused storylines. Season two holds a 61 rating on Metacritic.com, compared to 87 for season one.

Lombardo’s thoughts on season two aren’t all positive, however. In an interview with The Frame, he took blame for putting pressure on creator Nic Pizzolatto to produce on deadline:

I’ll tell you something. Our biggest failures — and I don’t know if I would consider “True Detective 2” — but when we tell somebody to hit an air date as opposed to allowing the writing to find its own natural resting place, when it’s ready, when it’s baked — we’ve failed. And I think in this particular case, the first season of “True Detective” was something that Nic Pizzolatto had been thinking about, gestating, for a long period of time. He’s a soulful writer. I think what we did was go, “Great.” And I take the blame. I became too much of a network executive at that point. We had huge success. “Gee, I’d love to repeat that next year.”

Well, you know what? I set him up. To deliver, in a very short time frame, something that became very challenging to deliver. That’s not what that show is. He had to reinvent the wheel, so to speak. Find his muse. And so I think that’s what I learned from it. Don’t do that anymore.

And I’d love to have the enviable certainty of knowing what my next year looks like. I could pencil things in. But I’m not going to start betting on them until the scripts are done.

According to Deadline, Lombardo also suggested HBO was open to a third season and it will be Pizzolatto’s decision whether that happens.