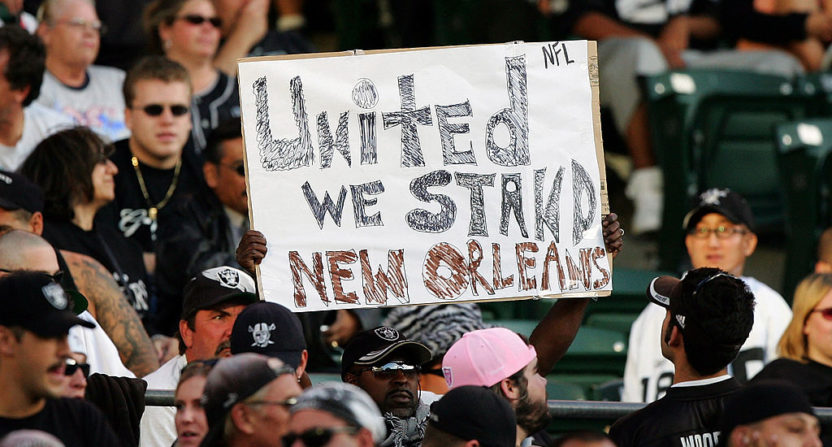 Ryan Murphy may have thought a bit too much about the future of American Crime Story. The Hurricane Katrina-themed season, which was scheduled to be the second season of the series following last year’s People vs OJ Simpson season, hasn’t even started filming yet, and has been pushed to be the third season of the show following the Gianni Versace season.

Director Anthony Hemingway said over the weekend that prep work hasn’t even been started on the series yet, despite a handful of roles already been cast.

“That just kind of got stalled,” director Anthony Hemingway told The Hollywood Reporter on Saturday at the Television Critics Association’s summer press tour when asked about the previously announced season of Ryan Murphy’s hit FX anthology. “We’re all standing by waiting to find out what’s happening.”

“Nothing has really been done. We haven’t started prep on it at all,” added Hemmingway, who directed who directed five episodes of the show’s Emmy-winning first season, The People V. O.J. Simpson. But is there a chance Katrina just won’t happen? “Who knows. It’s all up to Ryan Murphy,” he said. FX and producers 20th Century Fox Television did not immediately respond to THR’s request for an update on Katrina’s status.

The reason for the delay with the Katrina season is apparently centered around Murphy’s involvement with the Versace season.

Sources suggest that the reason for the Katrina delay is that Murphy has been more invested in the Versacestory and that the former was proving more difficult to realize than expected. “I just think that was [what was] at play. It was the bird in hand syndrome. [Versace] needed a lot of attention, so I think he just made the decision to do that,” noted Hemingway. “Instead of do what was intended, which was doing them parallel at the same time, he chose to do them one at a time.”

Also in January, it was reported that the potential struggles of filming in New Orleans could play a role in the delay of the season.

Also, in New Orleans when it comes to productions, they have to contend with hurricanes and prod companies can only get insurance at certain times of the year.

The wait will continue. Who knows, at this point, maybe the rumored Monica Lewinsky fourth season will air before the Katrina season.