The Inhumans — a Marvel series based on characters who debuted in Fantastic Four #45, a super-powered royal family and race living on the moon — features a teleporting bulldog, a king who literally can’t speak without causing major destruction, and a queen with invincible, prehensile hair. It’s a bonkers, somewhat campy concept.

Admittedly, what’s not so fun after seeing the latest trailer for ABC is their adaptation of the popular characters.

In Marvel’s Inhumans, the titular characters led by Maximus the Mad (Iwan Rheon) warn King Black Bolt (Anson Mount) about humans coming to their hidden land of Attilan. Maximus appears to be leading a coup against the always silent Black Bolt and Queen Medusa. While the Royal Family wants to stay on Attilan, Maximus wants to go to earth and live and thrive on the populous planet.

Bizarrely, the trailer makes Maximus look like a hero, while Black Bolt is preventing him from living among humans on Earth. Surely, there’s more to Maximus’ plan, but the character looks to be more grounded than his purely evil comic counterpart. Going to Earth and living among the humans doesn’t sound like that evil of a plan.

The rest of the trailer doesn’t reveal all that much. A teleporting bulldog named Lockjaw comes between Maximus and Black Bolt’s standoff and teleports our supposed hero to Earth. There he’s chased and beaten by cops while trying not to speak and cause further destruction. Meanwhile, on Attilan, Maximus’ takeover is in full effect.

We’re shown very little of the weird Inhumans stuff. What we do see is master martial artist Karnak kick some ass. 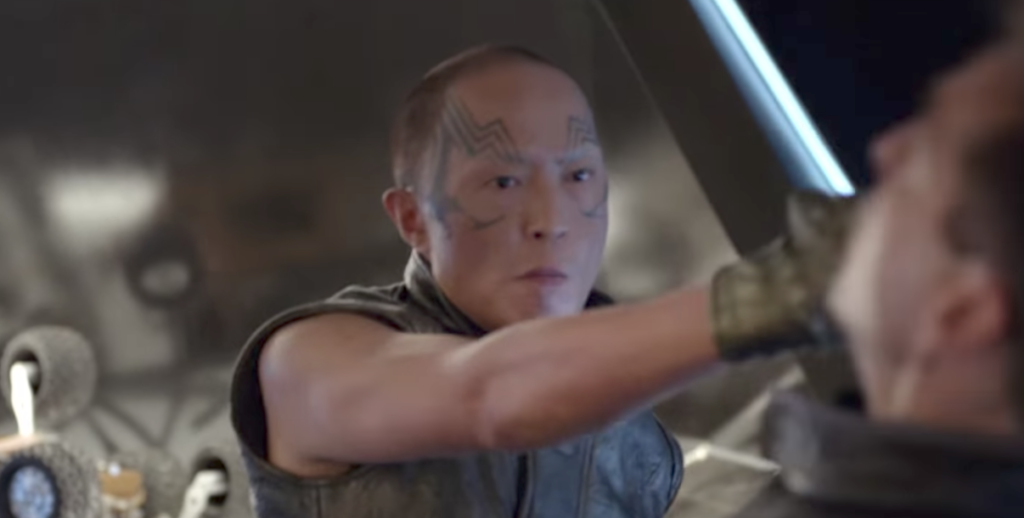 Furthermore, the underwater expert Triton is briefly shown in a montage, assumably helping a human woman escape a pending threat.

Honestly, as a massive Inhumans fan, there’s nothing to write home about here. Plenty seems off.

Black Bolt looks stiff and doesn’t have his iconic mask and Medusa looks willfully misplaced with both colorful hair and outfit backdropped against muted colors across Attilan. In this trailer alone, the Inhumans have had all the life sucked out of them. It looks like standard superhero stuff. Further adding to potential disappointment is the fact that Dexter alum Scott Buck is the showrunner for Marvel’s Inhumans. His last project? The critically eviscerated Iron Fist.

I want nothing more than for this to be good. When Marvel decided to cancel the Inhumans movie in favor of doing a TV show, it was a tough pill to swallow. Especially considering ABC’s Agents of S.H.I.E.L.D. tackled Inhumans on the small screen already. The royal family appeared destined for big things. Instead, this looks like a mess with the potential to be hilarious for all the wrong reasons. I hope I’m wrong, but the first big look at the show does not inspire confidence.

The eight-episode series will debut in IMAX Theatres Sept. 1, while Marvel’s Inhumans will hit ABC Sept. 29.