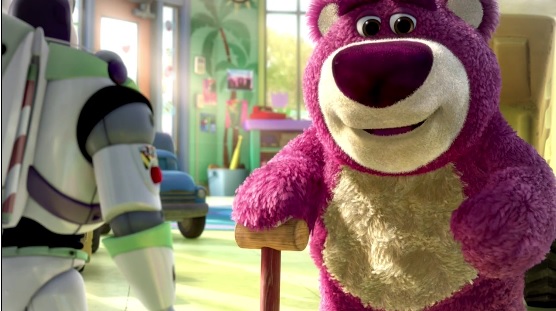 Pixar movies are all interconnected with various easter eggs like the Pizza Planet truck or John Ratzenberger’s voice.

This week, Disney proved they’re all interconnected with obscure character easter eggs too.

The video itself is pretty cool. It takes you through every single movie Pixar has made (all 17 of them) and shows you one instance where all 17 includes an easter egg of a character that relates to another movie.

Some of the most unique ones are when Monsters Inc. and Monsters University star James P. “Sulley” Sullivan played by John Goodman appears on a piece of wood in Brave (0:37). Or when the Gusteau’s restaurant sign in Ratatouille is made into “Gastow’s” in Cars 2 (1:30).

These types of “easter eggs” have been discussed and examined for years now in Pixar movies. The one investigated the most is arguably the Pizza Planet truck sightings.

The thing is, they aren’t the only movie franchise/company that has its fair share of easter eggs. The Marvel superhero universe is well known for them as well.

But lets go back to Pixar and rank their 17 incredible movies (however fair warning these are my personal rankings and I haven’t yet seen Brave or The Good Dinosaur so they are therefore tied for 16th).

1. Finding Nemo – Honestly, the first seven movies on this list could be number one, but Nemo sticks out to me. I always loved the ocean and to me this is the movie where the graphics and animation really began to stand out.

2. Toy Story – Is there anything better than the classic? Any kid who sees this immediately sees their imagination grow to the point where they think their toys really are alive when they aren’t looking.

4. Toy Story 3 – Not afraid to admit I almost cried when I saw this. It’s so well done and should’ve ended the Toy Story franchise, but that’s a different argument for another time.

5. Up – Maybe one of the best intro scenes out there. If you haven’t seen it yet, watch it now. It doesn’t spoil the movie, but it does guarantee you’ll want to keep watching… oh and you will be crying.

6. The Incredibles – The first superhero movie kids can understand. Yes the Marvel movies work for kids too, but no child will understand all the sexual innuendos coming out of Robert Downey Jr.’s mouth.

7. Inside Out – This takes such a simple concept and amplifies it, which is what Pixar is known for. On top of that, it’s a great movie for kids and adults.

8. WALL-E – Let’s just say it looks like this movie could end up being about Planet Earth 10 years from now.

9. Toy Story 2 – Another strong Toy Story movie, but definitely not as good as the other two.

10. Monsters Inc. – Loved this movie when it came out, but it doesn’t hold up as much as the others. It’s a top 2-3 Pixar movie when you see it the first time, but after a while it gets old and doesn’t stay on top.

11. Ratatouille – It makes you hungry and is a ton of fun, but the whole rat part is hard on the eyes for some people.

12. Cars 2 – Good action, well really the only Pixar movie with a ton of action, but meh storyline. Still better than the original Cars simply because of the action.

13. A Bug’s Life – Good not great, but definitely better than Antz.

tied-16th. The Good Dinosaur and Brave – Haven’t seen either.

To round this out, here are the six future Pixar movies you can expect to see through 2020: