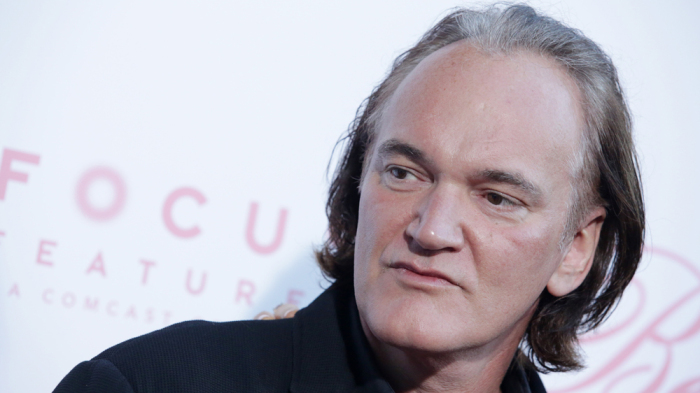 Quentin Tarantino has had the kind of writing and filmmaking career that makes it impossible to predict what he might do next. But did anyone expect that he might do a Star Trek movie?

As first reported by Deadline’s Mike Fleming, Tarantino pitched a Star Trek idea to J.J. Abrams, who directed the first Star Trek reboots and was a producer on 2016’s Star Trek Beyond. The pitch was then taken to Paramount, where a writers room will be put together to build a story around Tarantino’s premise. If writers manage to break a script and production moves forward, it’s very possible that Tarantino could direct the film with Abrams producing.

Before getting too excited, it should be mentioned that Tarantino is already working on another film of his own. According to Vanity Fair, the story will take place in 1969 and follow multiple plotlines (much like Pulp Fiction) against the backdrop of the Charles Manson family murders and follow a TV actor who is looking to break into the movie industry.

Margot Robbie and Jennifer Lawrence have been rumored to play Sharon Tate, an actress who was murdered by members of the so-called Manson family. Brad Pitt (who starred in Tarantino’s Inglourious Basterds) could have a role in the film, though it’s not known if he would play that TV actor or a detective investigating the Manson family murders. Tom Cruise and Leonardo DiCaprio have also been approached about roles, which could also include the TV actor’s stunt double who acts as his sidekick.

The project already has a release date set for Aug. 9, 2019 (which is the 50th anniversary of Tate’s murder), so production is certain to begin soon.

This 1969 film would be Tarantino’s ninth film, and the director has said he plans to make 10 movies before he retires (though he’s playing coy as to whether or not that would mean he’s done making movies entirely). So would Quentin Tarantino wrap up his filmmaking career and top it off with a Star Trek movie?

Tarantino talked about his Star Trek fandom, especially the original series, on the Nerdist podcast two years ago and provided an idea of what his movie might be based on.

“You could take some of the great, classic Star Trek episodes and easily expand them to 90 minutes or more, and really do some amazing, amazing stuff,” said Tarantino. “The obvious one would be ‘City on the Edge of Forever,’ but that’s what everyone would go to. But there’s a reason why everyone would go to that. It’s one of the classic stories of all time, and one of the great time-travel stories.”

In “City on the Edge of Forever,” written by legendary sci-fi author Harlan Ellison, Dr. McCoy goes back in time to change history, which requires Captain Kirk and Mr. Spock to then also travel back to the past to restore events to what they were. The episode is often cited as the best of the original series.

Additionally, Tarantino expressed his love for a Star Trek: The Next Generation episode (in Season 3) called “Yesterday’s Enterprise,” in which the Enterprise protects a Klingon ship being attacked by the Romulans. Also a time-travel story, the Enterprise unwittingly interferes with the timeline, thus causing a 100-year war between the Federation and Klingon empire. What he loved was how the episode addressed the entire Star Trek mythology, something that could be expanded into a larger story.

Paramount previously announced plans for a fourth film in the Star Trek reboot series (referred to by some fans as “Kelvin”), in which Chris Hemsworth would be brought back as James Kirk’s father, George. But since Star Trek Beyond drew a disappointing box office, perhaps the studio would be — and frankly, should be — far more interested in whatever Tarantino may have in mind. Presumably, this would be with the reboot cast featuring Chris Pine, Zoe Saldana, Karl Urban and Zachary Quinto.