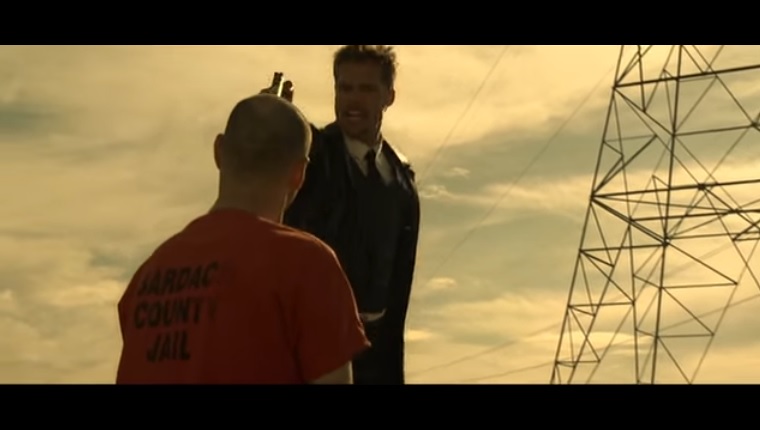 If you’ve never seen Seven, let me tell you two important things pertaining to this article: You should probably stop reading now, and you should stop whatever you’re doing and go watch Seven.

If you’ve never seen the movie and are still reading just to read, here’s the premise of the movie:

Nearly retired Detective Somerset and new to his unit Detective Mills are teamed up to investigate a series of murders that seem to be connected. Mills moved to the unnamed city with his wife Tracy who becomes close with Somerset. In fact, the two become so close Tracy tells Somerset she is pregnant before even telling her husband.

The detective duo connects the dots between the murders and discovers they revolve around the seven deadly sins: gluttony, lust, greed, sloth, wrath, envy, and pride. The detectives ultimately discover the killer has been planning this spree for a while and find out his name is ‘John Doe’ after he checked out library books about the sins in that name.

The ending of the movie is both iconic and extremely cruel. 22 years after the movie’s premiere in September 1995, the ending is still tough to watch, as Somerset unwraps a box containing the severed head of Mills’ pregnant wife, leading Mills to kill Doe.

The famous line “WHAT’S IN THE BOX?!” has been parodied and referenced in many shows and movies since, but as the executive producer Arnold Kopelson recently pointed out to Entertainment Weekly, it wasn’t the only ending option on the table when the movie was written.

Andrew Kevin Walker wrote the movie and according to EW, it wasn’t easy at first to convince executives at major studios to approve the ending. (Walker told The Hollywood Reporter earlier this year that director David Fincher didn’t want to make the movie without the original ending, which had been changed in rewrites.) While the movie itself is disturbing for its cruel twists and plot as a whole, the ending itself is its own kind of evil.

Kopelson said early test audiences didn’t like the ending of the movie during two test screenings.

“The scores were only at 70 percent,” said Kopelson. “I was concerned that the film would be a disaster.”

Due to the questions over the conclusion the movie eventually went with, other endings were debated and nearly written into the movie.

On the movie’s DVD commentary option, Fincher detailed why the movie ended the way it did and the issues with the ending.

“The issue was always that the studio thought Doe needed to be thwarted some way,” Fincher said. “If he was going to take this guy’s wife and kill her and thereby kill the unborn child within her that he needed to not get the thrill of being killed by the person that he wanted to be killed by — which is a compelling argument, but I think you’re splitting hairs at that point. The double-edged sword of the movie is you give the vengeance-crazed audience their blood lust and what they come to movies for but at the same time you’ve spelled it out for them for the three minutes before the trigger gets pulled that [Doe wants to be executed] … and there are not enough bullets — you can’t do enough damage to him for it to ever be even.”

While the movie’s ending was extremely controversial, Seven still did extremely well for an R-rated film. The movie earned $327 million at the box office worldwide after a budget of $33 million. It was nominated for the Academy Award for Best Film Ending and won the MTV Movie Awards for Best Movie, Most Desirable Male, and Best Villain.

“My concerns [about the ending] were diminished by the fourth day of release,” Kopelson recalls. “There was a huge audience reaction which grew every day. For many weeks throughout the world, it played to packed theaters and it went on and on.”

Here is the storyboard version of one of the alternate endings.