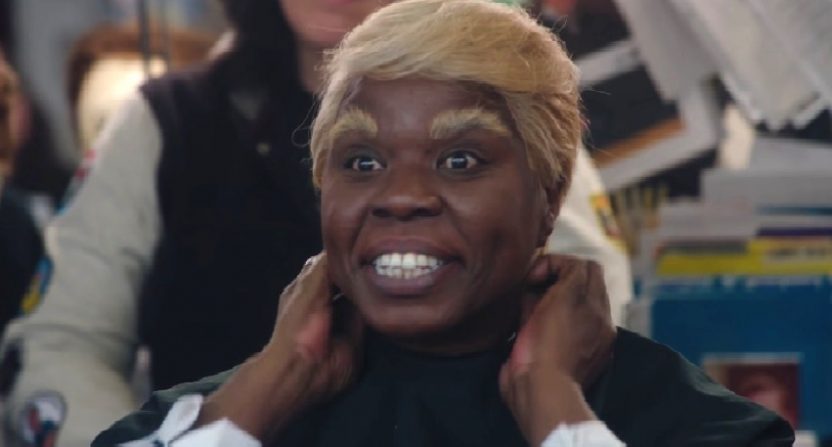 The bombastic debut of Melissa McCarthy as White House Press Secretary Sean Spicer on last week’s Saturday Night Live, and the subsequent report that former New Jersey Generals owner Donald Trump was upset that Spicer was portrayed by a woman, created a stir on the internet with speculation over which female celebrity should appear next as a member of the Trump administration.

Rosie O’Donnell quickly became the favorite due to her past history with Trump and her willingness to appear as Steve Bannon, which included changing her Twitter avatar to a photoshopped mash-up of herself and Bannon. Unfortunately, it wasn’t meant to be as O’Donnell didn’t portray Bannon, But we did get the return of McCarthy and the introduction of Kate McKinnon as newly confirmed Attorney General Jeff Sessions.

All of the talk on how SNL could irk Trump this week overshadowed the news that the show’s ratings this season are its highest in 22 years, and that the man responsible for a good portion of that ratings jump, Alec Baldwin, was hosting for the 17th time. With the hype building as the week progressed, this episode may not have lived up to expectations for some. But it was still a very solid addition to the ongoing fight between SNL and Trump.

Striking while the iron is hot, and ultimately running a bit into the ground, is one of the time-honored traditions at SNL. So obviously, Melissa McCarthy returned as Sean Spicer. McCarthy once again provided a stellar performance, but without the same level of surprise as last week’s sketch, this cold open, while still very good, didn’t reach the same heights.

Viewers may not have been given an appearance by O’Donnell as Bannon (or Trump), but SNL continued to goad Trump by having Leslie Jones don the Trump wig in an attempt to supplant Baldwin in the role. Her audition in front of Lorne Michaels goes about as well as you would expect. This sketch also had the latest chapter in the Kyle Mooney-Jones love saga, which is turning into a great season-long gag.

After McCarthy appeared as Spicer in the cold open, the possibility of Baldwin appearing as Trump outside of a pre-taped segment dwindled considerably. But an hour into the show, Trump walked into The People’s Court as the plaintiff against the three federal judges who stopped his travel ban this week. Calling back to a joke made by Spicer in the cold open, this sketch also features appearances from a shirtless Vladimir Putin (Bennett), Trump’s sons (Mikey Day and Alex Moffat), and Steve Bannon as the Grim Reaper.

Colin Jost and Michael Che bounced back after a few off weeks with one of their best Updates of the season. Helping them was the appearance of Senator Elizabeth Warren (McKinnon) who had a few questions for “Anchor Jost,” including a reference to a letter from The A.V. Club about Trump’s appearance last season.

While viewers may have had four years of McKinnon as Hillary Clinton snatched away from them, the weekly dose of McKinnon as everyone from Betsy DeVos to Angela Merkel has been a sight to behold. She’s starting to close in on Bill Hader and Dana Carvey as SNL’s best impersonator ever, and at this rate may pass them before the season is over.

SNL has had its share of issues attempting to parody White House Counselor Kellyanne Conway (McKinnon), and this disturbing sketch continues that trend. Conway breaks into Jake Tapper’s (Beck Bennett) apartment and a Fatal Attraction-esque scene unfolds that is sure to give Trump and his team some ammunition against SNL. But this depiction of Conway as a fame-hungry, mad woman may be the closest SNL has been to getting Conway right.

** This week SNL premiered a show on Snapchat, “Boycott,” starring Aidy Bryant and Beck Bennett as a couple who attempt to boycott products related to Donald Trump.

** Former cast member Tracy Morgan guest starred in a sketch alongside Kenan Thompson as one of Beyonce’s twins.

** In what may be the best New York Knicks news of the week, Leslie Jones appears alongside Knicks forward Kristaps Porzingis on the cover for latest issue of ESPN The Magazine.

Live from New York, it’s @nbcsnl’s Leslie Jones and @kporzee on the cover of ESPN the Mag’s Entertainment Issue!

** The Dominican newspaper, El Nacíonal, accidentally used a photo of Baldwin as Trump for a story on US-Israeli relations.

** Ed Sheeran performed “Shape of You” and “Castle on the Hill.”