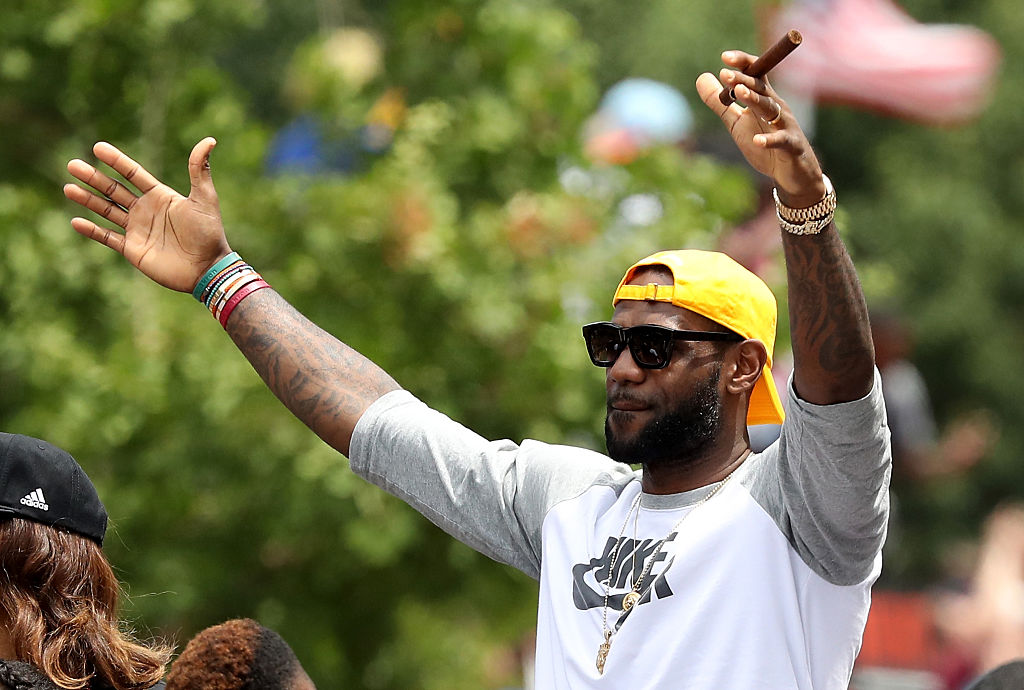 The end of 2016 brings us a ton of lists about what various people Instagrammed or Tweeted about a lot. What it also brings us is things like “what each state Googled the most.” The end result is a lot of weird search results.

Estately conducted the research by using Google Trends to discover what states searched the most. It’s an interesting thing to look at because there are lots of different people in every state. However, some things did stick out.

Here are some of our favorite sports related results (there were a lot).

Ohio was arguably the center of the sports universe in 2016, with the Cleveland Cavaliers overcoming a 3-1 lead to win the NBA Title, the Cleveland Indians blowing a 3-1 lead in the World Series, and the Cleveland Browns being laughably terrible. As a result, it’s not surprising to see all three things pop up in Ohio citizens’ Google search results. However, it is hilarious that the most Googled thing in 2016 in Ohio was in fact “3-1 lead.”

Colorado enjoyed another Super Bowl victory in 2016 during Peyton Manning’s final year. As a result, it’s not surprising to see both of those events were the most Googled in Colorado in 2016.

The Zika virus was a storyline in the 2016 sports world thanks in part to the 2016 Rio Olympics. While it didn’t play much of a role in sports in Florida in ’16, Jose Fernandez did. The tragic death of one of the best pitchers in baseball shocked the world of sports and especially sports fans in the Sunshine State.

Craig Sager was a massive Cubs fan and even had a “W” flag at his funeral and was born in the Chicago suburb of Batavia, Illinois. With his sad death occurring on December 15th, it’s surprising to see his name as the most searched term over the historic Cubs’ World Series win.

The world famous boxer Ali passed away at the age of 74 on June 3rd, 2016. Ali was from Louisville, Kentucky and a notable figure in the area. He was later buried in Louisville and his memorial and funeral was there as well.

Ryan Lochte isn’t from Massachusetts, but he was the most searched person and term on Google in Massachusetts in 2016. It’s a little surprising to see Lochte, Biles, Bolt, and Brexit among the most Googled terms in 2016 in Massachusetts during the same year Tom Brady served his suspension for his role in “Deflategate,” but then again, maybe Massachusetts sports fans are tired of that topic.

The legendary hockey player Gordie Howe played the majority of his NHL career for the Detroit Red Wings. Howe passed away at the age of 88 on June 10th, 2016. He was nicknamed “Mr. Hockey” during his career and considered one of the greatest hockey players of all time.

Colin Kaepernick had a very controversial year with his decision to kneel during the National Anthem. The San Francisco 49ers quarterback played college football at the University of Nevada.

Rather than turning to Twitter or The Players Tribune, Oklahoma natives went to Google to find out where Kevin Durant would be taking his talents for the 2016 NBA season and beyond. Sadly for Oklahoma City Thunder fans, they didn’t end up liking their Google search results.

The legendary golfer Arnold Palmer passed away at the age of 87 in Pittsburgh and was born in the Pittsburgh suburb of Latrobe. The King won the 5th most PGA Tour events of all time with 62 victories.

Idaho – How did Trump win?

Once again, you can find the results for all 50 states here.